Maruti takes its first crack at making a performance hatchback, but tries to keep its core values intact in the process. 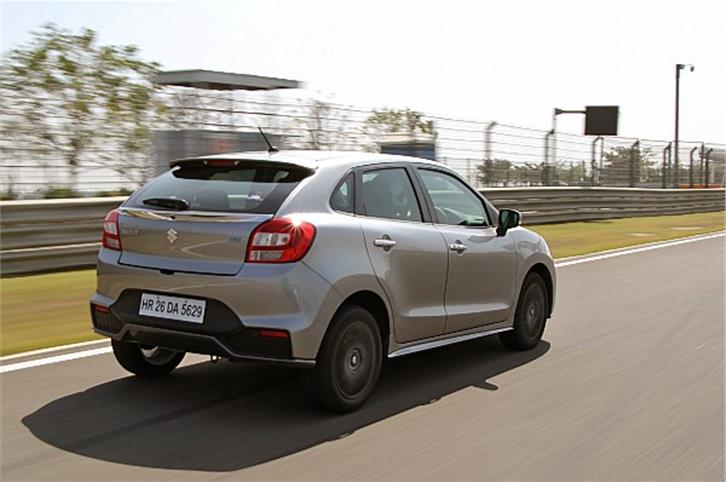 You know it’s probably a good time to consider buying a sporty hatchback when the country’s leading carmaker decides to make one. Maruti has a pedigree when it comes to making fuel-efficient, reliable and cheap-to-run cars, but for its first performance hatch, the company has for once let the fuel economy figure (21.4kpl) take a back seat in the brochure. But power is right at the forefront. It's called the Baleno RS and it uses a new 1.0-litre, three cylinder, direct injection, turbocharged petrol motor that makes 102hp and 150Nm of torque. At first, the numbers seem a bit underwhelming but factor in the car's light 950kg kerb weight, and it starts to make sense. Lighter than the competition it is, but you’d be surprised to know that the RS weighs 60kg more than its normal petrol equivalent. Of course, the new engine is heavier but Maruti tells us that much of this extra mass is a result of chassis strengthening. Still, that makes for a power to weight ratio of 107hp per tonne. And Maruti claims the suspension’s now 10 percent stiffer too.
But you won't be able to appreciate any of this until you drive the Baleno RS. What you will, however, are the subtle styling changes. To go with the sporty image, there’s a revised grille, and different bumpers at the front and rear; the latter looks particularly aggressive. And then the blacked-out headlamps, side skirts and the RS badge distinguish it from the regular car.

Inside the cabin, though, nothing’s changed. You get the automatic climate control, 7.0-inch touchscreen with navigation, Apple CarPlay and all the other standard infotainment features. Unfortunately, some low-rent buttons and plastics too have made their way into the RS, which is a let-down. The front seats, like the stock car, are large and comfortable with soft cushioning and generous under-thigh support (although we'd have liked a little more lateral support in a sporty car like this) and it is the same story in the back, where the ample legroom and wide bench give enough room for three adults. All in all then, Maruti has found a good middle-ground between performance and practicality, but it could have focused a bit to make the interior different from the stock car and thrown in a few more ‘RS’ bits, maybe?