How much of a sport is Maruti’s most powerful hatch? 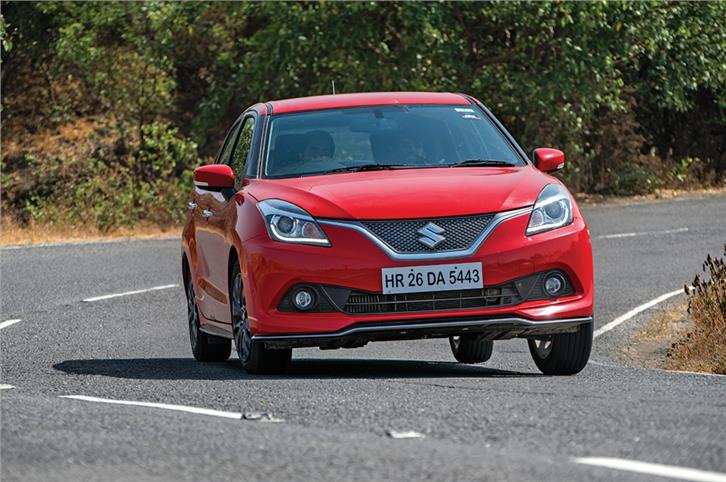 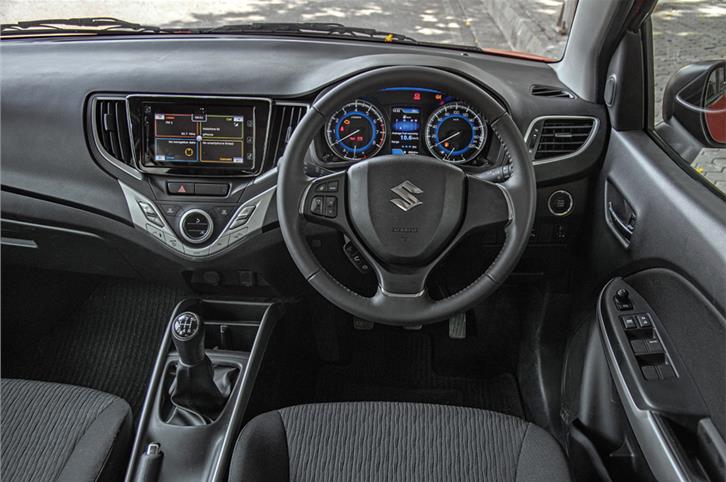 Cabin identical to standard Baleno. Overall quality is good, but not great. 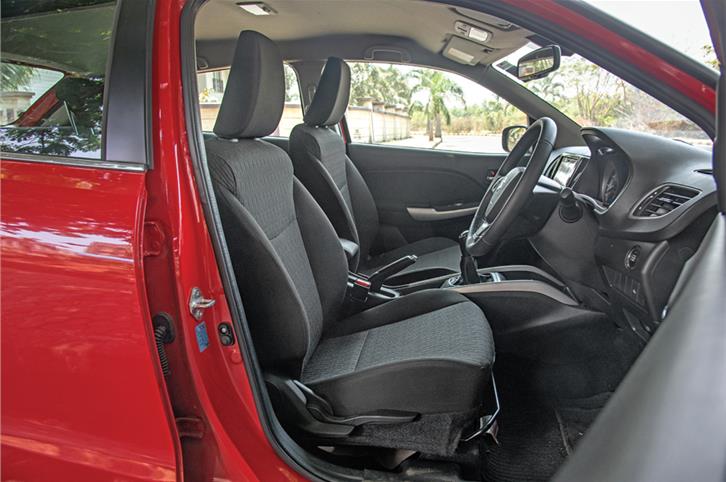 Driver’s seat is well-cushioned and it’s easy to find a good driving position. 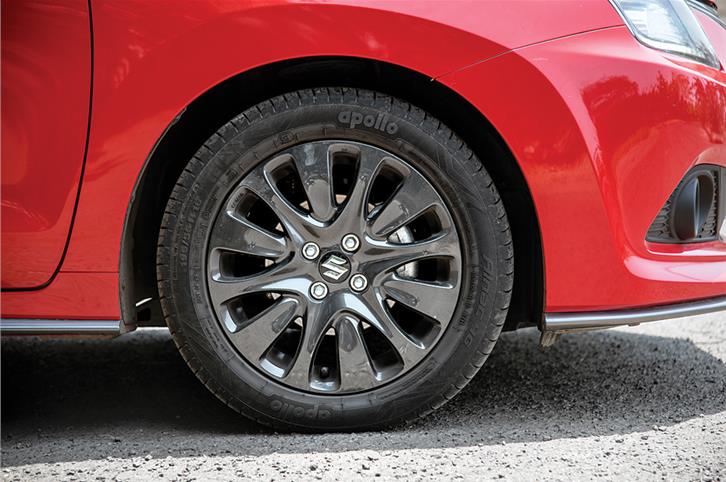 Blacked-out wheels are of same design and size as the regular Baleno.

What is it that makes a Baleno, a Baleno RS (short for Road Sport)? Let’s talk mechanicals first and go in increasing order of significance. The RS uses the same suspension as the standard Baleno petrol but it’s been stiffened by about 10 percent. The chassis has also been strengthened and is one reason why the RS weighs about 60kg more than the Baleno 1.2 petrol. Still, at 950kg, the RS is light and that can only be good for performance. To reign in the extra speed, it comes with rear disc brakes in place of the standard car’s drums. But leave aside everything else because the single ingredient that makes the RS the RS is its engine. It’s a 998cc, three-cylinder unit from Suzuki’s new Boosterjet range of direct injection, turbocharged petrol engines. It’s imported into India and is far removed from the K10 engines on the Alto, Celerio and WagonR.

Designed to be lightweight and compact, the all-aluminium engine integrates the exhaust manifold into the cylinder head and also makes use of a short intake. Fuel is injected directly into the cylinder at a pressure of 200bar from six hole injectors while the pistons’ wedge-shaped tops help enhance the air tumble and, correspondingly, combustion efficiency. A larger radiator and piston-cooling oil jets are part of the engine’s heat management package. To counter the soot build-up at the intake valve, which is a common issue with direct injection engines, Maruti recommends an engine additive every 20,000km.

Coming to the figures of real interest. The 1.0 engine produces 102hp at 5,500rpm and 150Nm at 1,700-4,500rpm. While more powerful than the standard Baleno petrol, the RS’ engine can’t match up to Ford’s 1.0 turbocharged, direct injection EcoBoost engine (125hp and 170Nm) on the EcoSport. What stings even more is that the Suzuki engine makes 111hp and 170Nm on the European Baleno. Maruti had to recalibrate the engine for our lower grade of fuel (it’s been tuned on 91 octane) and that’s why it makes the power it does.

It does 0-100kph in a respectable 10.25sec, which betters the Baleno 1.2’s time of 12.6sec, but is down on the Abarth Punto (9.32sec) that is more of a hot hatch if you look purely at the power figures. But get this; the Baleno RS is quicker than the Abarth through the gears. That’s partly due to the Baleno’s weight and also down to how much earlier the boost comes in. There is reasonable progress until the turbo kicks in at about 1,600rpm, and from there on you get a steady supply of power, until the limiter cuts in abruptly at 6,000rpm. You won’t get the same shove in the back as you do in an Abarth but it’s enough to keep you more than content. The RS’ engine does sound thrummy when extended but most of us agree, it’s a nice noise. What also makes the RS likeable is the drivability. You can often get by driving in a higher gear than warranted by the speed. Third gear, especially, is really flexible. The RS’ five-speed gearbox is slick in its own right, while the clutch is light.

But for its newfound performance, the Baleno isn’t a car that shines on a twisty road. Turn-in is quick but the steering doesn’t give the sort of connect you’d want. Also there is more body movement than you’d like and it doesn’t feel as tied down as its European rivals. The all-round disc brakes, however, are really good in feel and power, though we did note an increase in time and stopping distance over the regular Baleno, possibly down to the increased weight of the car. Ride quality, on the whole, is nice and supple.

What could pinch buyers is fuel economy. We got 9.7kpl in town and 17kpl on the highway. For reference, the Baleno 1.2 delivers 13.4kpl and 18.1kpl, respectively. On a hard charge up our favourite driving roads, economy dipped to 7.5kpl. You have to remember that this is not your average ‘fuel efficiency first’ Maruti.

For its part, Maruti has given the RS the requisite body addenda and blacked-out bits to set it apart from the everyday versions of the Baleno. Just wish the sportier theme was carried on to the inside too; the cabin is identical to the standard car. In a nutshell, the cabin does score for space and practicality but the hard plastics it uses aren't special enough, especially considering the sole version of the RS costs a substantial Rs 1.4 lakh more than the similarly equipped top-spec Baleno 1.2 Alpha. And that's the catch. At Rs 8.69 lakh, the RS is not a value proposition like most other Marutis. Regular buyers are unlikely to see any merit in the RS' higher acquisition and running costs. There is more in the RS for the long-ignored enthusiast though. It's a car that can make mundane daily commutes fun but it's still not quite the model you'd hoon around in. The overall feeling is that Maruti should have kept the Baleno RS in the oven a bit longer to come up with something a bit hotter. The RS in the name? It should stand for 'Reasonably Sporty'.