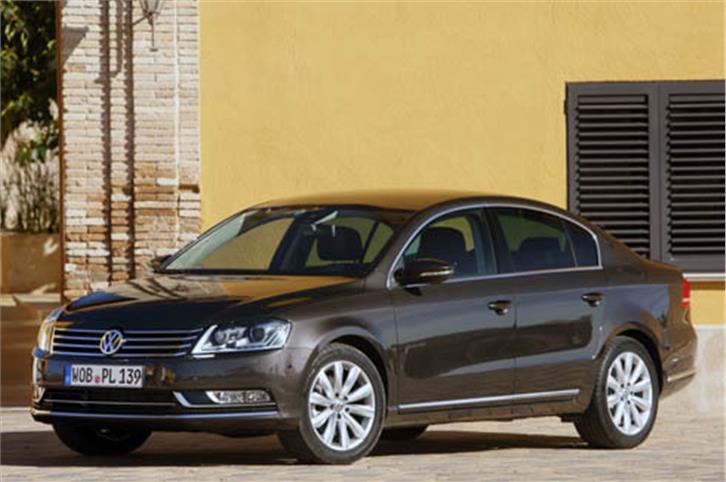 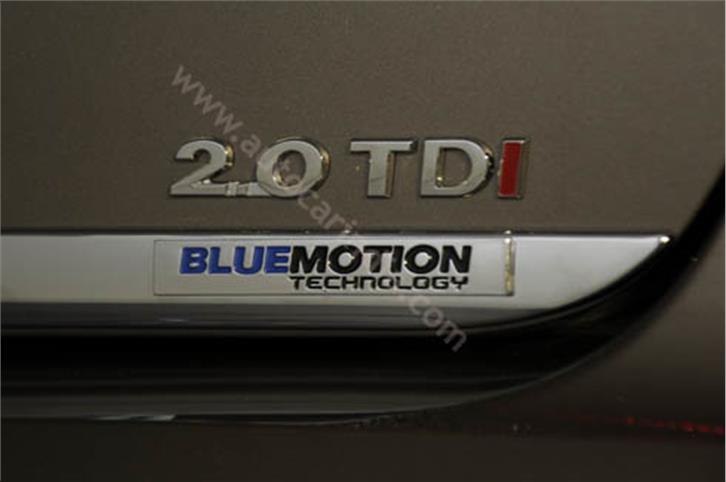 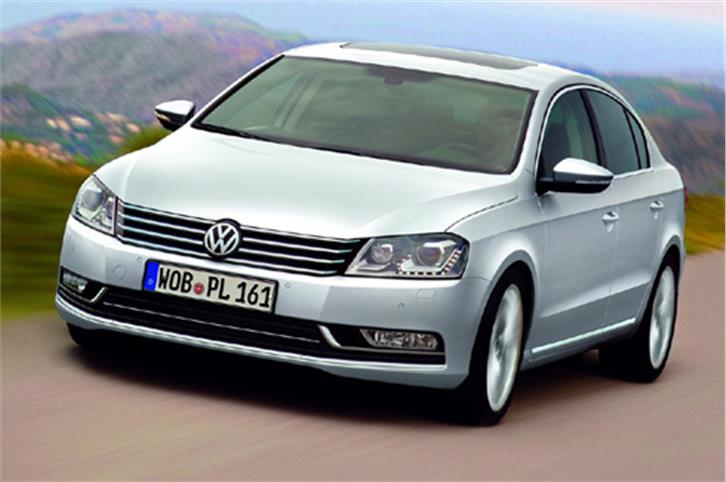 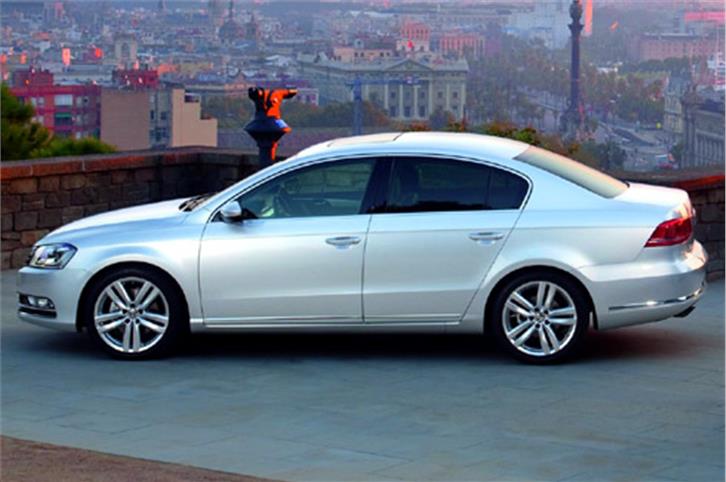 Volkswagen’s new Passat has just been launched in India. Now more grown up and luxury oriented, the new Passat comes to India with a whole host of electronic goodies, a new face and tons of improvements.

Although the new Passat doesn’t warrant a long gaze, VW has tried hard to make it more appealing, and has added plenty of flash and strong lines to the car. The nose, with its wide grille, resembles VW’s luxury car, the Phaeton and the headlights get an attractive string of LEDs surrounding them too. VW has also made the rear of the car neater, with its very compact looking taillights. The flanks of the car, however, aren’t new. The doors and roof are carried over from the earlier car, and these details only stand out if you place the old and new cars side by side.

The Passat is familiar on the inside as well. It looks very similar to the current car, with the wide horizontally-split dash and inset instruments dials but the interiors feel even better built and are more up-market.

VW has used plenty of chrome to liven up the cabin.  The new Passat gets an upgraded stereo and there are also new gizmos on offer like auto start/stop, brake energy recuperation, a DSG dual clutch gearbox, attention assist, acoustic sound lamination for the wind shields and even Park Assist. The latter actually steers the car into a parking space while the driver only modulates the brakes and accelerator.

The large ribbed seats feel even more comfortable to sit and the cabin feels slightly plusher as well. Space at the rear is sufficient too, especially shoulder and headroom. Rear legroom though is not as much as on the Skoda Superb or the Honda Accord.

Even after a brief drive, it’s pretty clear that this car is more refined. VW has made a huge effort to improve acoustic sealing on this car and the damping of the suspension has been improved too. So there’s less road noise even over coarse tarmac, and the suspension is impressively silent every time it goes through a ditch. Of course the roads in Europe are not as bad as those in India, but this car rides better for sure. The electric steering is accurate but as on the earlier car, it does not provide enough feel. Handling however is very sure footed and the Passat sticks to its line even as speeds rise. Just don’t expect this car to be as fun to drive as a BMW 3 Series; it’s not.

The Passat gets a 2.0 TDI for the Indian market. A familiar engine, the 2.0 TDI was earlier on sale in India putting out 138bhp. This one, however, puts out a considerably healthier 168bhp, and that instantly translates into a much stronger surge from the motor. Using the torque in the middle of the powerband is quite pleasing and the motor syncs very nicely with the six-speed DSG gearbox. VW’s common-rail engine is both smooth and responsive, and performance is extremely satisfying.

What VW has done is to improve the Passat in all areas. It is, as it says on the tin, more refined, more luxurious, better equipped and slightly more capable than the car it replaces. A car that’s improved in almost all areas the Passat makes a very strong case for itself. And with three competitively priced models on offer, the manual equipped Trendline at Rs 20.8 lakh, the Comfortline at Rs 23.8 lakh and the Highline at Rs 25.6 lakh, there should be one for most budgets.