Based on our real world tests, here’s a look at the Volkswagen Vento and Skoda Rapid TSI mileage figures. 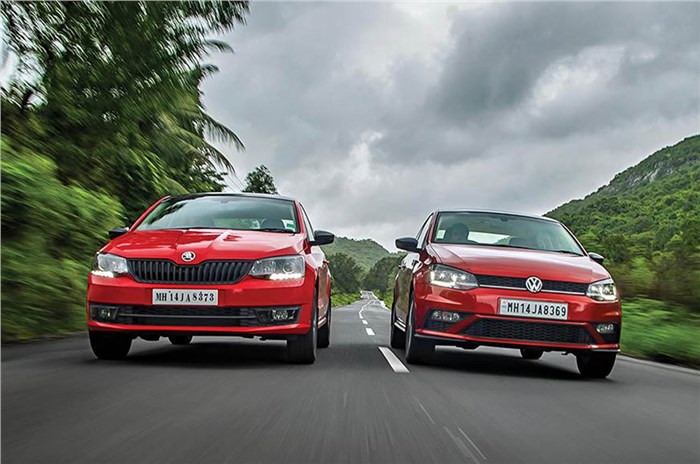 The Volkswagen Vento and Skoda Rapid are two identical mid-size sedans, which are due for a generation change soon. Despite their age, these two cars are powered by a modern direct-injection turbocharged petrol engine, that will power several upcoming, future generation Volkswagens and Skodas. We put the manual iterations of the Vento and Rapid TSI to the test to find out their real world fuel efficiency.

What is the real-world fuel efficiency of Volkswagen Vento and Skoda Rapid TSI?

The Volkswagen Vento and Skoda Rapid TSI both returned very similar figures of over 16kpl on the highway and a shade under 9kpl in city driving conditions. 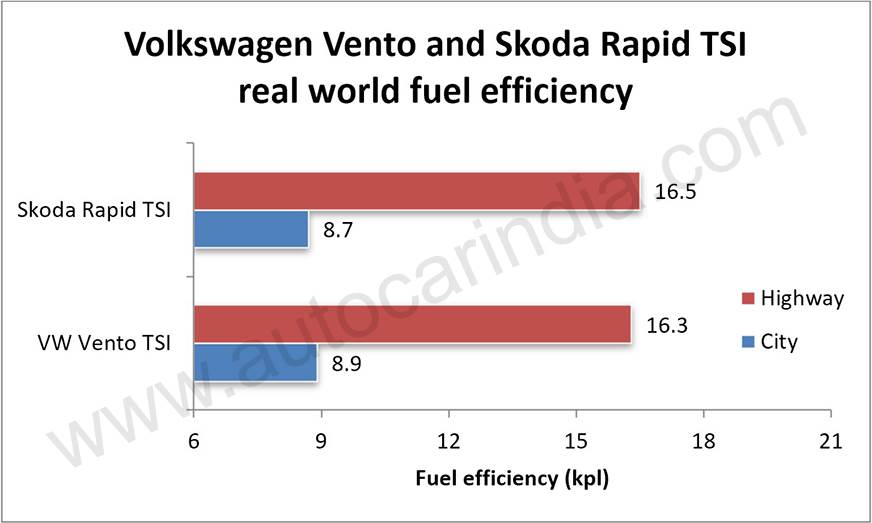 Like any modern turbo-petrol, the TSI too has a tendency to be extremely frugal when driven at steady speeds, and with six gears - three of which are overdrive gears - it delivers impressive highway economy. The Vento and Rapid TSI are both 1.4kpl more efficient on highways, than their older version with the 1.6-litre naturally aspirated petrol and a 5-speed manual gearbox. At 100kph, this TSI motor spins at a lazy 2,200rpm in sixth gear, consuming less fuel. In traffic conditions however, with constant on-off boost driving fuel efficiency takes a hit, resulting in single digit figures. It is worth a mention that the Vento and Rapid’s 1.6-litre petrols were more efficient than the TSI by 0.7kpl in our city tests.