The concept features a 77kWh battery, which Volkswagen says will have a range of up to 616km. 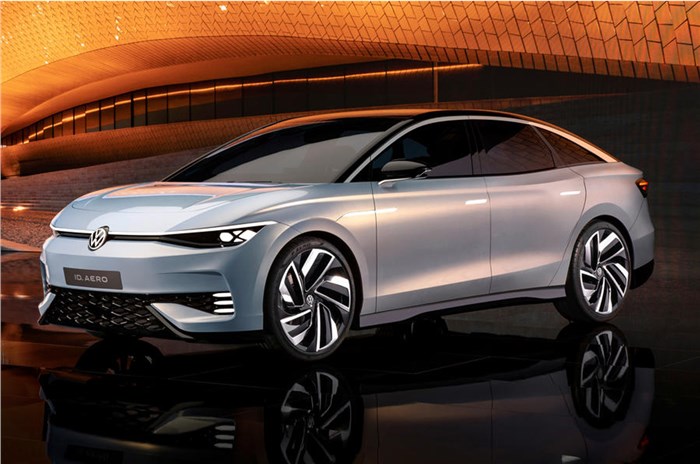 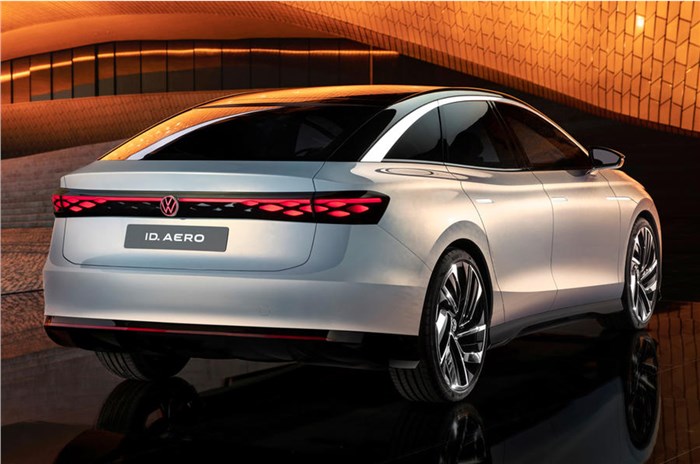 Volkswagen has previewed its future Tesla Model 3 rival in the form of a stylish sedan concept called the ID Aero, which will be based on the specially developed born electric (MEB) platform. The new sedan will initially go on sale in China, followed by other global markets.

Our sister magazine, Autocar UK, has been told that the ID Aero will take the ID 6 sedan name in production form. The production version will be the fifth Volkswagen ID-badged model after the ID 3, ID 4 SUV, ID 5 SUV and the recently unveiled Volkswagen ID Buzz.

Adopting the smooth-surfaced design established on other recently introduced ID models, the ID Aero concept is said to closely resemble the production version of Volkswagen’s fifth ID model, with minimal changes expected when the production version is unveiled at next year’s Shanghai motor show. Dimensionally, it is longer than the existing 4,767mm-long Passat. The wheelbase, meanwhile, is said to stretch close to 3,000mm.

A prominent Volkswagen badge forms the centrepiece of the ID Aero’s front-end styling. It is intersected by a light bar housing recessed headlights with new LED graphics on either side. Below, there is a structured bumper with three individual vertically stacked daytime-running lights at each corner and a high gloss black insert in the middle. A short bonnet takes full advantage of the packaging advantages offered by the MEB platform.

Further back, the ID Aero features a high waistline, with a deep etched groove running from the headlights all the way back to the tail-lights providing it with a distinctive shoulder line. It also adopts flush door handles and a wheelbase dimensioned to accept wheels up to 22-inch in diameter. The rear receives a high-set boot, a full-width wraparound light bar and an illuminated Volkswagen badge.

The concept features a 77kWh battery, which Volkswagen says will provide the production version of the ID Aero with a range of up to 616km on the WLTP test cycle. Other battery options are also in the offing, including a smaller 52kWh unit.

Volkswagen has yet to confirm the power options, but as with other ID models, including the closely related ID 4 and ID 5, the production version is expected to offer the choice of either a single-motor with rear-wheel-drive or a dual-motor with four-wheel-drive configurations. Outputs are set to extend from 181hp to 296hp.

Volkswagen is readying its EV strategy in our country and is expected to introduce the ID 4 EV SUV first. Sister-brand Skoda has already begun testing the Enyaq here, which, like the ID 4, is also based on the MEB electric platform.