The Yaris sedan scored four stars for adult occupancy and child occupancy in the latest round of crash tests; test model had two airbags unlike India-spec Yaris that has seven. 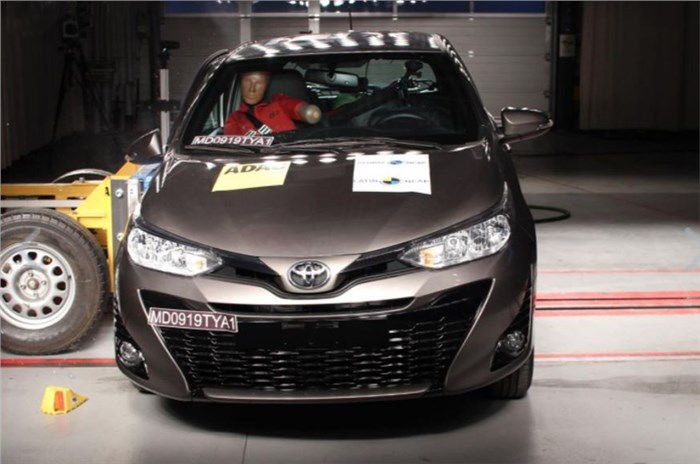 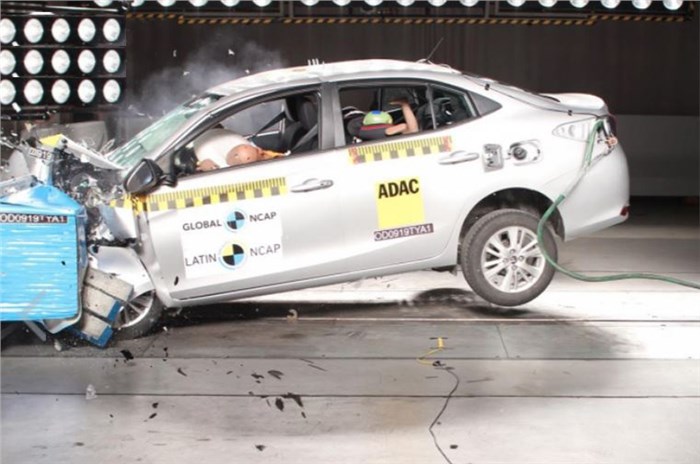 In the latest round of crash tests conducted by Latin NCAP, the Toyota Yaris has achieved a four-star rating. The made-in-Brazil sedan is equipped with safety kit such as dual front airbags, ABS, electronic stability control, front seatbelt pretensioners, seatbelt reminders and Isofix child seat mounts, which helped it achieve four stars for both, adult occupancy (26.99/34) and child occupancy (38.05/49).

Despite offering good protection overall, the body shell of the Brazil-spec Toyota Yaris was deemed to be unstable as it did not provide adequate protection for driver and front passenger knees, while the footwell area did not meet the crash test organisation’s norms.

A point to note: a four-star rating Latin NCAP for the Toyota sedan is not indicative of the India-spec Yaris’ crash worthiness. The Toyota Yaris for India meets India’s latest crash test norms but is yet to be rated by Global NCAP. A notable difference between the Brazil- and India-spec cars is that the Yaris for India gets 7 airbags as standard while the Brazil model gets only 2. Top-spec versions of the India-made Toyota Yaris also get electronic stability control. However, the sedan sold in India does not get Isofix child seat mounts on the rear seats.

The Toyota Yaris launched in India in April last year to rival the Maruti Suzuki Ciaz, Honda City and Hyundai Verna. Considering Yaris prices begin at Rs 9.29 lakh and go up to Rs 14.07 lakh, the Toyota is on the pricey side of the segment, which has not helped sales. Toyota Yaris sales from April 2018 to January 2019 were recorded at 11,142 units, which is a far cry from the segment-leader, the Maruti Ciaz, which sold 31,901 units during the same duration.