The solid state battery-powered concept car will be showcased at the 2020 Olympics in Tokyo, though mass production is expected to begin around 2025. 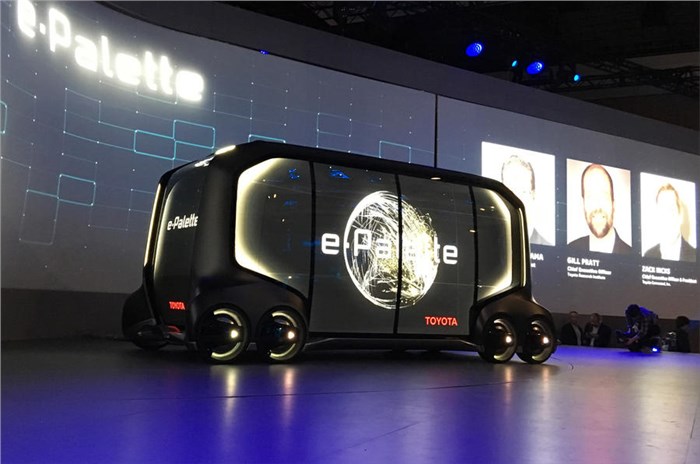 Toyota will unveil a vehicle powered by solid state batteries at the 2020 Olympics which will be held in Tokyo, as a means of showcasing its battery capability. This was revealed by the firm’s chief technology officer, Shigeki Terashi, ahead of the Tokyo motor show.

However, the solid state battery technology - which promises the potential for longer range in smaller and potentially cheaper battery packs which can also take charge faster - will not reach mass production until the middle of the decade, he added.

That timeline still puts Toyota at the forefront of solid state battery technology. While Volkswagen has talked of a similar timeline, BMW, with which Toyota has various partnerships, has indicated that it doesn’t expect to be selling electrified vehicles using solid state batteries until 2030.

The Olympic show car is expected to be based on the Toyota e-Palette, an autonomous platform that the firm has developed and which it is offering to partners to use to showcase their own self-driving technologies.

An updated version of the e-Palette is expected to be shown at this year’s Tokyo motor show.

Terashi also confirmed that Toyota expects to launch its first electric car for sale in Europe at the start of the 2020s, with multiple variants expected to be developed across the Toyota and Lexus brands according to public demand.