We’ve compiled a list of the star cars that will be unveiled at this year’s Tokyo Motor Show. 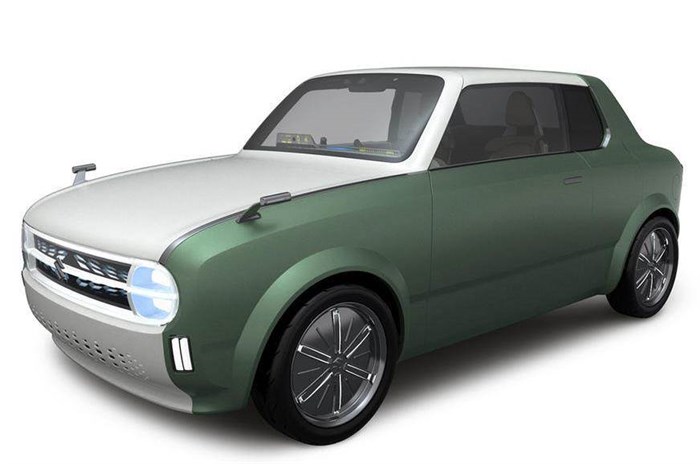 Every edition of the biennial Tokyo motor show explores a different facet of Japan's unique automotive industry. Some put an unabashed focus on performance while others place technology front and centre. What never changes is that the event is dominated by Japanese carmakers – you won't hear much from European, American and other Asian brands – and the companies that display cars in Japan's capital are on a bold quest to show their wild side. This is their chance to shine on their home turf.

The 2019 Tokyo motor show opening its doors on October 24 will, somewhat unsurprisingly, highlight electrification. Most of the production and concept cars scheduled to break cover during the event will incorporate some degree of electrification, whether it's mild-hybrid technology or a battery-powered drivetrain.

Here are the cars we expect to see in the Big Sight convention centre; though keep in mind that carmakers often announce new models days, hours and even minutes before the show starts. 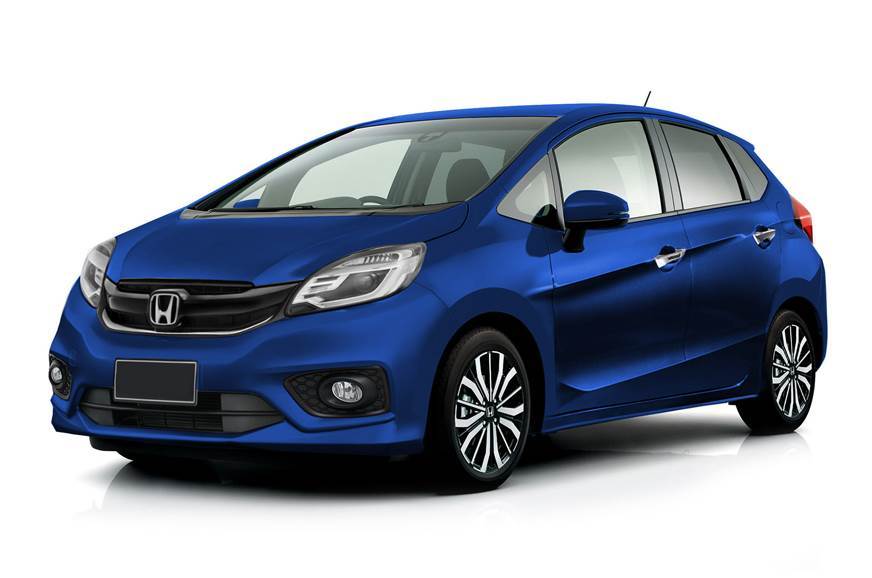 The next-generation Honda Jazz (known as the Fit in Japan and some other markets) will exclusively be available with petrol-electric hybrid powertrains. Honda previously explained that it developed a more compact version of the twin-motor i-MMD hybrid technology (equipped in the CR-V) to be used in smaller cars. While additional details remain few and far between, spy shots show a front end that falls in line with Honda's current design language and familiar proportions. 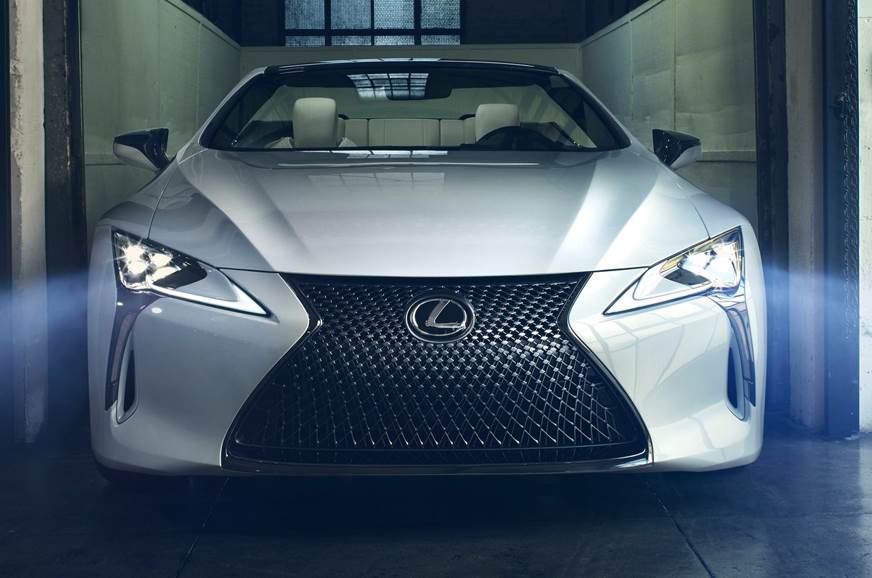 The Lexus concept car will introduce in Tokyo will take it into the electric car segment for the first time. It's a small, city-friendly model with a tall roof that clears up a generous amount of cabin space. Screens positioned on either side of the steering wheel display the infotainment system and the model relies on innovative in-wheel electric motors for power. While it will be presented as a simple design study, Lexus strongly hinted at least some parts of it will reach production in the coming years. "We feel that our future could resemble this design,” Lexus vice-president Koji Sato told our sister publication, Autocar UK. 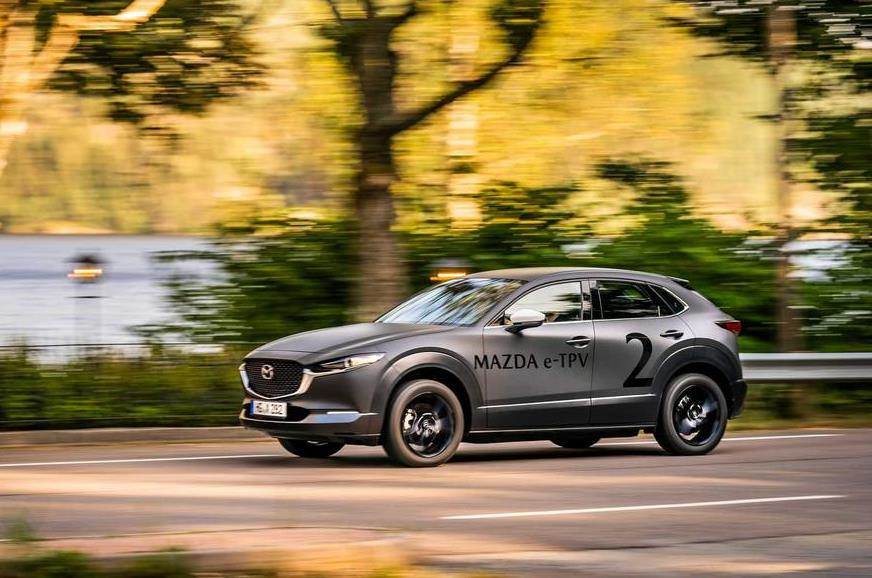 Mazda's Wankel rotary engine will make a long-awaited comeback in Tokyo – but don't look for a follow-up to the RX-8 on the show floor. It will perform range-extending duties in the company's first series-produced electric car. We haven't seen it yet, as the test mules are all disguised as CX-30s, but we know it will arrive as a standalone model rather than as a battery-powered variant of an existing nameplate. It will be an SUV with a 35.5kWh lithium-ion battery pack that zaps a 142hp motor into motion. 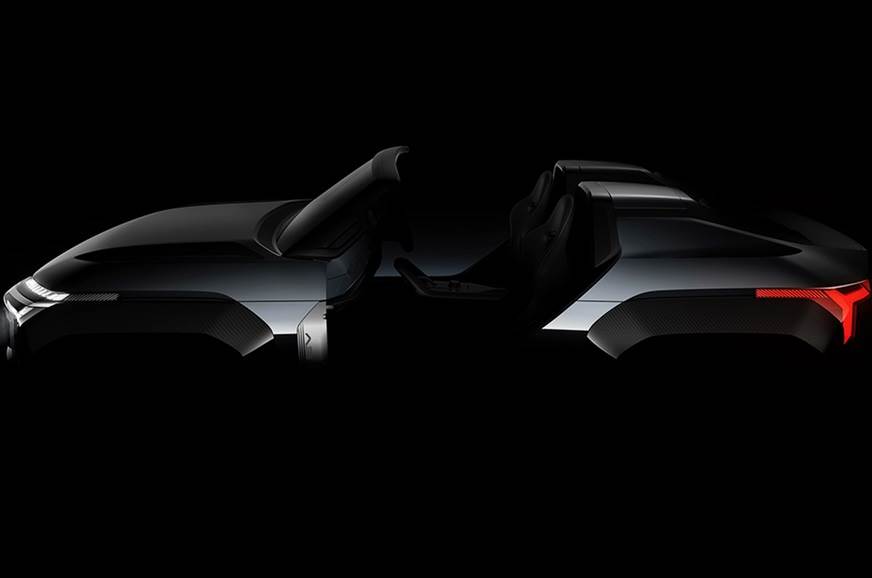 Mitsubishi's Tokyo-bound concept will primarily serve as a preview of its next plug-in hybrid drivetrain, which swaps the traditional combustion engine for a gas-turbine generator. The company pointed out that it made the powertrain smaller and lighter than the one currently found in the Outlander, in order to electrify more compact models like the Eclipse Cross. A selection of preview images show that the technology will be showcased in a futuristic-looking SUV with externally-mounted speakers and carbon-fibre inserts. 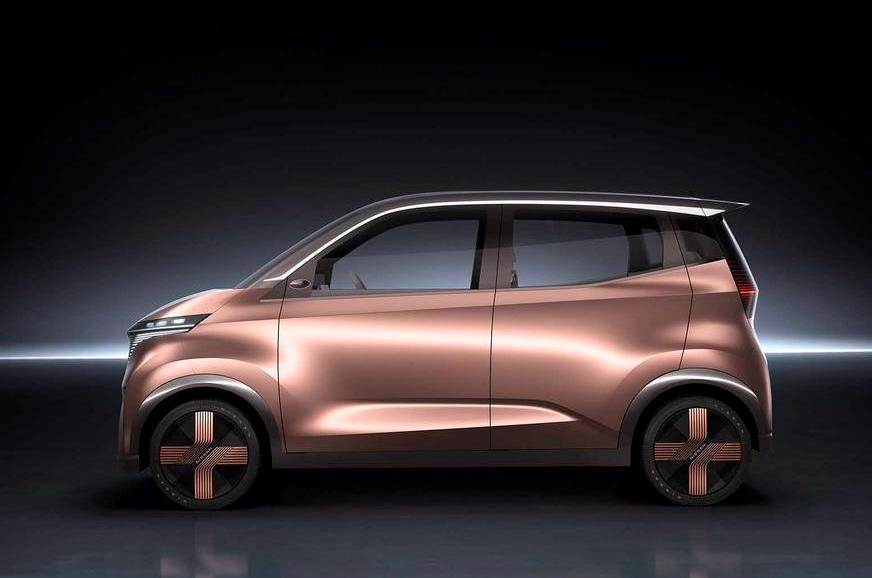 As with most Japanese kei cars, Nissan's new IMk concept is tall, boxy and geared towards urban mobility; but in a break from convention, it sits atop an all-new EV platform and showcases the firm's plans for the future of small cars. The concept builds upon Nissan's Intelligent Mobility programme with a lounge-style interior and lack of physical controls. Early suggestions are that it could be sold globally. 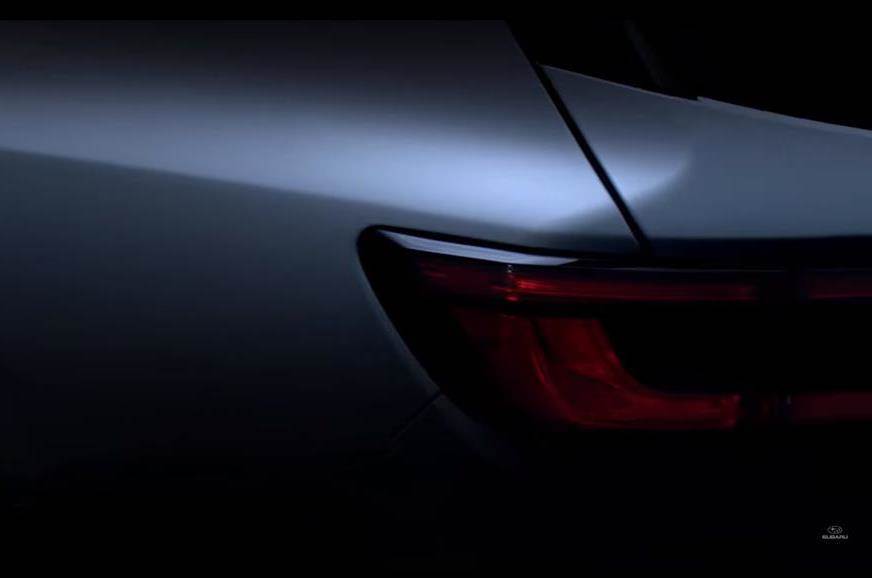 The next generation of Subaru's Levorg estate will arrive with a more streamlined design and an array of electronic driving aids. As the company's teaser video noted, we're "in an era where autonomous driving technology is widely spreading," so it's reasonable to assume the scope of its EyeSight suite of driver-assistance features will be expanded. At the other end of the spectrum, Subaru will send off the 20-year old EJ20 flat-four engine with a commemorative WRX STI limited to 555 examples. 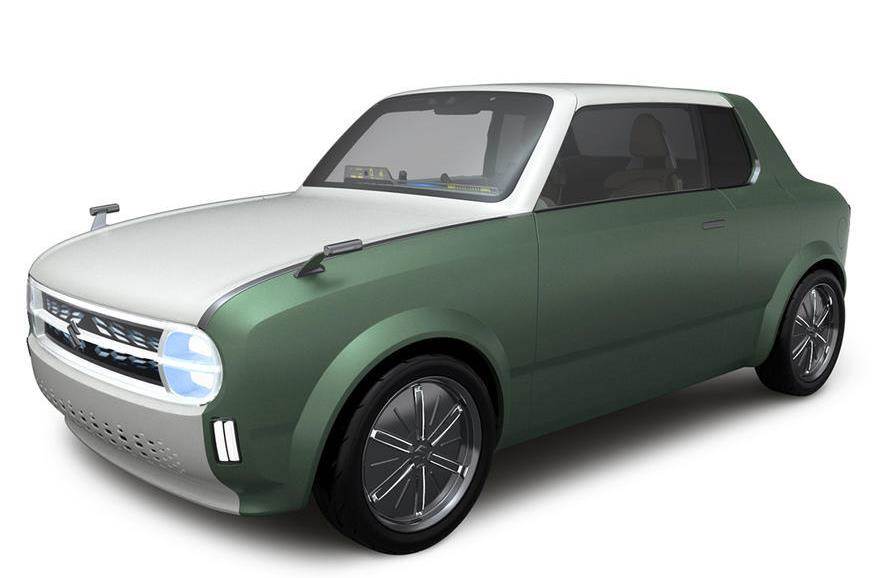 Suzuki's big themes for Tokyo are mobility and personality, as embodied by its retro-styled show star – the Waku. An ultra compact plug-in hybrid model, the Waku features a number of design elements that can be swapped out according to personal preference, and is intended for families to "share fun and excitement." 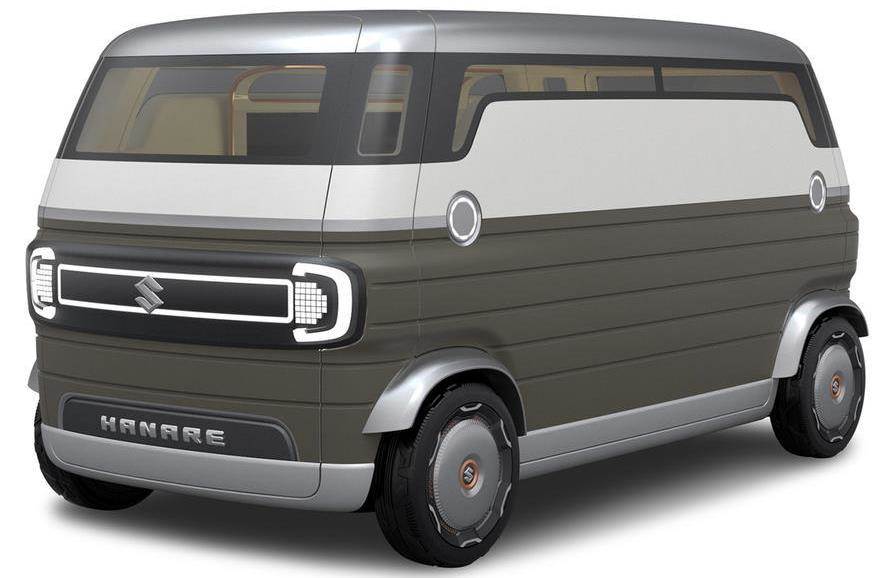 The Hanare – taking its name from the Japanese word for 'a small dwelling attached to a house' – is Suzuki's take on the autonomous shuttle. As with the Waku, it blends futuristic technology with 1960s-style design elements, and is said to be fully customisable, based on intended use. 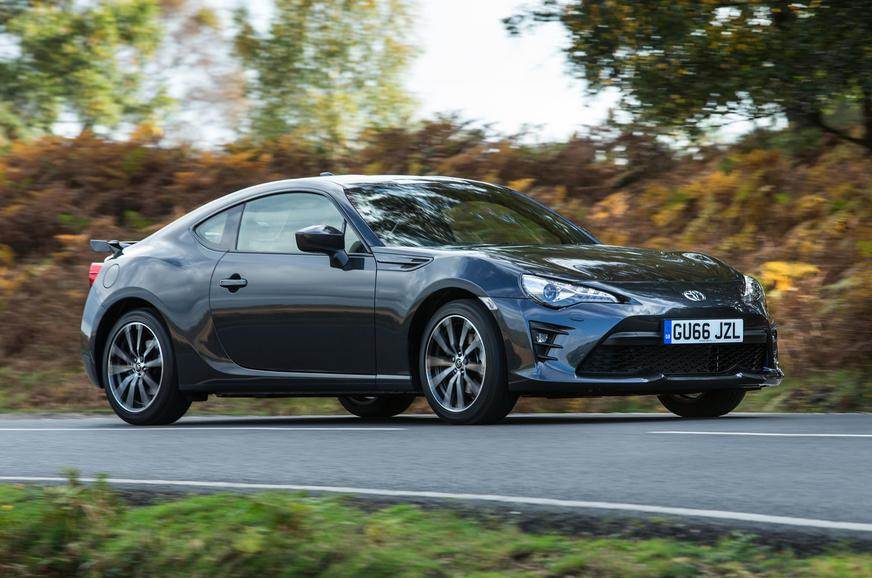 The coupé segment is not a happy, lucrative part of the industry to be in but Toyota managed to put together a business case for a second-generation GT86. Unverified reports claim the model will make its debut as a close-to-production concept during the Tokyo show and we wouldn't be surprised to also see Subaru's next BRZ basking under the bright lights. Both will be made available in international markets by the end of 2020.

The two coupés won't look exactly alike, this time around. They'll each have a different personality, but will remain identical under the sheet metal. Power will allegedly come from a naturally-aspirated variant of the turbocharged, 2.4-litre flat-four engine used in the XL-sized Ascent SUV manufactured and sold in America.