New service allows customers to order spare parts online and have it delivered to their door-step. 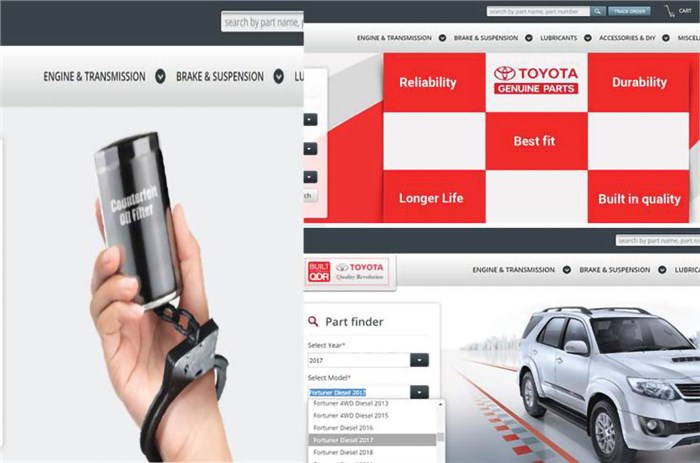 Toyota has introduced a new 'Door Delivery' service in India, a first-of-its-kind initiative, to allow its customers easier access to the company’s genuine spare parts. The new initiative builds on the company’s ‘Toyota Parts Connect’ service introduced in 2015, and will allow Toyota customers to either opt for a pickup of parts ordered online from their nearest dealership or get them home delivered.

While the 'Door Delivery' service is presently available in 12 key cities, it will be scaled up across India by end-2021.

Aside from introducing the new service, Toyota says that it has increased the range of products offered under its ‘Toyota Parts Connect’ programme which will now also include car-care essentials, engine oil, tyres as well as batteries, apart from brake and suspension, engine and transmission, AC and steering system components.

Speaking on the new service, Naveen Soni, senior vice-president, Toyota Kirloskar Motor said, "Genuine parts play a vital role towards safety of customers and vehicles, and therefore, it’s our continuous endeavour to improve the accessibility and availability of genuine parts for a user-friendly experience. This initiative will further help us to move one step ahead in providing expediency in procuring genuine spare parts, making it an easy and stress-free process for our customers."

Toyota is also expected to launch its pick-up, the Hilux, in India in the coming months.