Toyota Harrier likely to be called Frontlander outside Japan

Toyota Frontlander SUV will be aimed primarily at left-hand-drive markets like the Middle-east, North America. 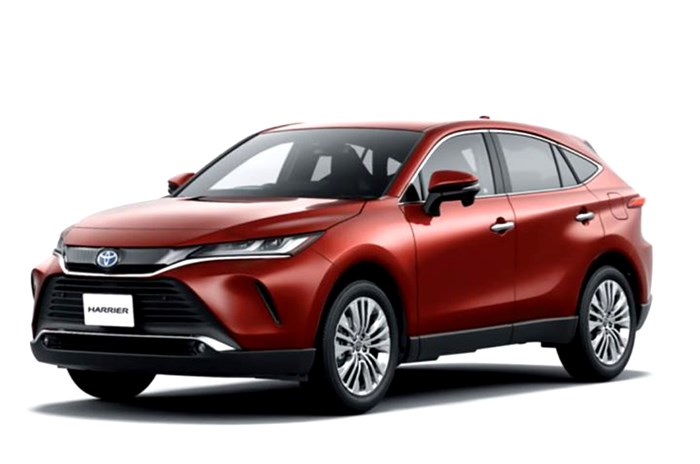 Toyota Frontlander will be based on the new Harrier SUV.

Toyota will soon introduce the latest-gen Harrier SUV to more international markets. The company will, for the first time, introduce a left-hand-drive version of the SUV that will go on sale in China and be called the Toyota Frontlander. The new Toyota Frontlander SUV will be built locally in China itself, under the GAC-Toyota partnership.

The Toyota Harrier, currently in its fourth generation, is based on the new TNGA modular platform and has a four-door high-riding coupé styling, as indicated by its receding window lines and heavily raked rear windshield. On the inside it gets a well-appointed cabin with a mix of faux wood, leather and aluminium, along with a lot of features, including a 12.3-inch touchscreen and touch-sensitive controls for the air-con system. The instrument cluster on the new Toyota Harrier (Frontlander) is a more conventional unit, with twin dials on either side of a larger, colour MID.

We expect the Toyota Frontlander to come with the same powertrains as its Harrier. These include a 2.0-litre direct-injection, four-cylinder engine good for 171hp and 207Nm of torque mated to a CVT gearbox. The hybrid version gets a 178hp, 2.5-litre petrol engine paired with a front-mounted 88kW electric motor in 2WD form, giving a total system output of 218hp. Four-wheel drive models get an additional 40kW electric motor powering the rear axle, giving it a virtual all-wheel-drive system that’s similar to the Vellfire MPV on sale in India. Total system output for the four-wheel-drive hybrid version is 222hp.

Along with China, Toyota will most likely introduce the Frontlander in more left-hand drive markets like the Middle-east, and even North America. As far as India goes, neither the Harrier, nor the Frontlander will make it to our market. However, the company will introduce the Urban Cruiser compact SUV, sometime later this year.