Changes to the Toyota Harrier are mostly cosmetic and accessories, but there are revised dampers on offer too. 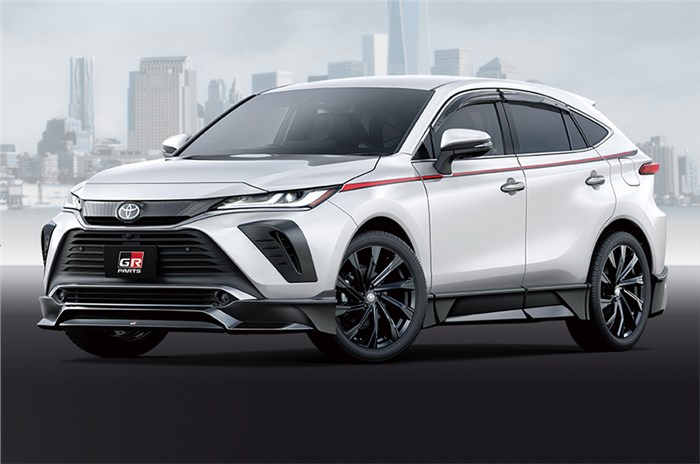 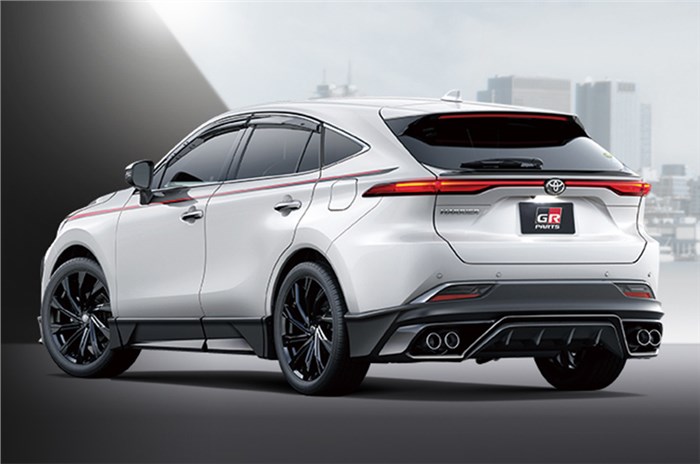 Following its reveal earlier in the year, Toyota has now released official accessories for the Harrier SUV in the Japanese market. Catalogued under GR parts in the company’s TRD division, the accessories add a dash of sportiness to the Harrier. There are some functional add-ons too.

While we are familiar with the Tata Harrier, the Toyota Harrier's pedegree is much older - the first generation of the SUV rolled out in the late '90s in Japan. The SUV also formed the basis for Lexus’ RX luxury SUV when it first made its debut. Currently in its fourth generation, the Harrier is classified as a midsize SUV in international markets, and is offered with either a petrol engine or a petrol-electric hybrid drivetrain.

What are the cosmetic accessories offered by TRD?

Starting with the looks, the GR accessories come in the form of a sportier, blacked-out front spoiler, side skirts and a rear diffuser, along with a quad-piped stainless steel exhaust. Other add-ons include garnish along the air vents on the front bumper, black-finished 20-inch alloys – tyres will have to be purchased separately – a black and red stripe along the beltline and a spoiler element atop the tail-lamps.

These aside, TRD also offers more generic accessories such as sun film for the windows, floor mat for the boot, a sunshade, and more.

Are there any non-cosmetic accessories?

While TRD has yet to delve into improving the engine performance, it has introduced performance dampers as an accessory. The new dampers are said to improve the Harrier's ride quality and high speed manners.

Moving to the Indian market, Toyota is currently readying to launch its Maruti Vitara Brezza-based compact SUV in the coming months. The new compact SUV is expected to be badged 'Urban Cruiser' and will feature soft-part changes to differentiate it from the Vitara Brezza. Also on the cards is the recently revealed Toyota Fortuner facelift, but it is only expected to arrive in 2021. As for the Toyota Harrier, there is no news about plans to introduce it in India.

Naveen Soni talks about the Toyota Glanza and more

Toyota Yaris, Glanza get discounts, benefits of up to Rs 72,500