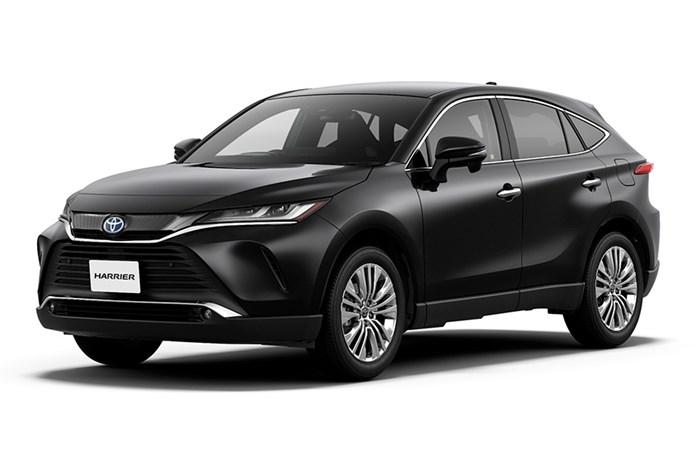 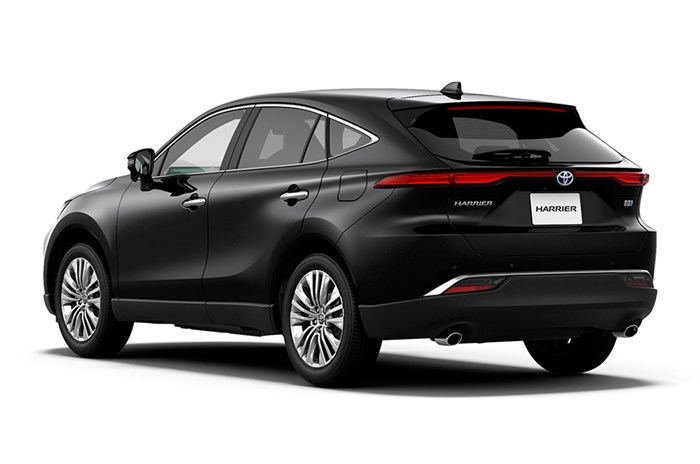 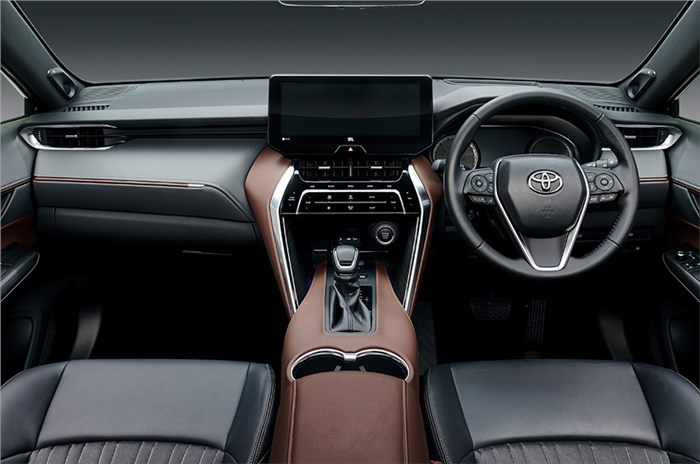 Toyota has officially revealed the new generation of its Harrier SUV in Japan ahead of its launch in international markets later in the year. Now entering its fourth generation, the Harrier was first launched in Japan in the late 1990s, and the SUV formed the basis of the Lexus RX.

The fourth-generation SUV migrates to the company’s TNGA platform – as do other new global Toyotas ­– along with a sportier design as compared to the outgoing third-gen model. In profile, the new Harrier has a coupé look to it, accentuated by the receding window line and heavily raked rear windshield.

The long bonnet helps give it a sleek profile. The front fascia is dominated by a large central air-dam with a band of chrome along its upper and lower edges. The all-LED headlamps and grille are now sleeker units; the former feature J-shaped LED DRLs in line with the new Corolla in international markets. Like its predecessor, the new Harrier’s grille is closed off, except for a narrow opening along the lower edge, though the Harrier badge now makes way for a Toyota logo.

Round the back, there are new slim LED tail-lamps with a light-bar that extends into the central Toyota badge on the boot-lid. Sitting atop the tailgate is a notable spoiler; a second faux-spoiler-like element is positioned between the rear windscreen and the tail-lamps.

Inside, the cabin features a mix of leather and brightwork replete with an all-new dashboard design. A large 12.3-inch touchscreen sits atop the centre console. Touch-sensitive controls for the air-con system and touchscreen are positioned lower down, and the engine start-stop button is located even lower. The instrument cluster is a more conventional unit, sporting twin dials on either side of a larger MID display.

There is plenty of tech on offer too – a JBL audio system, an electrochromic panoramic sunroof, the company’s Safety Sense collision mitigation system, a digital rear-view mirror, a JBL audio system and more. The carmaker also says the hybrid model gets a 100V AC/ 1,500W accessory power outlet, allowing the car to be used as a power generator.

The new Harrier gets a choice of petrol or hybrid powertrains, and both have the option of four-wheel drive. The standard petrol SUV is powered by a 2.0-litre direct-injection four-cylinder unit good for 171hp and 207Nm of torque paired with a CVT gearbox as standard. The hybrid model is powered by a 178hp, 2.5-litre petrol engine paired with a front-mounted 88kW electric motor in 2WD form giving a total system output of 218hp. Four-wheel drive models get an additional 40kW electric motor powering the rear axle, giving it a virtual all-wheel-drive system that’s similar to the Vellfire MPV on sale in India. Total system output is bumped up to 222hp in the four-wheel-drive model. As with the petrol unit, a CVT gearbox is offered as standard.

Toyota has no plans to launch the Harrier SUV in India. The carmaker is set to bring in a special edition of its Fortuner SUV soon, though. The Fortuner is also set to undergo a facelift in the coming months.