The Fortuner GR-S SUV sits above the Legender; gets a 204hp, 2.8-litre diesel engine mated to a six-speed automatic gearbox 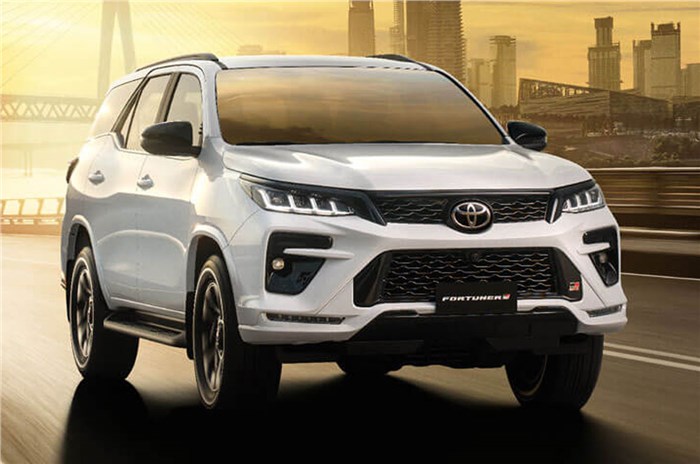 The Fortuner GR-S gets cosmetic tweaks that differentiates it from the standard Fortuner and the Legender. These include a new front grille, tweaked front and rear bumpers, all-black alloy wheels, and GR badges on the grille, fenders and boot lid.

On the inside, the SUV gets an all-black interior with red stitching, GR badging on the steering wheelstart-stop button, a new instrument cluster and sportier looking pedals. Like some versions of the standard Fortuner and Legender, the GR-S gets a wireless charger, a JBL sound system, powered tailgate and an 8.0-inch infotainment system.

The India-spec Fortuner GR-S is available solely with a 204hp, 2.8-litre diesel engine paired to a 6-speed automatic transmission with four-wheel drive. A petrol variant will not be available.

The GR-S sits above the Legender 4X4 variant in the Fortuner line-up. It rivals the MG Gloster and Mahindra Alturas – the only other SUVs with body-on-frame construction in this price bracket. The Fortuner will soon take on the upcoming monocoque-based Jeep Meridian SUV, and the GR-S could be Toyota's attempt to increase the variants in the Fortuner line-up to make it more tempting, just before the arrival of the Meridian.