With this facelift, Toyota will update the design and features list of the Fortuner SUV. 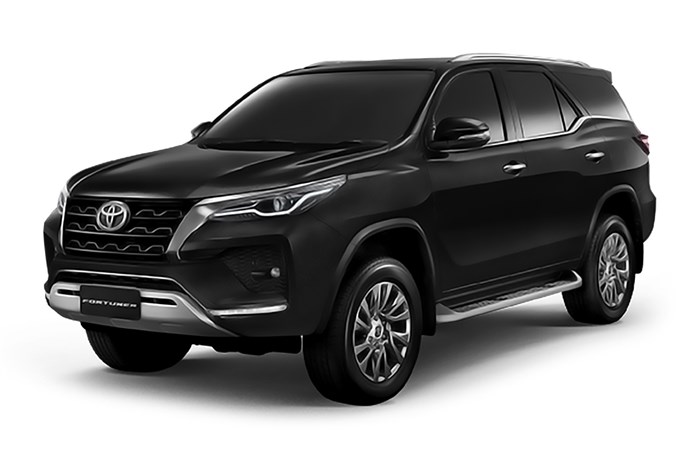 A big change for the 2021 Toyota Fortuner facelift will be its exterior styling. It will get a reworked front-end comprising of a larger mesh-pattern grille, redesigned LED headlights that incorporate LED DRLs, a reshaped front bumper and a fresh set of 18-inch alloy wheels. Around the back, there will be new, slimmer-looking LED tail-lights. Besides these changes, the overall design will remain similar to the current model.

On the inside, the Fortuner facelift will carry forward its overall interior styling and layout. However, there will be some key changes, such as the larger, 8.0-inch touchscreen infotainment system that will come with Android Auto and Apple CarPlay compatibility. The international model also gets a mildly updated instrument cluster, 8-way power-adjustable driver and co-driver's seats, wireless smartphone charging, LED ambient lighting, a 9-speaker JBL audio system and a 360-degree camera. These features are expected to make their way to the model offered in India.

In terms of engine options, the Fortuner facelift is expected to continue using the 2.8-litre, four-cylinder turbo-diesel engine the current model comes with. However, it has yet to be confirmed whether the Fortuner’s diesel engine will come in the same 204hp and 500Nm state of tune as in international markets, of retain the current model's 177hp and 450Nm (420 Nm with the manual gearbox).

Like with the diesel engine option, Toyota is also expected to retain the 2.7-litre, four-cylinder petrol engine that makes 166hp and 245Nm of torque, for the Fortuner facelift.

Once launched in India, the Toyota Fortuner facelift will continue to compete against the other large, three-row, ladder-on-frame SUVs like the MG Gloster, Ford Endeavour and the Mahindra Alturas G4.

We expect Toyota to price the Fortuner facelift higher than the current model (prices range from Rs 28.66-34.43 lakh, ex-showroom, Delhi). However, we will have to wait and see how much the prices will increase by.