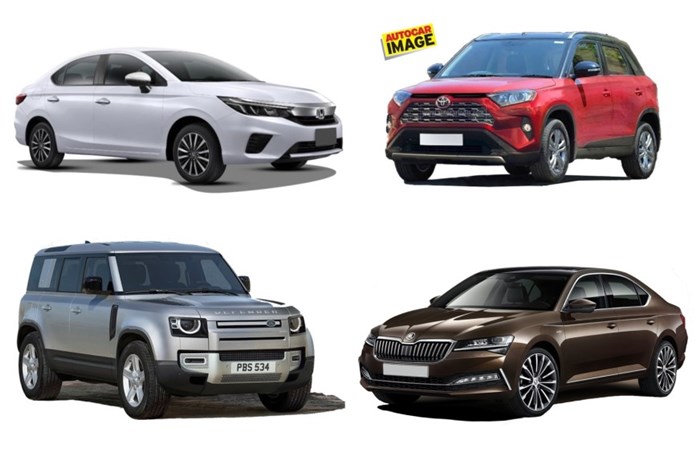 When the nationwide coronavirus lockdown is listed, these are the new cars, SUVs and facelifts waiting in the wings for launch.

The ongoing lockdown has brought business to a virtual standstill, and the auto industry in particular has been among the worst hit. Carmakers are raring to make up for the lost time so expect a flurry of launches as the lockdown lifts. We’ve listed all that’s coming and categorised the models by estimated starting price. Scroll down to see all the cars, SUVs and MPVs that are headed to a showroom near you. 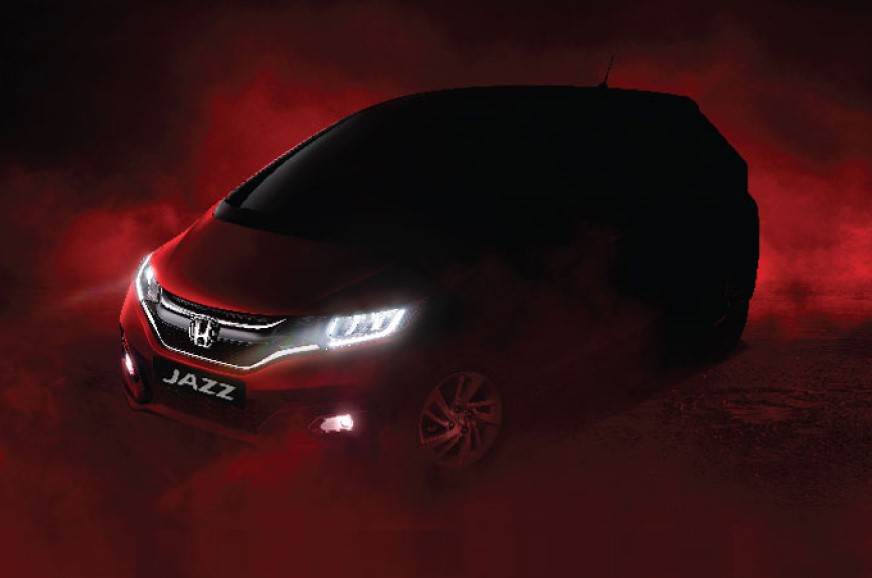 Honda has already teased the BS6 Jazz that is set to get a mild makeover with a tweaked front grille and bumper and LED headlamps and DRLs. The interior design and features list are expected to be carried forward with minimum revisions. Existing powertrains will make a transition to BS6, with only the petrol getting an automatic on offer. The BS6 Jazz is waiting in the wings and will be introduced soon, with prices expected to move up to Rs 7.6-9.8 lakh. 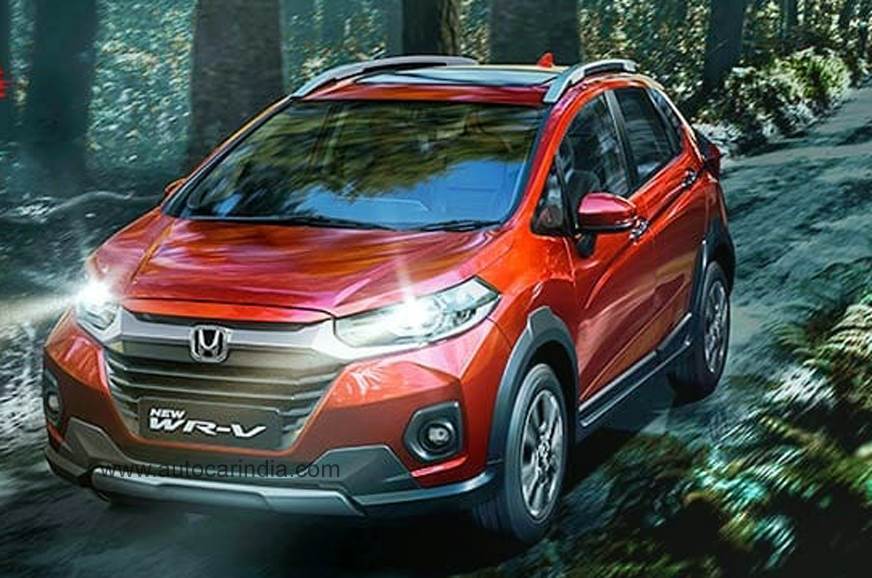 Honda’s Jazz-based cross-hatch will soon be spruced up. A more chiselled out front bumper, slatted front grille, LED projector headlamps and LED tail lamps will round upstyling updates on the WR-V facelift. Changes to the cabin and equipment list will be kept to a minimum. Both the petrol and diesel engines will be updated to BS6 emission norms. With a mild mark-up, the WR-V is expected to carry a Rs 8.3-10.8 lakh price tag. Kia will enter the compact SUV segment with the production version of the Sonet concept that broke cover at Auto Expo 2020. Though it will share its underpinnings with the Hyundai Venue, the Sonet will boast of a remarkably different and muscular design, a plush cabin and premium features like a 10.25-inch touchscreen, a Bose sound system, a 360-degree camera, drive modes and leatherette upholstery. The Sonet will have the same powertrain options as the Venue, though a diesel-auto combination will be unique. Kia is aiming for the Sonet launch around August this year, at an expected price of Rs 7-11.5 lakh. 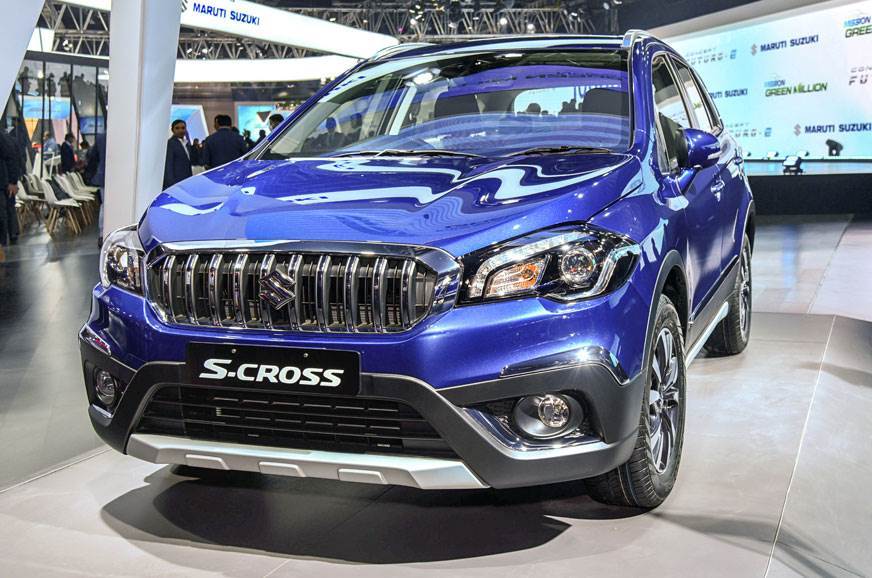 Maruti’s large crossover is ready to swap the 1.3-litre diesel engine under its hood with a 1.5-litre petrol. A manual gearbox will be standard fit though buyers will also have the option of an automatic transmission – a first for the S-Cross. The S-Cross petrol auto will also go one-up on the manual with efficiency-enhancing mild-hybrid tech. Maruti could prudently price the petrol S-Cross with a starting price slightly below that of the outgoing diesel model. Expect the launch soon after the lockdown lifts. Nissan’s compact SUV, expected to arrive around August, will have a striking design with a crossover stance and will boast premium features like a massive touchscreen, connected-car tech, and even a 360-degree camera. The Magnite will be pricedat around Rs 5.25 lakh and the ultra-competitive positioning could help it one-up its competition. Powertrains on offer will include petrol engines with manual and automatic gearbox options. Toyota will launch the Urban Cruiser by late July or August this year. Essentially a badge-engineered Maruti Vitara Brezza, the Urban Cruiser will get minor revisions to soft parts like the bumpers and grille, and sport a lighter hue inside the cabin. The compact SUV will share its running gear with the petrol Maruti, though it might go a step further by offering a mild-hybrid system with the manual transmission, in addition to the automatic models. Expected a Rs 7.5-11.5 lakh price tag, as well as Toyota’s longer, three-year warranty package. 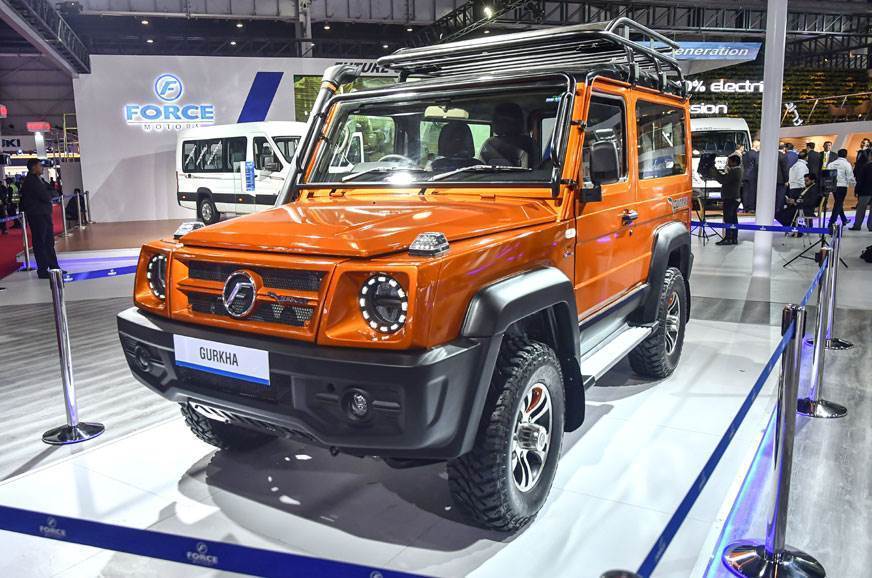 The next-gen off-roader broke cover at the 2020 Auto Expo. Though still instantly recognisable as the Gurkha, the new model benefits from modern stylistic touches like LED DRLs. Open the doors and major updates to the cabin await. The dashboard boasts an all new design and second-row passengers now face the front. The new Gurkha also gets more by the way of features. With all new underpinnings, there are major mechanical changes as well. The updated model will be launched with a BS6-compliant, 2.6-litre diesel engine in the coming weeks. 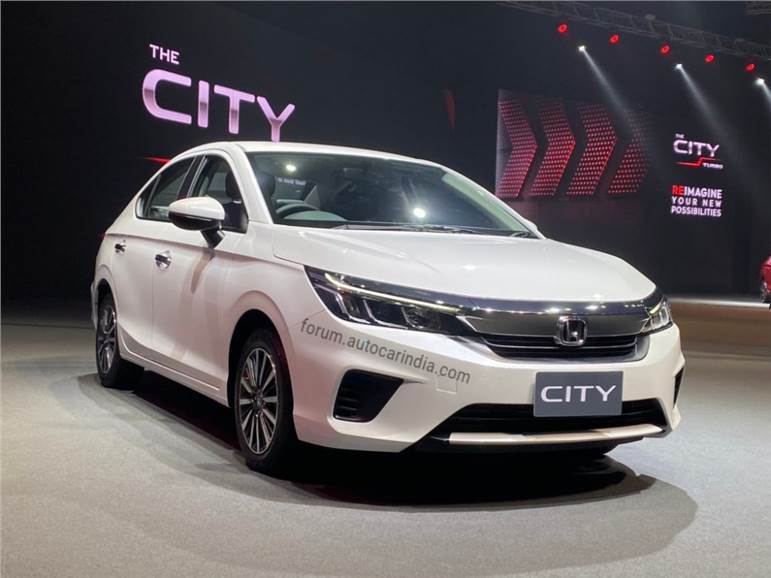 This is the big one for Honda, and anyone in the market for a midsize sedan. The fifth-gen City will be marginally larger than the current car. The class-best cabin width said to be pitched as one of the car’s key points. Cabin space aside, the new City promises to be big on equipment too. Fully loaded models are expected to pack in LED headlamps, a sunroof, a lane watch camera and more. Engine options will include Honda’s tried-and-tested 1.5-litre diesel as well as a new twin-cam 1.5-litre petrol engine on offer, along with a CVT-auto option. Hyundai introduced an Elantra facelift last year that brought with it sharper styling, more equipment and a BS6-compliant iteration of the 2.0-litre petrol mill. With BS6 fuel now available across India, the carmaker will roll out the diesel version of the updated Elantra. The engine in question is Hyundai’s new 1.5-litre diesel unit in its higher 115hp state of tune. As before, the Elantra diesel will be available with manual and automatic gearbox options. 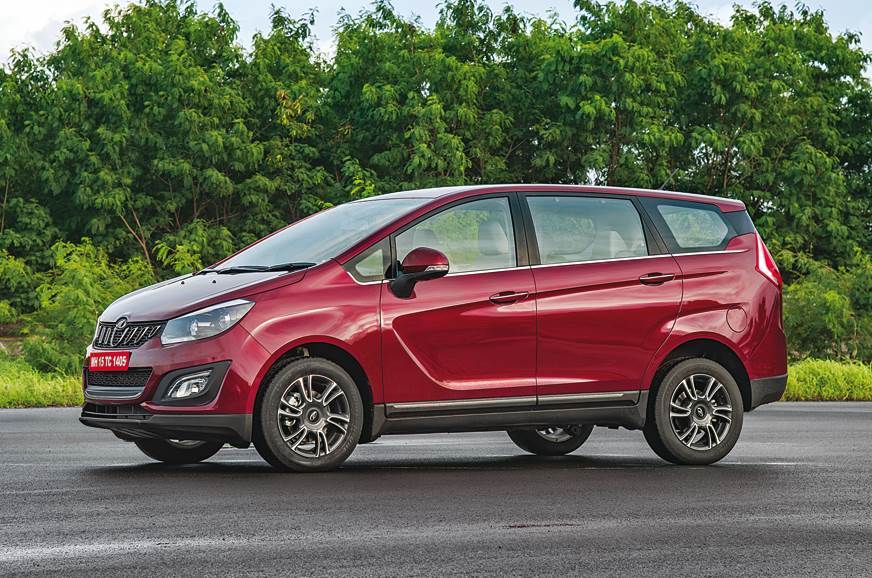 The Marazzo awaits a move to BS6 and the upgrade is just round the corner. Though the 1.5-litre diesel engine will continue in its current 123hp state of tune, the shift to cleaner albeit expensive emission technology is expected to see prices creep up to Rs 10.5-15 lakh. A variant rejig for the Marazzo is also on the cards. In coming months, Mahindra will also add an automatic option for the diesel in addition to introducing a petrol variant with a 163hp, 1.5-litre turbo-GDI unit from the company’s mStallion engine family. 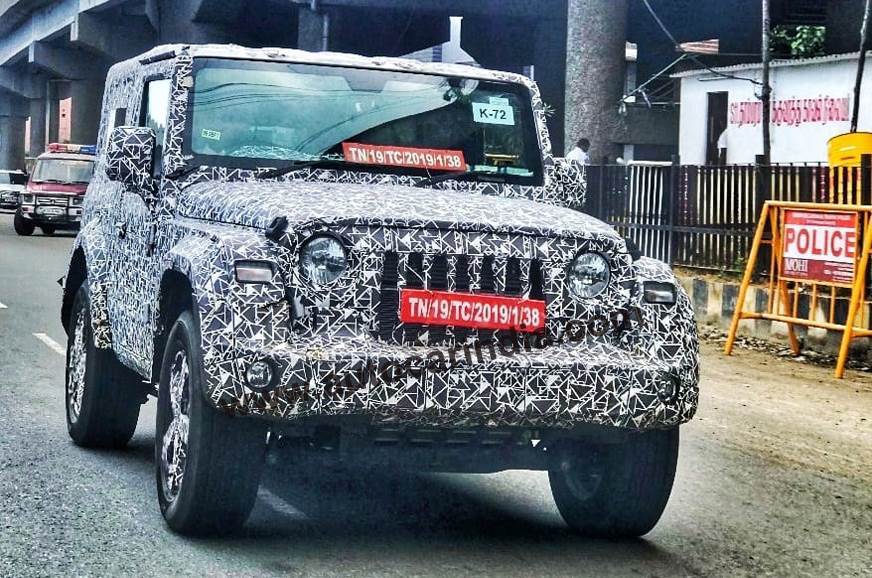 The all-new Thar is Mahindra’s big launch for 2020. New from the grounds up as it may be, the off-roader will carry forward the familiar look though there will be the option of a factory-fit hard-top roof for the first time. The cabin will be a marked improvement with a redesigned dashboard, front-facing second row seats and features like a touchscreen and rear camera. There will be a diesel engine with a manual transmission as standard, though an automatic option is also expected. In a first for the Thar, a petrol engine will also be on offer. 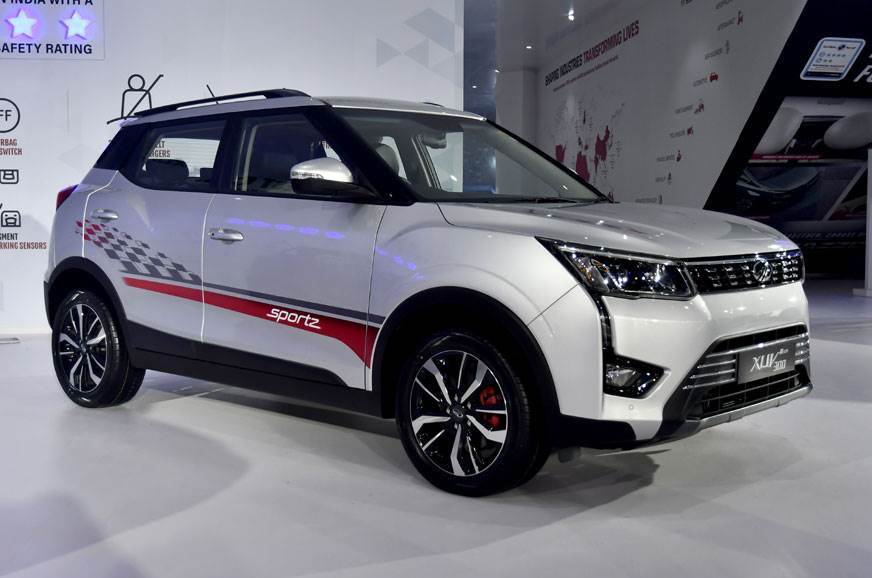 Though the XUV300 is already available with BS6-compliant 1.2-litre turbo-petrol and 1.5-litre diesel engines, the line-up is set to expand soon with the addition of a 1.2-litre, direct-injection, turbo-petrol engine from Mahindra’s mStallion range of engines. Allied to a manual gearbox, the new power plant will put out 130hp/230Nm (20hp/30Nm more than the current petrol mill). XUV300 with the potent engine was already showcased at the Auto Expo in ‘Sportz’ trim, body graphics and an all-black cabin with red accents. Expect to pay a premium over the current petrol variants that retail for Rs 8.3-11.84 lakh. 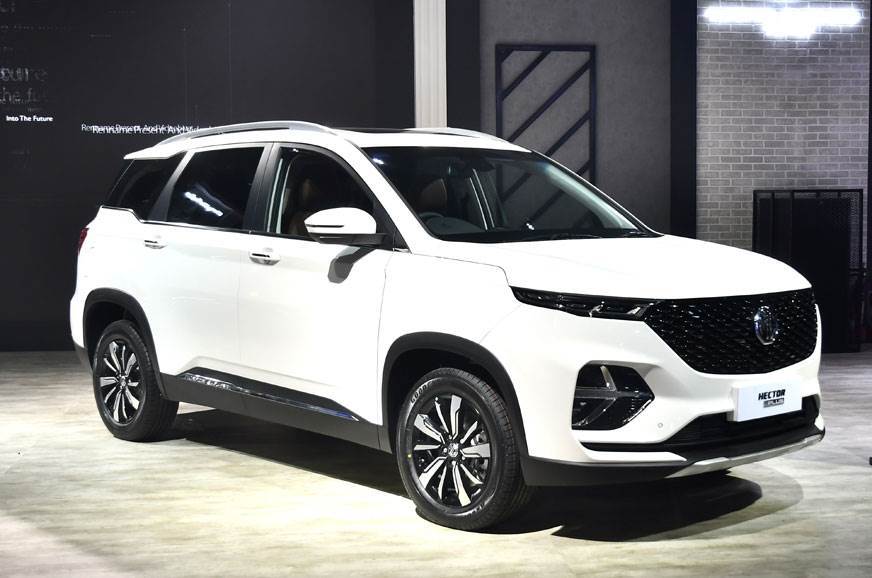 In a nutshell, the Hector Plus is the three-row version of the Hector already on sale in India. No longer than the standard Hector in wheelbase and overall length, the Plus will be identifiable by its revised front fascia and tail. The addition of the third row will be the big change on the inside, and MG could also offer the option of a bench seat or captain’s chairs for the middle row. The new model will be powered by the same 1.5-litre turbo-petrol – in standard and mild-hybrid guise – and 2.0-litre diesel engines as the regular Hector. As things stand, the MG Hector Plus is slated for a June launch. 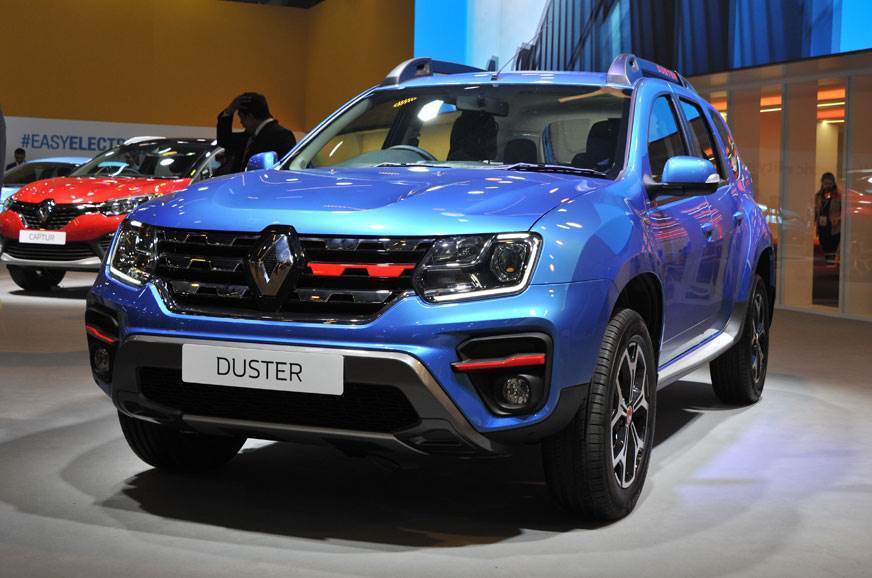 With the diesel engine gone, the Duster soldiers on with a BS6 version of the old 1.5 petrol. Things will get a lot more exciting soon when the new 1.3-litre turbo-petrol engine arrives. As on the Nissan Kicks, the direct injection engine will put out a class-leading 156hp. Transmission duties will be handled by a manual as well as a CVT-automatic transmission. The diesel’s departure doesn’t sound all that bad now, does it? 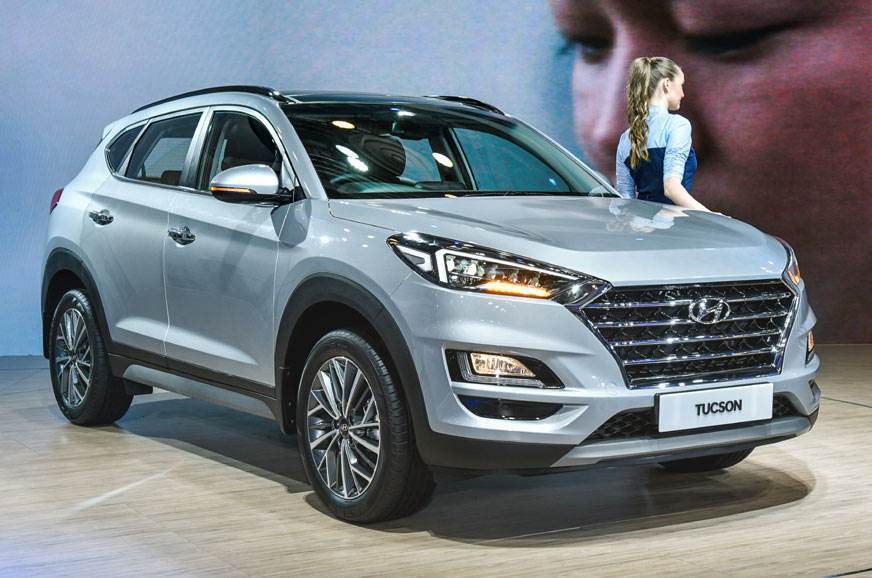 The Tucson facelift is the next launch lined up by Hyundai for India. The update will bring with it sharper looks aided largely by a wider front grill and new headlamps. Interiors will be thoroughly revised too. In true Hyundai fashion, the SUV will pack in loads of additional equipment, like Blue Link connected-car tech, a power-adjustable passenger seat and a new touchscreen. Previous powertrains will be updated to BS6 emission norms, though the diesel will get a new gearbox. The Tucson facelift line-up will comprise of just two trims – GL(O) and GLS. While BS6 norms kicked in earlier this year, the COVID-19 lockdown meant that Isuzu had to push back the launch of its BS6 model range to the second half of 2020. One of the most sophisticated offerings of its kind in the Indian market, the V-cross pickup is expected to make a comeback with its upgraded powertrain. Isuzu had already announced earlier that prices for the D-Max V-cross pickup and MU-X SUV will go up by Rs 3-4 lakh with the update. 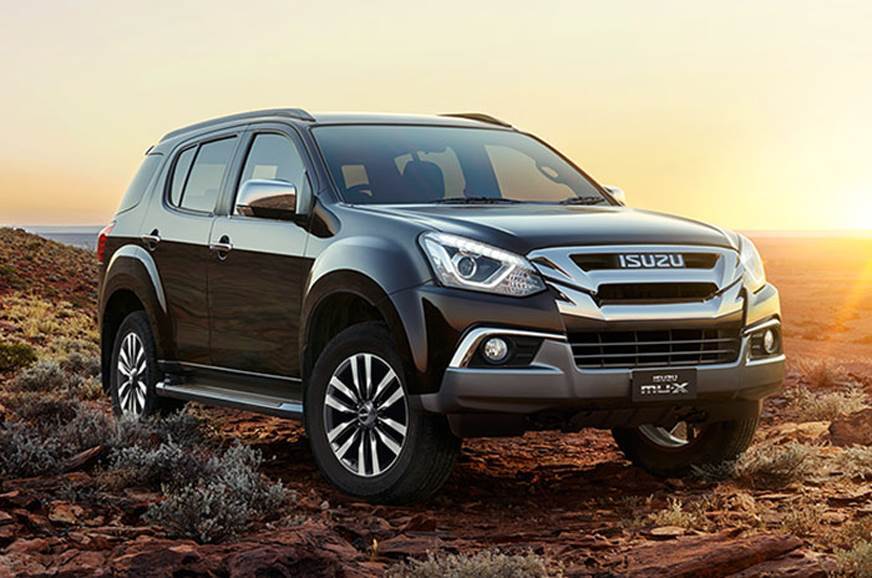 The Japanese automaker’s full-size, three-row SUV is also lined up for a transition to BS6 in the latter half of 2020. Expect the BS4 model’s diesel powertrain to continue in its greener avatar. Though the MU-X was competitively priced earlier, the upcoming model’s substantial mark-up will put it on a more even footing with its rivals. 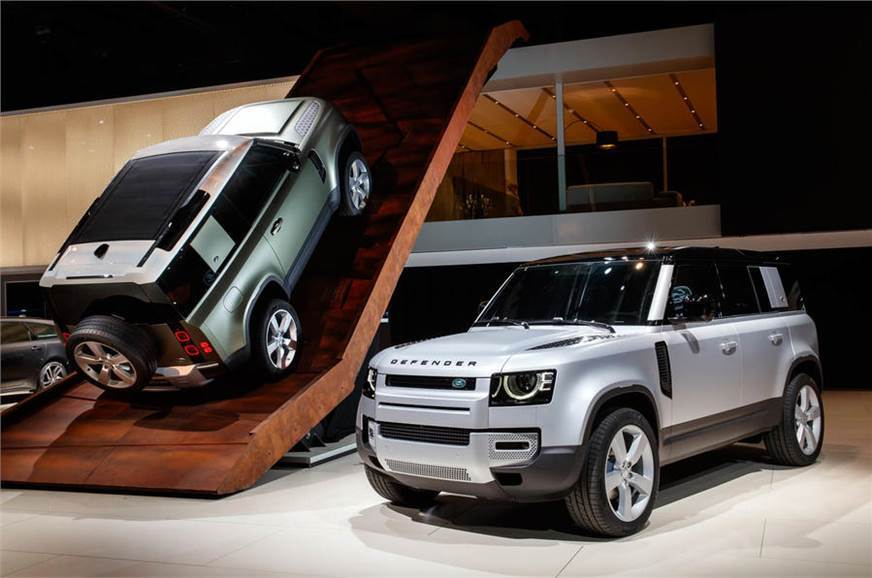 Land Rover revived its iconic Defender line after the previous iteration’s production ended in 2016. The all-new Defender uses a new platform based on a monocoque construction, and has vastly different styling compared to the model it replaces. It's more modern, yet it harks back to various design elements of the original. The Defender is being offered in India in three-door (90) and five-door (110) form, though there’ll only be a petrol engine to begin with. Prices are already out and deliveries in India are set to commence in late (August) 2020. Click here to read our review of the new Land Rover Defender. 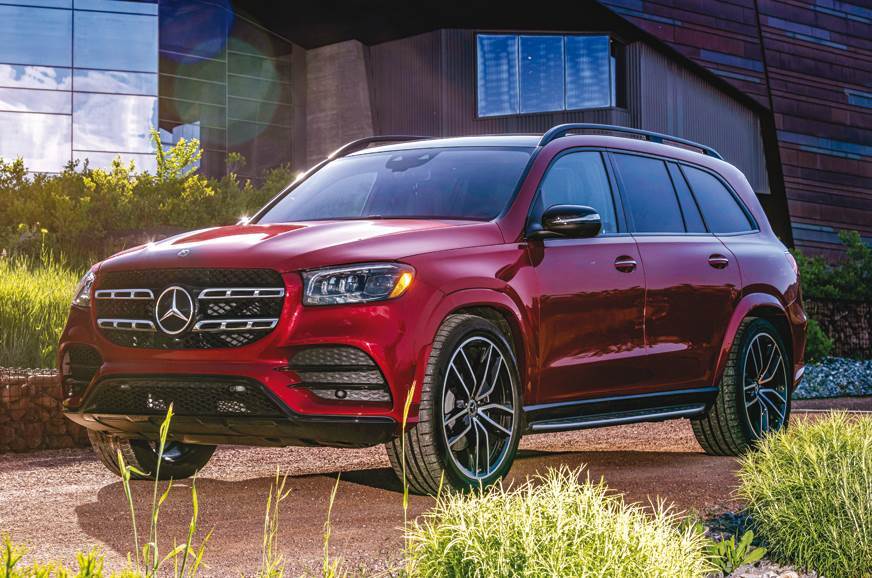 Mercedes would like you to think of the all-new GLS as the ‘S-class of SUVs’. The new GLS sports Mercs’ latest design language, both on the exterior and interior. It’s big on luxury and tech and seating for seven remains its USP. Mercedes will likely offer the GLS in India with a petrol engine option, though the diesel version will be the mainstay of the range. The GLS will be launched in the second half of the year. The all-electric EQC, new A-class Limousine and GLA are other Mercedes models set to go on sale in 2020.