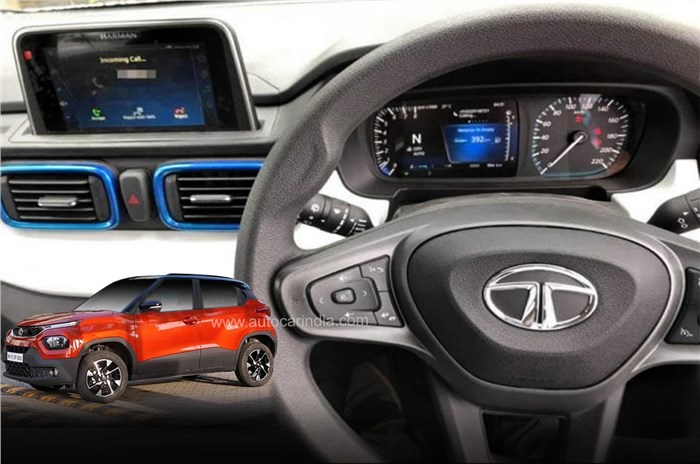 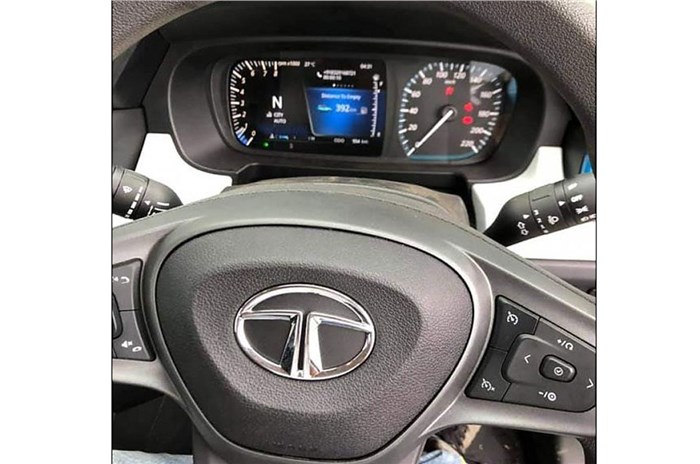 Following the launch of the Safari earlier this year, the Punch is Tata’s most important launch for the Indian market. Previewed as the HBX concept at the 2020 Auto Expo, Tata revealed the production-spec Punch a few weeks ago though no details were shared of the cabin. Now images of the production car’s cabin have surfaced.

The first thing you will notice is the similarity to the concept. The Auto Expo concept was said to be a near production model, but the interior seems to have been toned down. The most noticeable change is the splash of white across the dashboard dividing the unit in half along with the blue coloured accents around the air-con vents. The Expo car had an all-black dashboard along with copper highlights.

The part-digital instrument panel and steering wheel are the same as the Altroz. A closer look at the digital screen reveals that the car will come with drive modes at least in the automatic variants. Another feature of the display is the phone call notification letting drivers know who is calling without having to turn their attention to the infotainment display. Further, the steering also reveals that cruise control could be available on higher variants.

As with the concept the centre console is crowned by a free-standing touchscreen infotainment system from Harman Kardon with the controls for the auto-climate control system laid lower down on the console.

The new Tata Punch is expected to be offered with a pair of petrol engines. As per sources, at the time of launch the Punch will be available solely with a 83hp, 1.2-litre naturally aspirated three-cylinder engine paired with a 5-speed manual gearbox. An AMT gearbox option and a more powerful turbo-petrol engine will be made available at later dates.

Coming to the rivals, the Punch will enter a new segment in the market with its closest rivals being high-riding hatchbacks, such as the Maruti Ignis and Mahindra KUV100. Higher variants could also go up against the likes of the Nissan Magnite and Renault Kiger. Expect Tata to price the Punch aggressively at the time of launch.