The new-gen Octavia RS iV plug-in hybrid to arrive as a CBU import. It uses a 150hp 1.4 TSI engine and a 116hp electric motor for a combined 245hp. 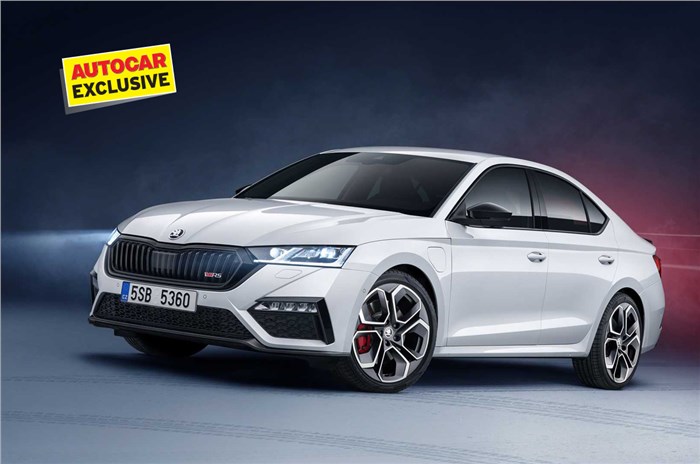 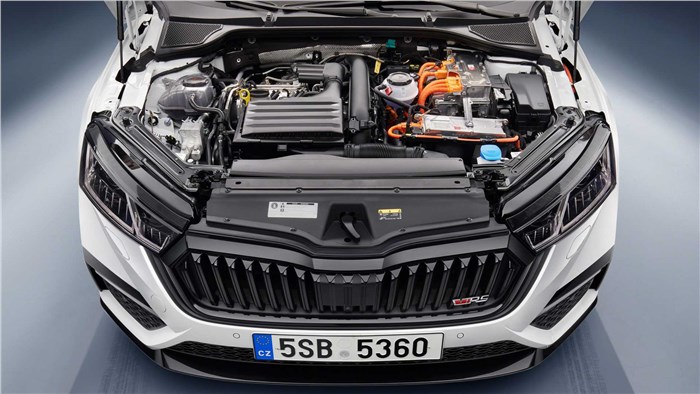 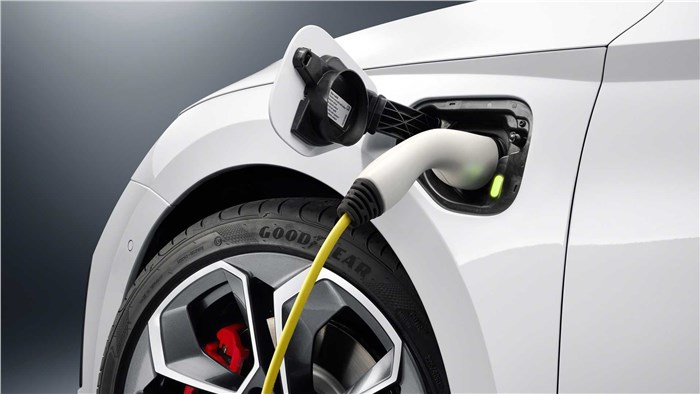 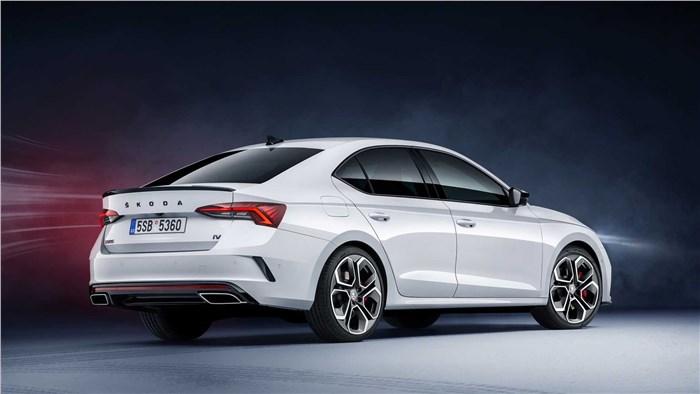 Skoda is gearing up to introduce its first plug-in hybrid, the Octavia RS iV in India. Expected to be launched in mid-2023, the new Octavia RS iV is based on the fourth-gen Octavia and features a 245hp hybrid powertrain.

Like its predecessor, the RS iV will be brought in as a completely built unit (CBU). Under the government’s quota for foreign vehicles, automakers are allowed to import upto 2,500 cars a year without the need to homologate them.

Commemorating the 20th anniversary of its RS brand, Skoda had launched the Octavia RS iV in 2020. This is the car we’ll get in India as an import. Like all previous RS versions, this looks very sporty from the front as well. It gets a wider blacked-out front grille, a more prominent chin, sharply defined fog light enclosures and an air dam finished in black. Along with blacked-out ORVMs and red RS badges, the RS iV also gets gloss black front and rear skid plates.

We'd first written about the Octavia RS iV in our ‘Confidential’ section of the March 2022 issue of Autocar India.

On the inside, the cabin is sportier too. The RS iV is equipped with a three-spoke steering wheel, there are red inserts in the blacked-out cabin, and the front seats include integrated headrests, better wrap-around shoulder support and greater bolstering. The rest of the cabin is similar to the current-gen Octavia; it features a 10-inch touchscreen infotainment screen and the 10.25-inch digital instrument cluster.

Under the bonnet, the RS iV packs both power and green tech. A smaller-capacity 1.4-litre, four-cylinder TSI petrol engine replaces the 2.0-litre petrol engine from the previous-gen RS 245. The engine makes 150hp, but when paired to an 116hp electric motor it produces a total power output of 245hp and 400Nm of torque; 30Nm more than its predecessor.

Thanks to a 13kWh battery pack located under the floor, the RS iV also has an electric-only range of 60km. These performance figures allow the sedan to accelerate from 0-100kph in 7.3sec; the earlier RS 245 took a claimed 6.6 seconds. The top speed is also lower – at 225kph – than the previous RS’s 250kph.

The RS iV is heavier too, which could affect agility. This is primarily down to the large battery, which takes the weight upto 1,620kg – considerably more than the earlier car’s 1,391kg. The RS iV also features driver modes that focus on efficiency or spirited driving, depending on the driver’s needs.

With an expected price tag of Rs 41 lakh, the RS iV is also likely to be the most expensive RS to date. What it will offer potential customers is a unique blend of green tech, sporty performance, fun driving manners and loads of practicality.