The legendary Octavia RS, in its newest avatar, packs in stonking performance and corners like a dream. 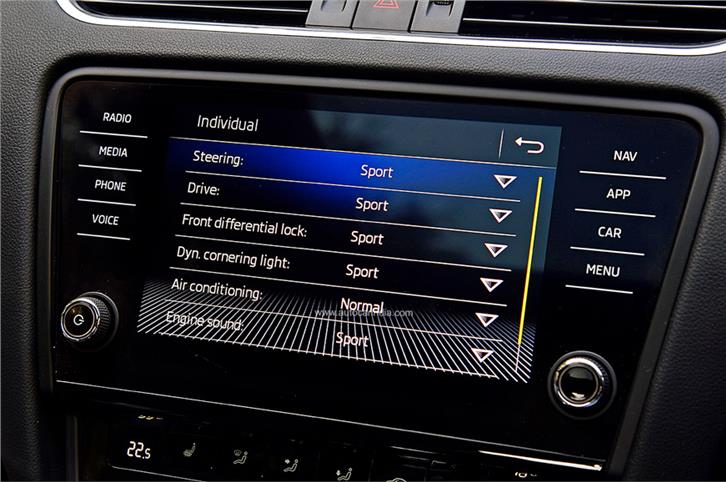 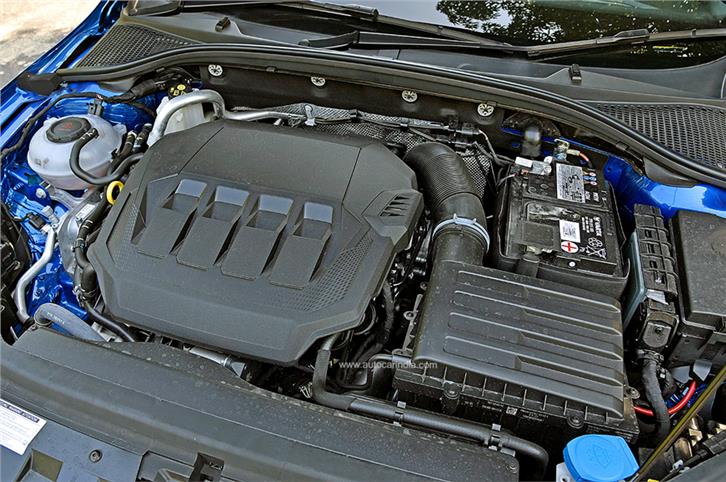 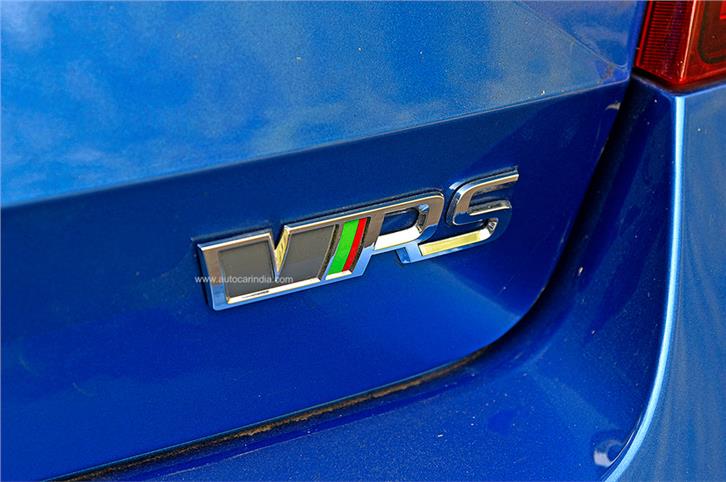 In 2017, Skoda introduced the sporty third-generation Octavia RS in India – dubbed the Octavia RS 230 – wearing a mouth-watering price tag of Rs 24.62 lakh. Due to its explosive performance and value proposition, this limited-run sporty sedan sold out like hot cakes. In 2020, Skoda reintroduced a more powerful version in India, known as the Octavia RS 245, and this fully-imported version’s price has been set at Rs 35.99 lakh (ex-showroom, India), which is over Rs 11 lakh higher than the 2017 version. Although there was news of the RS 245 being sold out for India amidst the lockdown period, it seems there are several units still on sale. So, should you be interested in the limited-run Octavia RS 245 and does its packaging justify its premium price tag? We find out. 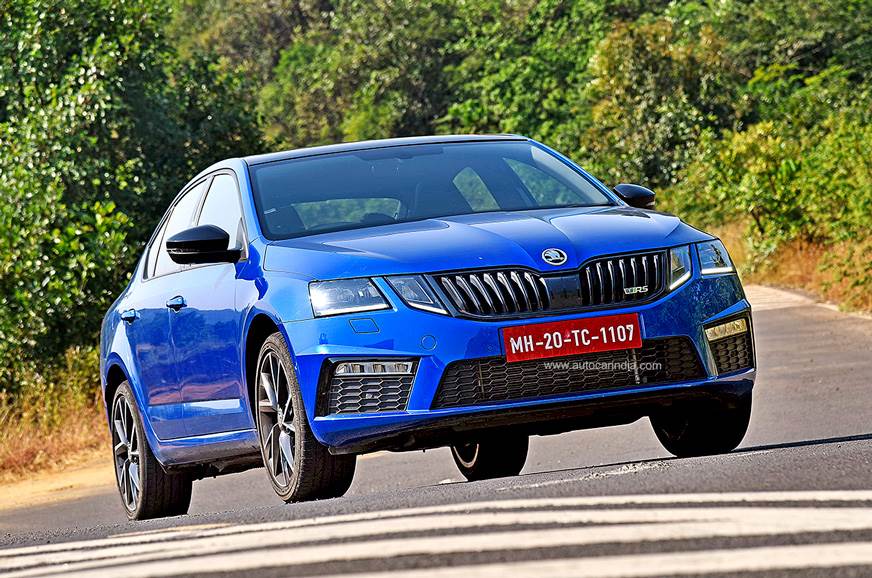 Based on the MQB modular architecture, the Octavia RS 245 carries forward its transverse engine and front-wheel-drive layout. Its dimensions and styling are identical to the outgoing version. One of the key new additions are its stylish 18-inch wheels, compared to the 17-inchers on the RS 230. Curiously, this RS 245 appears a lot higher above the ground than the outgoing version, with an ungainly gap in its wheel arches. Skoda, however, claims its ground clearance remains identical to its predecessor, at 141mm, which is 15mm lower than the now-discontinued Octavia sedan, but 15mm higher than the international RS version. 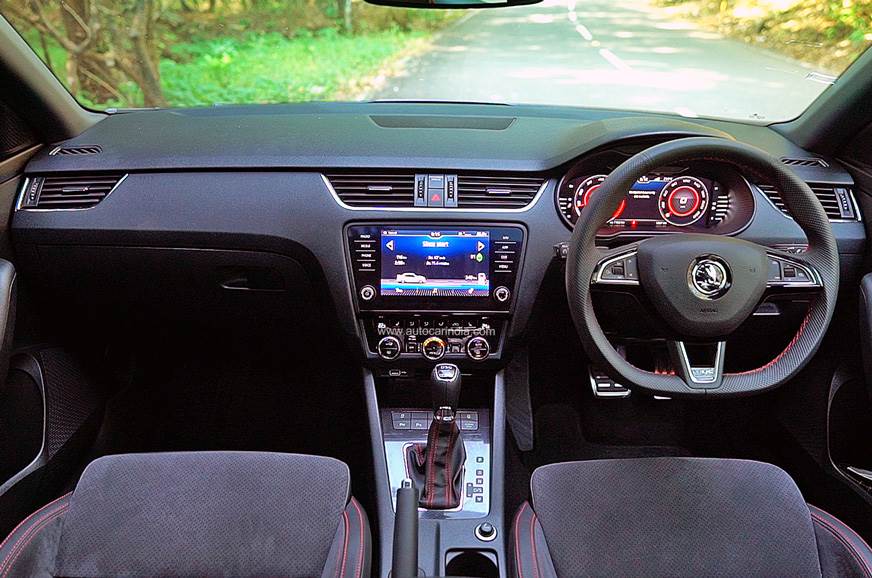 On the inside, too, there are hardly any changes, and everything, including the part-Alcantara sports seats, flat-bottomed steering and faux carbon-fibre trims, is carried over from the outgoing version. The fully-digital instrument cluster, with various customisable screens, is a new addition here and so is the new ‘vRS mode’ button, which is a shortcut button for the various drive modes. The well-appointed cabin remains spacious and practical; and at 590-litres, boot space is huge too. 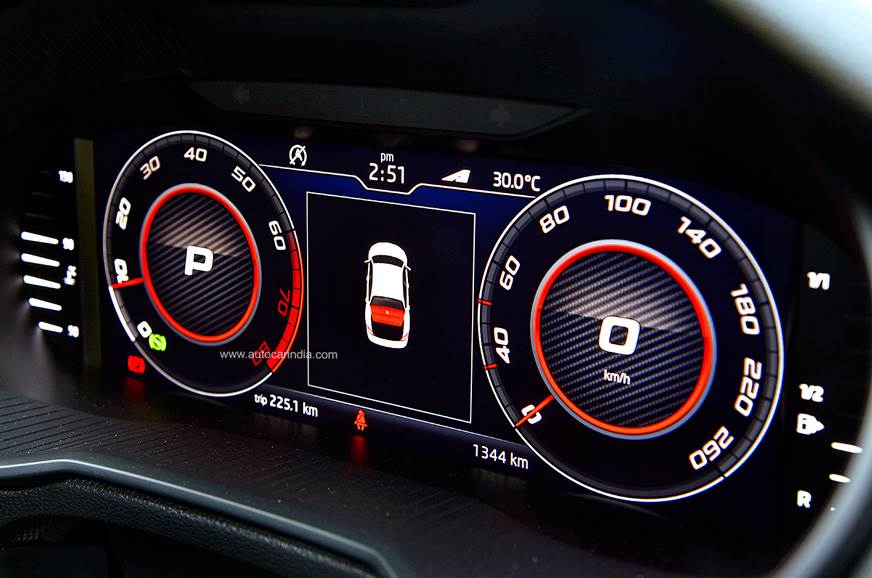 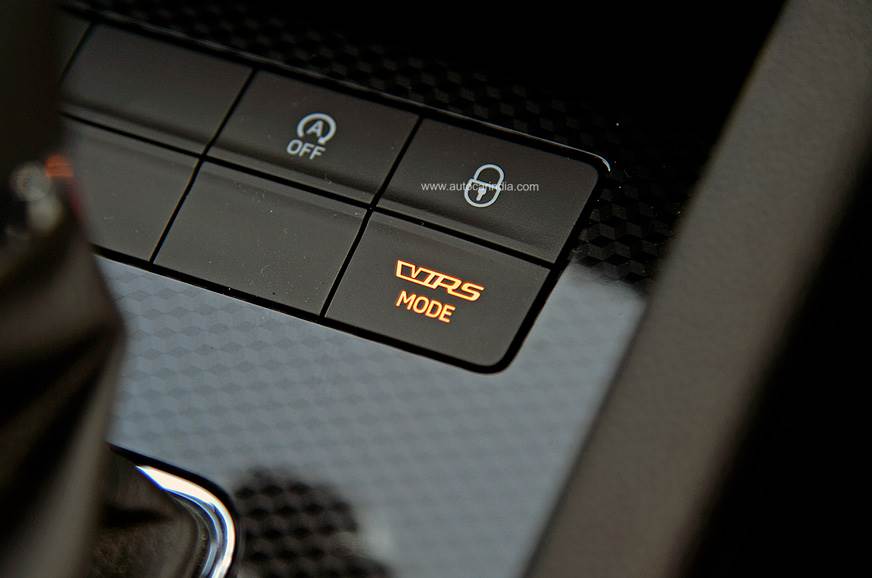 What is the Skoda Octavia RS 245 like to drive?

Like the RS 230, this one uses Volkswagen Group’s EA888 1,984cc direct and indirect-injection (it has 8 injectors), four-cylinder turbo-petrol engine, which now makes 245hp and 370Nm of torque. It gains 15hp and 20Nm over the RS 230 due to a revised camshaft, some software upgrades, a new turbocharger and some other engine components. With a wide spread of max torque from as low as 1,600rpm till 4,300rpm, this engine feels extremely potent and eager to rev. Put your foot down and it scoots forward, reaching silly speeds in no time. Performance remains strong as the RS 245 dispatches the 0-100kph sprint in just 6.39sec, which is 0.26sec quicker than the RS 230, however, the gap further widens as the speeds increase in kick-down. In-gear acceleration times are also a bit quicker than the outgoing version. Even when driven sedately, there’s always ample power on offer. Interestingly, in Eco driving mode, the gearbox engages neutral while coasting, in order to save fuel, and it will immediately engage a gear as soon as your leg touches the accelerator pedal again. Overall, this motor is extremely smooth and silent, and it emanates a likeable intake sound when spun hard, but the sound from the exhaust feels too muted on this performance-oriented car. 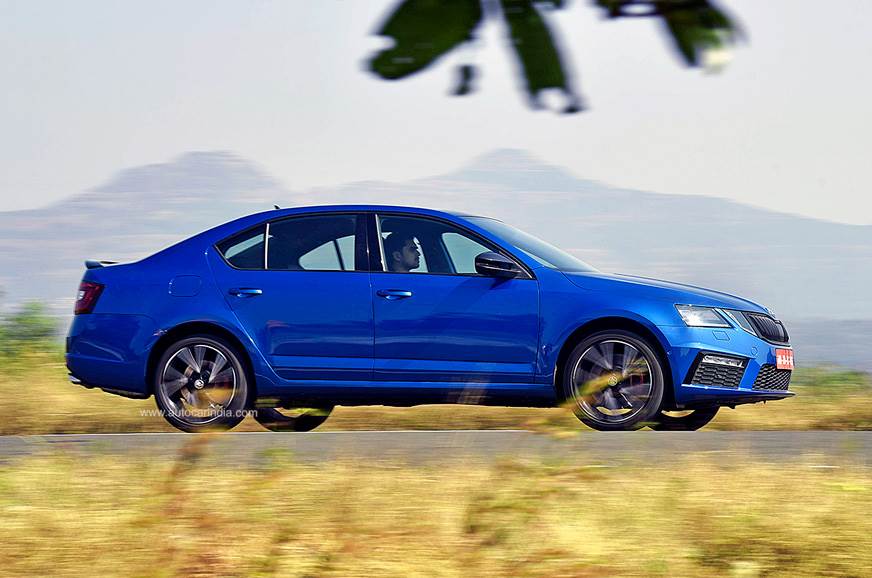 Power is transmitted to the front wheels by a new 7-speed dual-clutch transmission (compared to the 6-speed DSG), codenamed the DQ381, not to be confused with the DQ200 7-speed DSG which did its duty in the Octavia 1.8 TSI. This new transmission is seamless and the upshifts are lightning-quick, however, you will find yourself reaching out to the steering-mounted paddle shifters for immediate downshifts, as the transmission does take a second to react automatically, when you suddenly put your foot down. 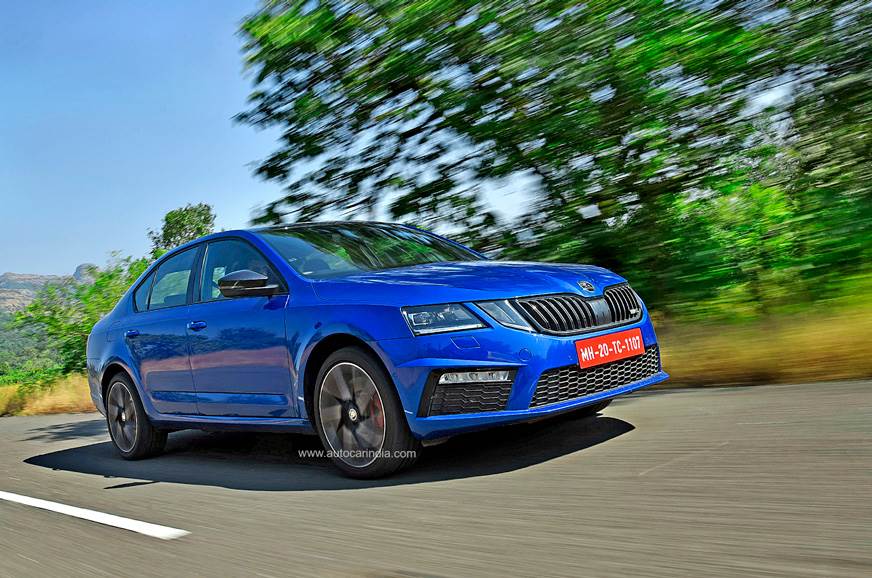 What helps put down its power is the new limited-slip differential, what Skoda calls “electronically controlled front axle inter-wheel lock (VAQ- Vorderachsquersperre).” Compared to the RS 230’s XDS electronic differential lock, which worked in sync with the electronic stability program to cut power to the front wheel that was losing traction, the RS 245’s limited-slip differential can transfer up to 100 percent of the power to the front wheel with greater traction. In simpler words, the RS 245 now puts down its power much more cleanly than the outgoing version, and it feels a lot sharper and extremely agile while attacking corners. Direction changes are a lot more confidence-inspiring now and with so much mechanical grip on offer, the RS 245 claws on to the road like it is driving on rails. The steering feels direct and pointy, however, a bit more weight, especially in Sport mode, would have significantly improved its overall feel. Low-speed ride quality has taken a bit of a beating due to the new 18-inch wheels. It feels noticeably firmer than the outgoing version, and it tends to crash through sharp bumps. The good news, though, is that, due to the stiff suspension, the RS 245 is less prone to scraping its underbelly on regular speed humps, however you’ll need to be careful over the unusually large ones, due to its 2,679mm wheelbase.

Should I buy the Skoda Octavia RS 245? 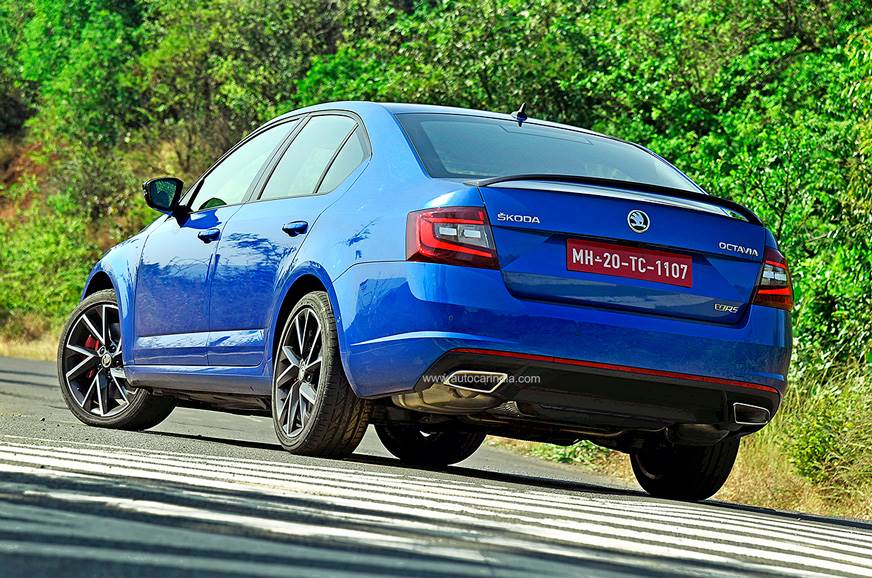 The beauty of the Octavia RS lies in its duality – it is just as practical, spacious and usable as the regular sedan; and it’ll plaster a wide grin on your face when you want to enjoy its explosive performance and dynamic characteristics on your favourite road or a racetrack, without feeling intimidated. But, at Rs 35.99 lakh (which includes the full brunt of import customs duties), the Skoda Octavia RS 245 is clearly overpriced and treads into the rear-wheel-drive BMW 330i’s territory, which is just a few lakhs away. Driving enthusiasts, however, will still find still value in the RS 245, which incidentally is much better equipped than the pricier, lower-spec BMW 330i. And it’s more fun to drive too. In conclusion, if you want a characterful car with stellar performance and exception handling capabilities, as well as a certain degree of exclusivity (limited to 200 units in India), the pricey Octavia RS 245 is a very tempting offer. 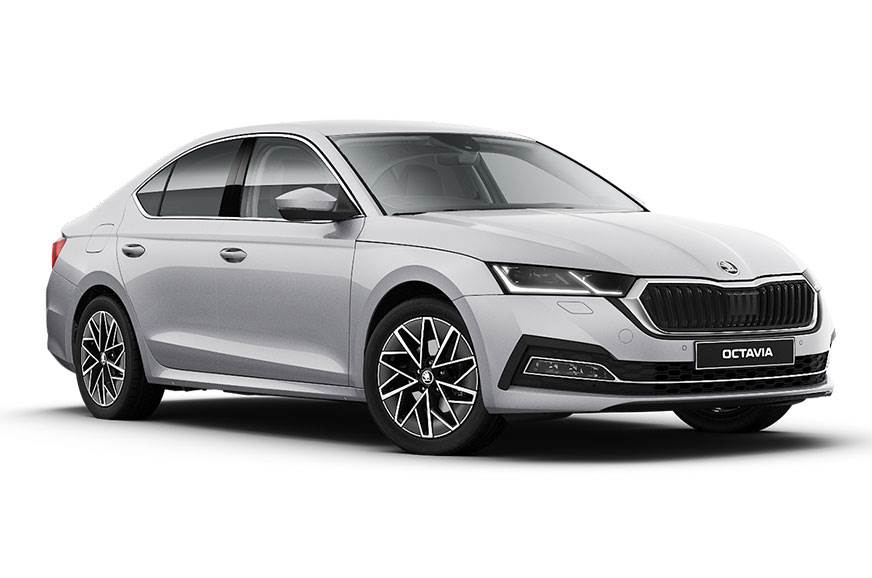 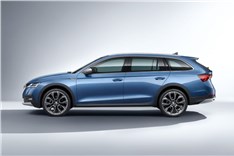 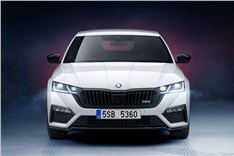 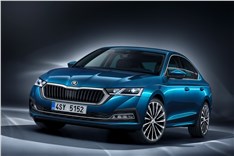 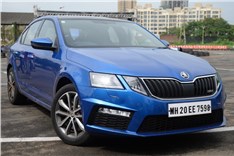 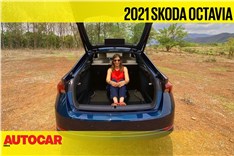