Triber AMT will be followed by a more powerful turbo-petrol option. 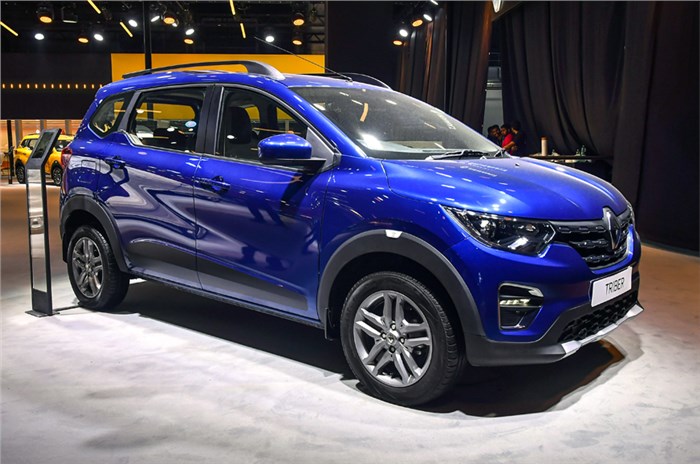 The Renault Triber got off to a strong start in India, averaging sales of 4,900 units a month since its launch in late August 2019. So far, the 7-seater has been available in a single engine-gearbox option – a 1.0-litre petrol and 5-speed manual – but things are set to change soon with the introduction of the Triber AMT.

The final product was shown at Auto Expo 2020 with a 5-speed AMT that also gets an optional manual mode. Renault is confident the Triber AMT will widen the model’s appeal, especially in urban areas, and boost sales. Speaking to Autocar India about the potential of the Triber AMT, Fabrice Cambolive, SVP, Chairman of AMI-Pacific Groupe Renault said, “I think the automatic version should bring 30 percent customers more on top of what we are doing now. It means Triber should be one of the bestsellers in our line-up for the next two years.”

The Renault Triber was upgraded to BS6 spec in the past week, and bringing in the AMT is part of a larger picture to keep the model fresh and relevant over its life cycle. Addressing the learnings from previous launches, Cambolive said, “I think in the past we’ve been very innovative launching the Duster, launching the Kwid... but perhaps we have not concentrated enough on the life cycle management of the product. When we decided to launch the Triber two years ago, I paid a lot of attention not only to the right positioning – because, in the end, the car is something different from all the other cars – but also to secure good management for the life cycle of the car.”

The Renault Triber AMT will be followed by a more-powerful turbo-petrol engine version. “Of course, what we want to do in terms of life cycle management is to give the Triber more power. And that’s why we will launch the turbo in the coming months, which will complete our Triber line-up,” he added. The Triber turbo will use a 1.0-litre, turbocharged petrol engine with power in the region of 95hp.

While the Triber was engineered to be a petrol-only model, other models in Renault’s India line-up will also ditch diesel by April 1, 2020, when BS6 norms kick in. Cambolive, however, did indicate that diesel hasn’t been ruled out for the future. “Of course, this was a hard decision to abandon diesel but we had to make some compromise between our capacity to localise, our capacity to make volumes, and as a respect of the new emission norms. That’s why we decided to do that. But I will follow the market to see if diesel is something we should not use for the next generation. We don’t have to be blind in the market, and we have to take the advice and needs of the customers.”

The end of diesels at Renault also marks the end of the road for the Lodgy MPV, and could potentially be the beginning of the end for the slow-selling Captur as well. The Renault Duster will soldier on with the existing 1.5-litre petrol engine and a new 156hp, 1.3-litre turbo-petrol unit.