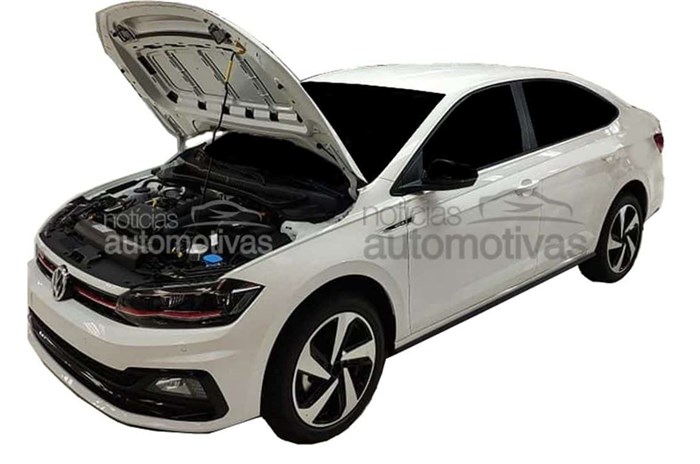 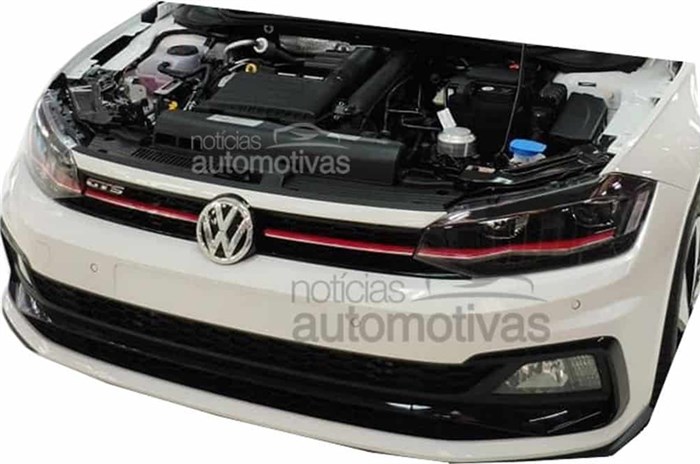 Images of the production version of the Volkswagen Virtus GTS have surfaced online, ahead of its debut in the South American market. The car in question is very similar to the Virtus GTS concept seen at the 2018 Sao Paulo motor show, with the only differentiator being the new 18-inch, diamond-cut, five-spoke alloy wheels. For the uninitiated, the Volkswagen Virtus is essentially a global replacement for the ageing Volkswagen Vento.

The Virtus GTS has some sporty bits spread around the exterior, such as the gloss black grille with red accent running across it and into the LED headlight units. It also has gloss black accents on the front and rear bumpers, side skirts and ORVMs.

On the inside, the sporty theme is expected to continue, with the Virtus GTS coming with sportier seats, sporty flat-bottomed steering wheel with GTS logo, and contrast-red stitching all over the cabin.

Powering the Virtus GTS is a 150hp, 1.4-litre TSI engine that has been paired to a 6-speed automatic transmission, which can be operated via paddleshifters mounted on the steering wheel.

The Virtus is based on Volkswagen’s MQB A0 platform, which will debut in our market on the India-spec Skoda Kamiq, which is slated to arrive sometime in 2020-21. Volkswagen is expected to bring the Virtus to the India market after the T-Cross, which will launch in India after its Skoda sibling.