The design of Nissan’s first all-electric SUV, the Ariya, has been previewed in new patents; stays true to the 2019 concept. 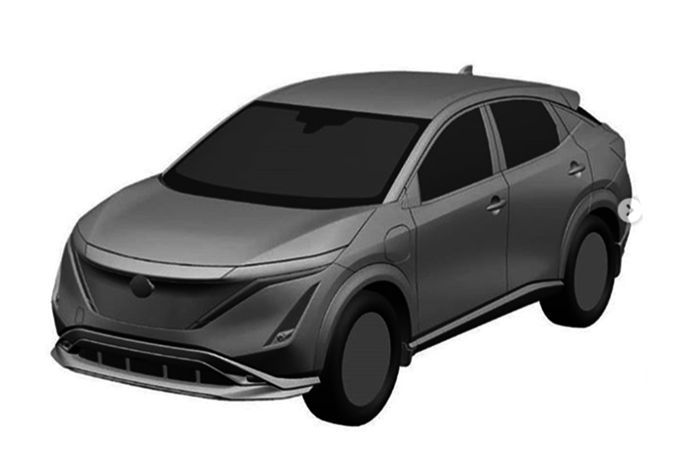 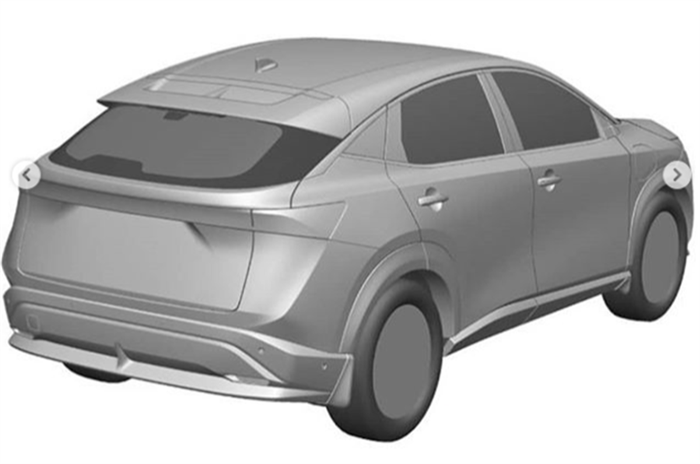 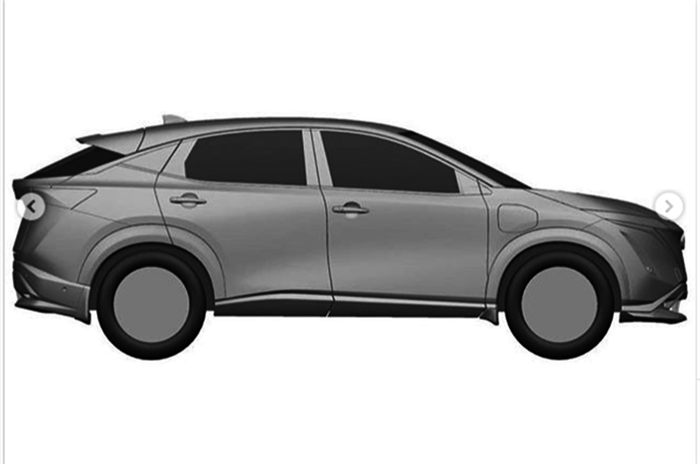 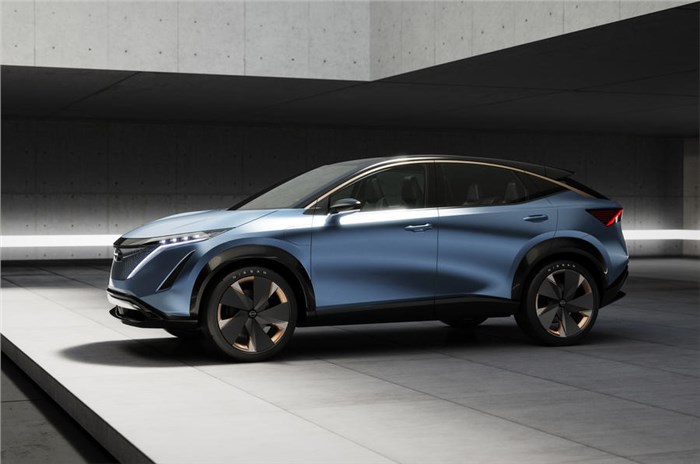 The new shots, posted online, show the 4.6m-long family SUV features a design very closely aligned with that of the Ariya concept car that was revealed at last year’s Tokyo motor show.

While the overall shape is clearly retained, a few detail changes can be spotted. The bumper shape - particularly the lower portion - has been altered, with a towing eye cover visible and LED lights also added to the intakes at the front edges.

The side view seems to be more or less identical, bar a charging port mounted higher in the wing, a shark-fin aerial on the roof and alterations to the roof spoiler. The side mirrors aren’t incorporated in the patent shots, suggesting Nissan might be looking to swap traditional ORVMS for cameras, just like on the Honda E and Audi e-tron.

At the rear, more significant alterations are visible. It looks like the rear window has been reduced in terms of visible area, while a rear wiper has been brought in. The backlit Nissan logo seen on the concept also appears to have been ditched, although the full-width LED tail-light design should be retained. The bumper shape has also been altered for production.

With no interior images, we can only go by the minimalist design of the concept’s cabin for reference. Expect it to feature the long-awaited generation shift of Nissan interiors and infotainment alongside the new X-Trail seven-seat SUV, which is due to be revealed later this year.

The production version of the Ariya - it’s not expected for at least another year - will use a new Renault-Nissan-Mitsubishi Alliance modular architecture that offers increased flexibility with the motor and battery pack size.

There's still no indication of the powertrain beyond Nissan calling it a “high performance, 100 percent electric drive system” with dual motors for four-wheel drive.

Although it is too early to tell whether the all-electric SUV will be brought to the Indian market, Nissan is looking to reinvent itself in India. This will be done with the introduction of new products like the upcoming Nissan Magnite compact SUV, which is expected to be launched later this year and use Renault-Nissan Alliance’s CMF-A+ platform. Nissan is even evaluating the Patrol SUV for our market as a brand-builder.