The Japanese carmaker believes that a horizontal display within the driver’s line of sight allows for an easier view of information. 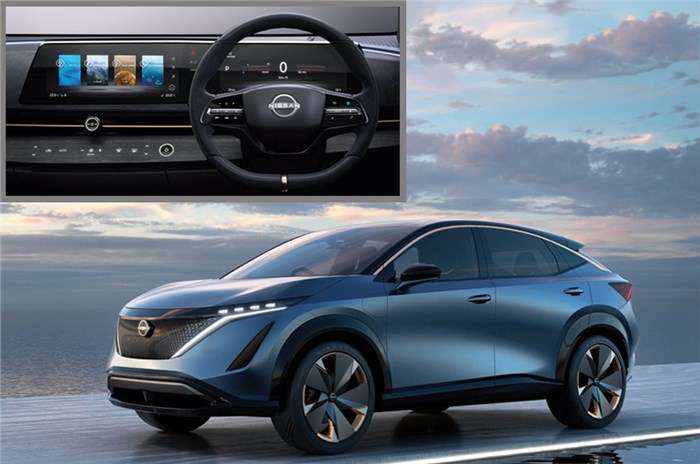 While touchscreens have become increasingly common, carmakers have now looked towards its size, layout and number of touchscreens or panels to help differentiate their products. One of these many ways is the large portrait-oriented central touchscreen that most will associate with Tesla internationally and the MG Hector in India.

However, Nissan isn’t too keen to adopt a portrait-styled touchscreen in its future cars. Last year’s Ariya SUV concept showcased a minimalist interior with a pair of displays sitting atop the dashboard – one for the instrumentation and the second for infotainment.

As per the Tomomichi Uekuri, Senior Manager of Nissan's HMI engineering team (the people responsible for the concept’s infotainment system) the decision to use a horizontal display was due to the driver’s eye movement. "The human eye naturally looks from side to side when driving. People can see and absorb more information if it's laid out horizontally. Peripheral vision works this way as well."

He said the layout of the horizontal display meant that it was a safer option as it stayed within the driver’s line of sight, minimising the driver’s need to look away from the road.

While the Ariya concept previews a future production model for international markets, Nissan India is banking heavily on its latest product got the domestic market, the upcoming Magnite compact SUV. Expected to arrive later this year, the Magnite will be powered by the company’s new HR10 1.0-litre turbo-petrol engine and will sit on the Renault-Nissan Alliance CMF-A+ platform. You can read more about it here.