Ola Electric has teased a potential taxi and a crossover, but are these cars for real or just a gimmick? 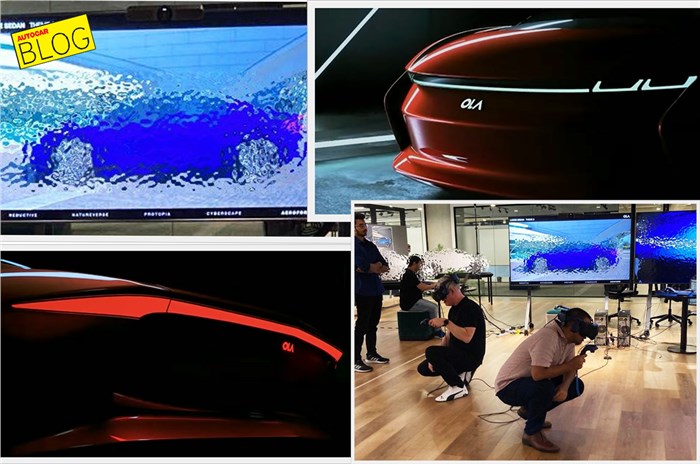 Ola Electric has teased a car, again. Released via CEO Bhavish Aggarwal's Twitter account (@bhash) and a video shown at a factory event, the teasers show multiple electric car concepts, as well as some that are being ‘worked’ on in a Virtual Reality studio. Thing is, are these teasers for real? Do they accurately reflect what Ola will put to market? Or is this all a game of smoke and mirrors, an exercise specifically designed to draw attention and impress investors?

One thing’s for sure, if these images are real, Ola will voluntarily be swimming against the tide. Why? Well, it's really simple – where are the teasers of the SUV? The cars teased are hatchbacks, sedans, or at best, crossovers. And let’s be clear, right now SUVs rule. Want proof? Take a look around. Tata only tasted success after it launched a string of SUVs, Kia India has attained success doing predominantly SUVs, Maruti and Toyota will major on SUVs way into the foreseeable future, Datsun would have still been around if it had filled its line-up with SUVs, and if Ford had done only SUVs in India, it would have been in the black too. Both, the EcoSport and the Endeavour were hitting their targets. So why tempt fate? And then there’s the thorny issue of ground clearance, a problem that crops up on all electric cars. So, of course, there have to be SUVs in the game plan.

But could there be other body styles too? Say Ola wants to play disruptor (start-up DNA), say it wants to be its own best customer with Ola Cabs, and then, as it claims, it wants to address the sub-Tesla market in southeast Asia and beyond. Could a large sedan or hatchback-based crossover really work? And can Ola Electric make a globally acceptable taxi? It would be difficult. A big hurdle here would be a cost-effective battery, which currently stands at roughly USD 118 per kWh. So, while Ola is claiming 70-80kWh for their cars in the teaser, even a 50kWh battery would cost between Rs 5 lakh-6 lakh. And that’s without factoring in the cost of the rest of the car. Even if Ola successfully starts its own battery plant, around 60 percent of the cost of a lithium-ion battery comes from the cathode (50 percent) and anode (10 percent). Also, would Ola Electric really be able to cut costs by knocking a majority of traditional component suppliers out of the chain? And then there’s engineering all the hardware and software integration, clubbing together a platform, and, of course, manufacturing it all; a mammoth task list not to be scoffed at, especially if you’ve never produced a car before. Just ask Elon Musk.

One thing’s for sure, Ola has investors in its back pocket. Full respect. And let’s not forget, it’s the investor who’s king today and not the customer. Founder Bhavish Aggarwal is also attempting to curate a Musk or Jobs-like fan following in India (money equals respect); Ola Electric recently conducted a massive goodwill generating event at its plant and, importantly, later this year or next year, Ola Electric will also finally go ahead with its IPO and issue shares to Indian investors through the Indian stock exchange. And that could be the real reason for these teasers.