A drop-top sportscar, a pickup truck and a lifestyle MPV, Nissan has a comprehensive model strategy for its electric future.

Nissan recently revealed its bold, new ‘Nissan Ambition 2030’ plan that will see the carmaker roll out 23 new electrified models by 2030. The Japanese carmaker also unveiled four new concept cars, giving clues to its next-generation electric vehicles. The headline unveiling was the Chill-Out concept. Although unconfirmed, the Chill-Out is expected to closely preview the styling of the future production model, which has earlier been said to prioritise "making the switch to electric driving even more accessible".

Nissan Chill-Out concept: what is it?

As with the eventual production car, which could serve as a replacement for the Nissan Leaf, the concept sits atop the same CMF-EV architecture as the forthcoming Ariya SUV and uses the same e-4ORCE, twin-motor four-wheel drive system. 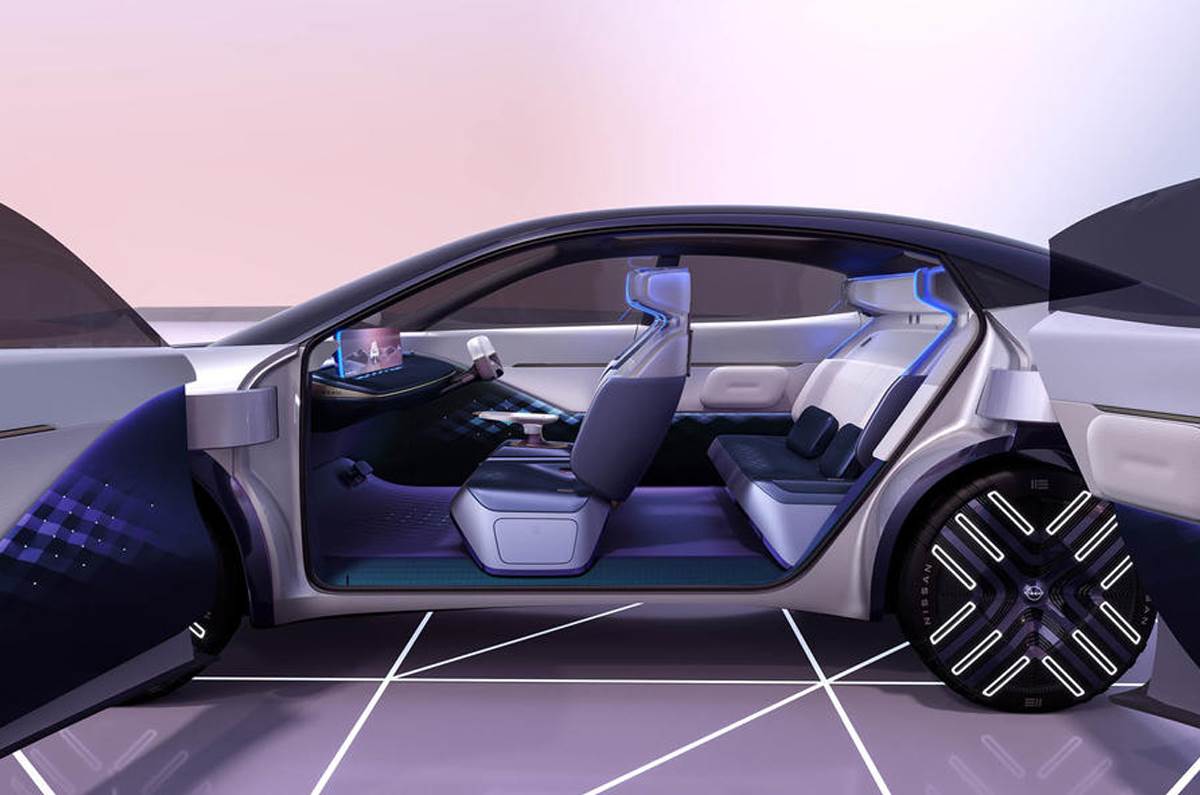 It is described as "a new way to think about mobility". Technical details are thin on the ground, but its sleek, minimalist cabin – which notably does not feature a traditional steering wheel or pedals – indicates its autonomous potential. During its 'Nissan Ambition 2030' presentation, Nissan pledged to ramp up the roll-out of self-driving technology, installing ProPilot assist systems on 2.5 million vehicles by 2026 and lidar sensors on nearly all vehicles by 2030.

The other three concepts, meanwhile, look further ahead, previewing how "advancements in battery technology, hardware and packaging can offer customers a wide variety of mobility solutions to match their needs and lifestyles".

Notably, each is imagined to feature a solid-state battery as part of an adaptable skateboard platform. Nissan has not yet named this structure, nor confirmed its production potential, but said it features two motors, a "very low" centre of gravity, optimal mass distribution and e-4ORCE four-wheel drive.

Showcasing the flexibility of this platform, Nissan has shown a trio of vehicles of differing positioning and sizes.

The first is the Max-Out, a striking, drop-top sportscar that aims to "deliver a new driving experience with its superlative stability and comfort". 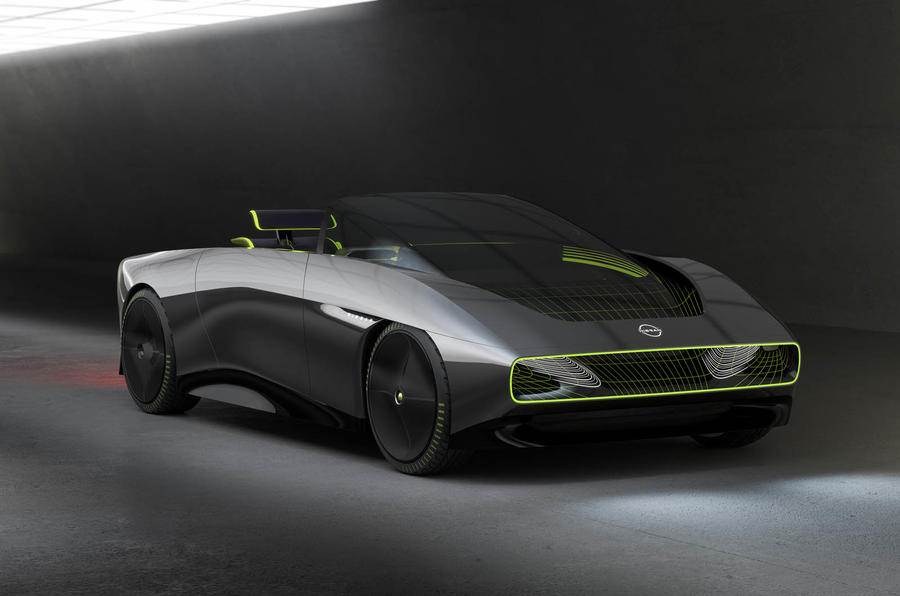 Nissan promises tight handling and limited body roll, and says the passenger seat can be folded flat into the floor when not in use, to maximise interior space.

Although it remains a forward-thinking design study, this concept serves as the first hint that Nissan is considering the future of traditional sportscars as it transitions to become a maker of pure EVs. The pure-combustion Z recently went on sale in several international markets, but the GT-R flagship has been on sale for several years and Nissan has yet to officially detail any successor.

The Surf-Out concept takes the form of a futuristic pick-up truck, promising a comfortable driving experience on all terrains, a range of power outputs and a "low and flat cargo space". 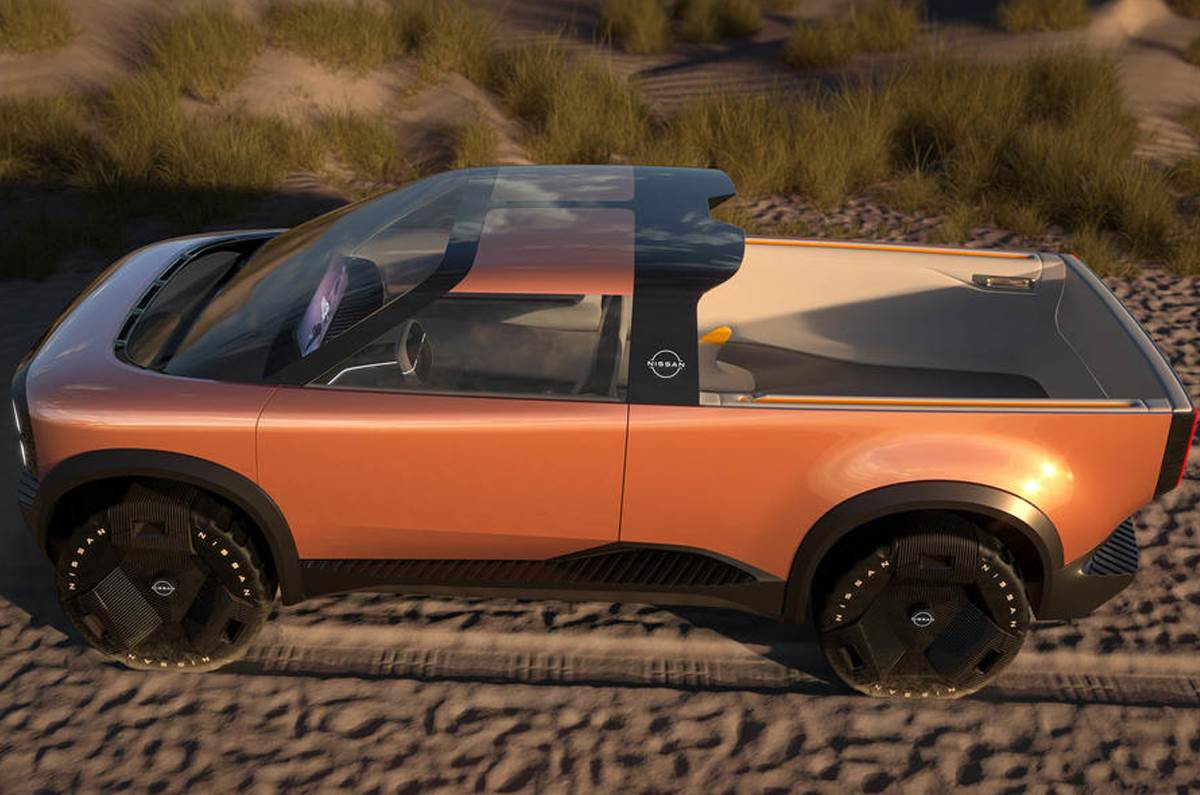 Rounding off the reveals is the Hang-Out concept, which adopts more familiar, MPV-style proportions but aims to "surpass the conventional wisdom about interior layouts".

It aims to suppress vibrations and jolts on the move to reduce car sickness, while providing space and quiet on a par with a traditional living room. It has a 'theatre-like' seating arrangement and is said to be capable of going "off the beaten path". 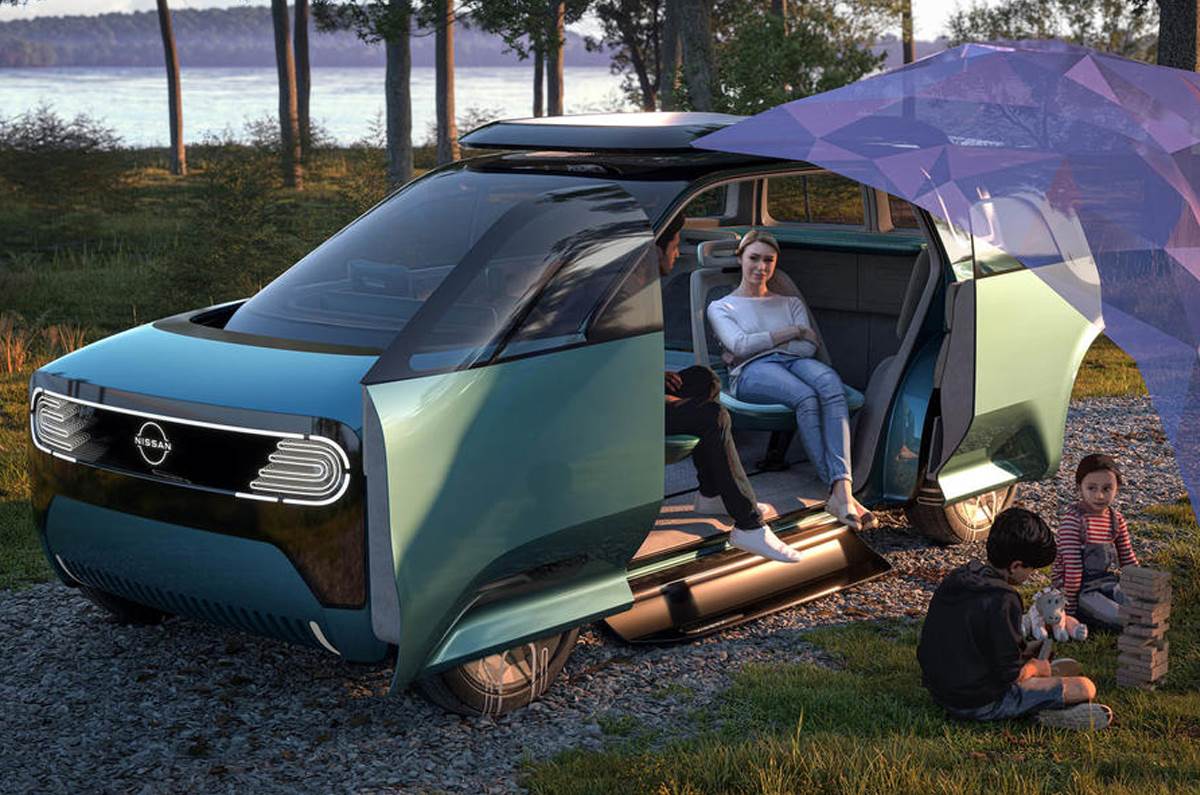 Following the launch of the new Magnite compact SUV in the Indian market, Nissan has seen a  revival in sales in recent months. The carmaker recently completed 30,000 deliveries of its compact SUV, with booking numbers having crossed 72,000 units.

It, however, remains to be seen what the carmaker plans to launch next in our market. Nissan’s current line-up comprises the Kicks midsize SUV and the smaller Magnite.