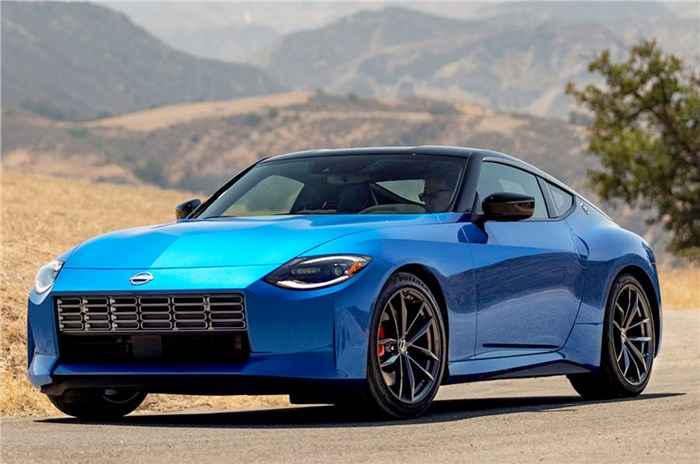 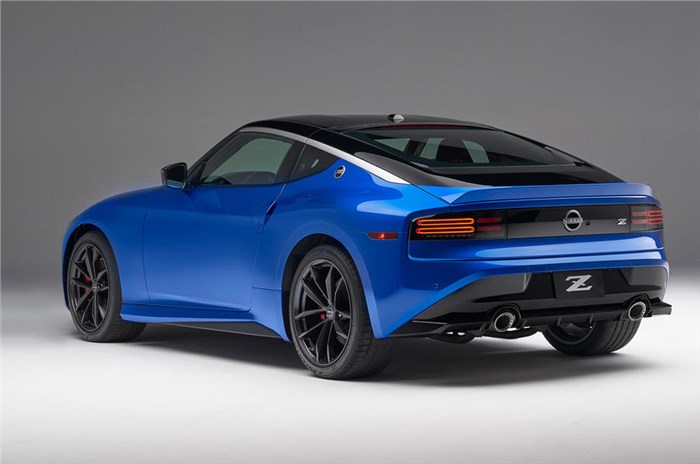 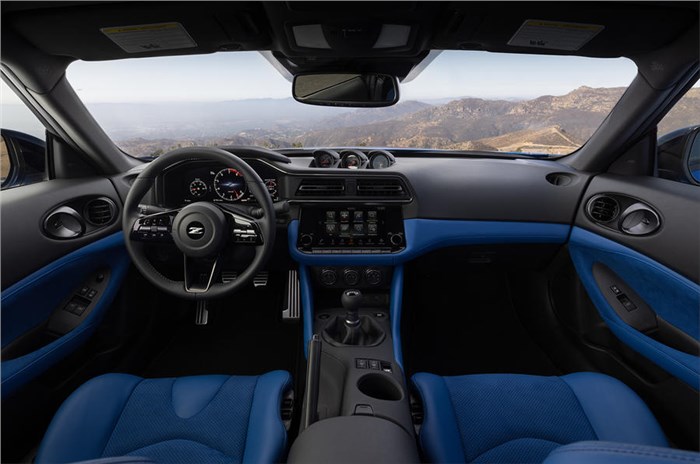 The production-spec Nissan Z sports car has been revealed ahead of a global launch sometime next year. Previewed as the Z Proto concept in September 2020, the seventh-gen Z car features a 405hp, twin-turbo V6 engine and new retro-infused design. A Japanese-spec model, badged the Fairlady Z, is expected to debut later in the year.

The new Z features styling elements that echo the original model Z from 1969, and maintains the long bonnet and short rear that are hallmarks of the model line. Nissan design boss Alfonso Albaisa said the new design is intended to "travel between the decades, including the future."

The new model gains LED headlights, featuring two half circles that draw on those of the 1970s Fairlady 240ZG, while the design on the front has a profile based on the original model. There is also an aerodynamic-honed front splitter and higher-end Z Performance models also feature a rear spoiler.

The Z will be available in Sport- and Performance-grade models, with the latter featuring 19-inch wheels and extra bodywork elements. A limited-edition Z Proto Spec will be offered at launch, featuring yellow brake calipers, bronze aluminium alloy wheels and other bespoke styling elements.

The interior is intended to blend modern technology, including an 8.0-inch touchscreen infotainment in the centre of the dashboard, with classic Z design elements such as the three dials atop the centre console. Nissan says it sought advice from racing drivers to hone the interior layout, which, it says, can be seen in the configuration of the 12.3-inch customisable digital instrument cluster.

The seats are styled after those in the GT-R to offer improved comfort and fit, and feature increased use of suede, which, Nissan claims, suppresses lateral shake on the body to increase comfort.

The Z is offered with a six-speed manual gearbox or a nine-speed automatic. Both ’boxes offer a 'performance-grade' launch assist control system and manual models feature a carbon fibre composite driveshaft and a downshift rev-matching function.

Nissan says a key focus of the new Z was to build on the handling traits of previous-generation models. Chief product specialist Hiroshi Tamura said: “More than just powerful and agile, the all-new Z is designed to be one with the driver, for the car to be a ‘dance partner’ for their on-road adventures.”

Nissan says the new model offers better body rigidity than the 370Z, along with a new electronic power steering system and wider front tyres to boost cornering performance. The front and rear dampers use a new monotone shock absorber design, which, Nissan claims, results in a reduction of dampening force of around 20 percent to improve stability. The double-wishbone aluminium suspension has also been revised.

As mentioned above the new model is set to go on sale in 2022 in international markets with a Fairlady Z to debut in the Japanese market later this year. Coming to India, Nissan did offer the older 370Z as a halo car in the market between 2010 and 2014. It however remains to be seen if the new Z could also be brought to India in limited numbers as a CBU import.