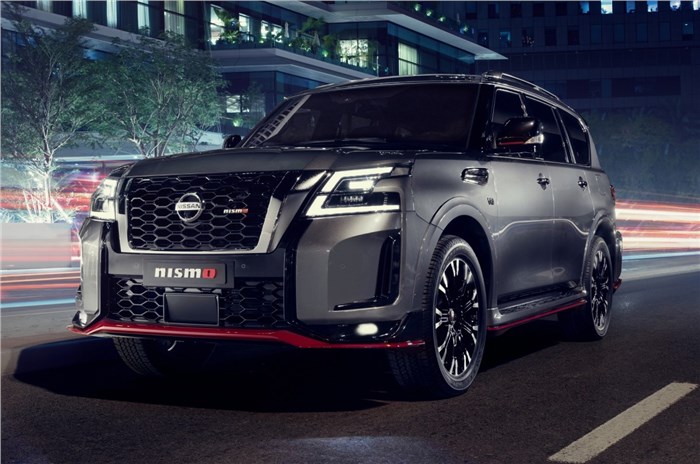 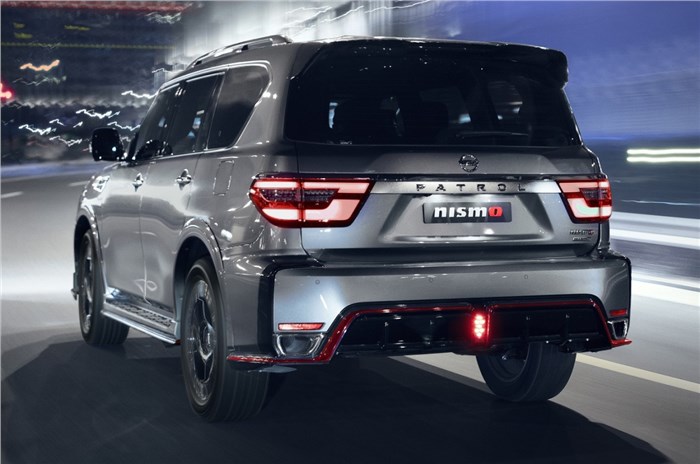 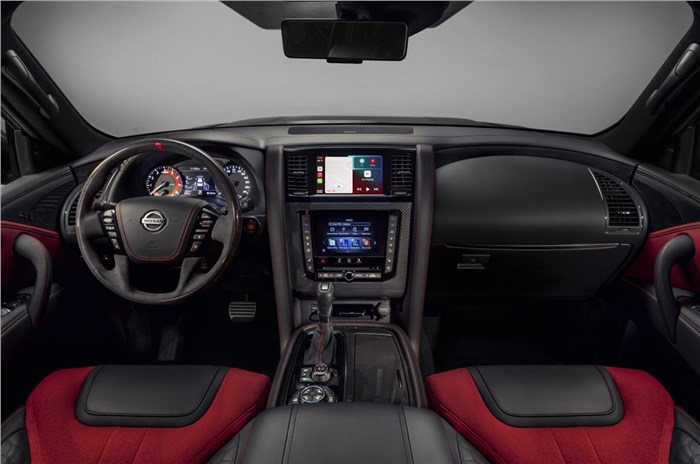 The 2021 Nissan Patrol Nismo has been revealed. The performance version of Nissan's flagship SUV gets more power and quite a few styling tweaks and upgrades under the skin.

Essentially, a go-faster version of Nissan's Land Cruiser rival, the Patrol Nismo makes a comeback for the 2021 model year and is based on the latest update of the standard Patrol SUV. The 2021 Nissan Patrol Nismo looks meaner, with its unique front bumper that gets a larger centre intake, and the rear bumper with faux diffusers and a Formula E-style centre-mounted LED stoplight. Additionally, it also gets a new honeycomb grille with multiple blacked-out bits instead of the chrome trim seen on the standard Patrol. It also gets sporty side skirts with red and black accents on the sides. 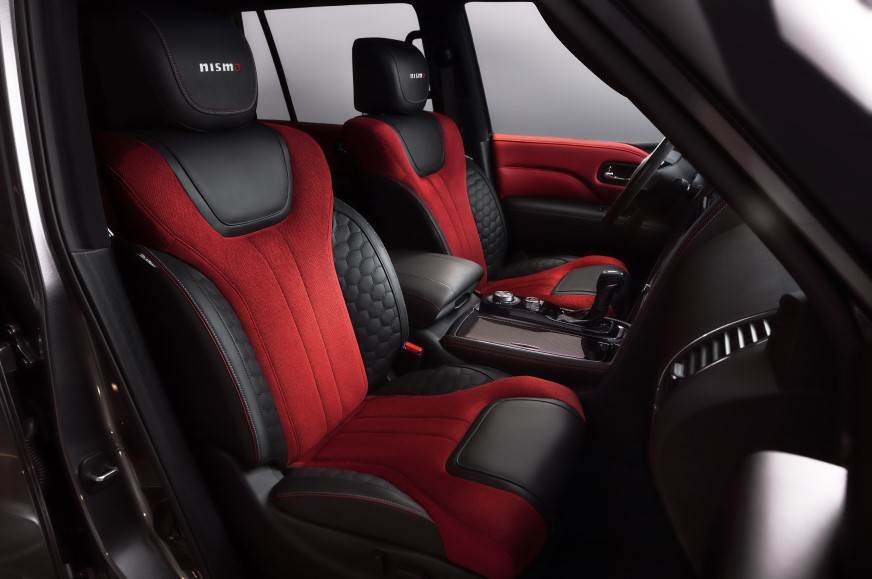 On the inside, it gets red and black seats with Nismo badging, and faux carbon fibre trim on the dashboard and centre console. It comes with dual 8.0-inch touchscreens for infotainment and HVAC control and wireless charging.

Nissan Patrol Nismo: How much more powerful is it?

Under the hood, the long-running 5.6-litre V8 – that has seen duty in not just on the Patrol but also on other Nissan SUVs and pick-ups globally – has been fine-tuned by Nissan's Takumi engineers and it now churns out 428hp; that’s 28hp more than the standard Patrol SUV. In addition, the Patrol Nismo also gets suspension upgrades that include Bilstein components. 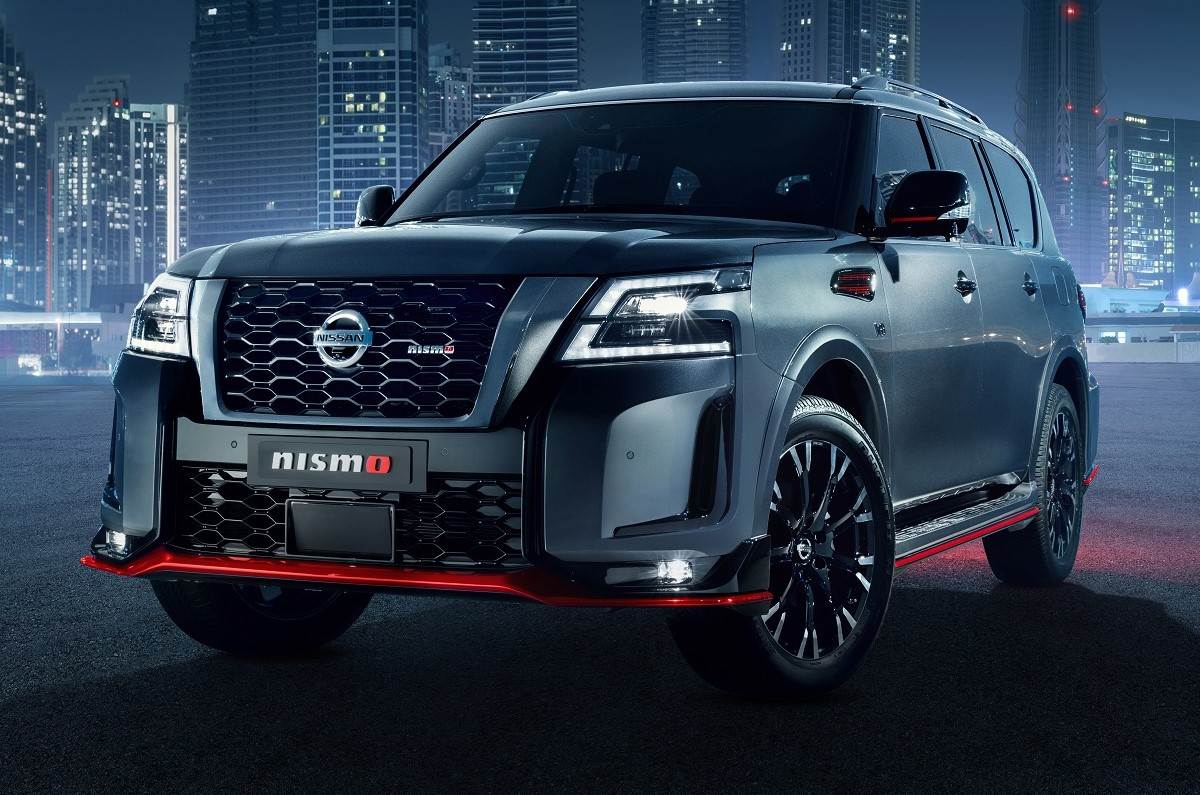 Nissan Patrol Nismo: Will it come to India?

Nissan showcased the standard Patrol in India a few years ago but the SUV never went on sale here. There is no news on the Patrol Nismo coming to India anytime soon. Nissan India is currently focusing on delivering the Magnite SUV to its customers. Thanks to its aggressive pricing, a huge order backlog has accumulated.