Mercedes will unveil the all new generation of the SL roadster later in 2021. 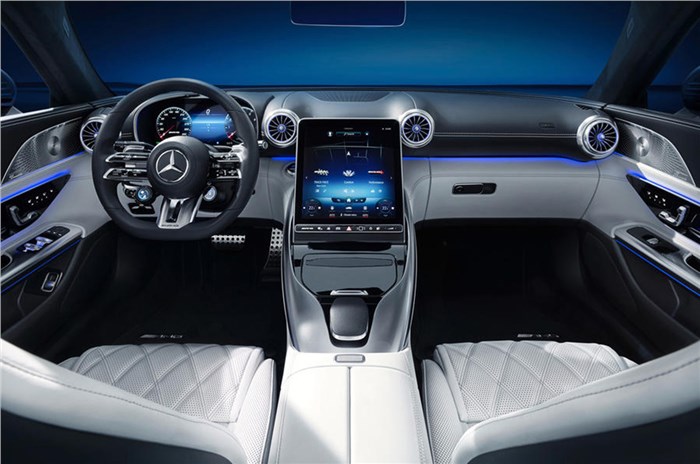 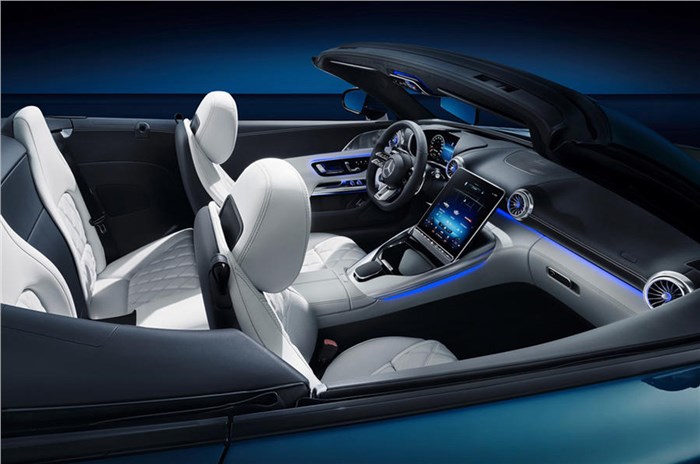 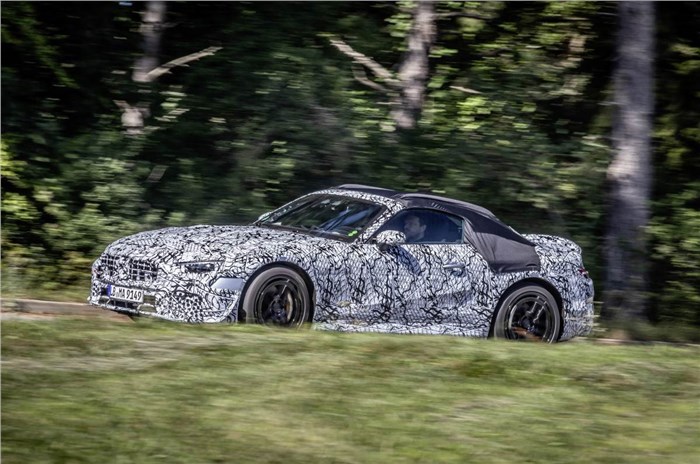 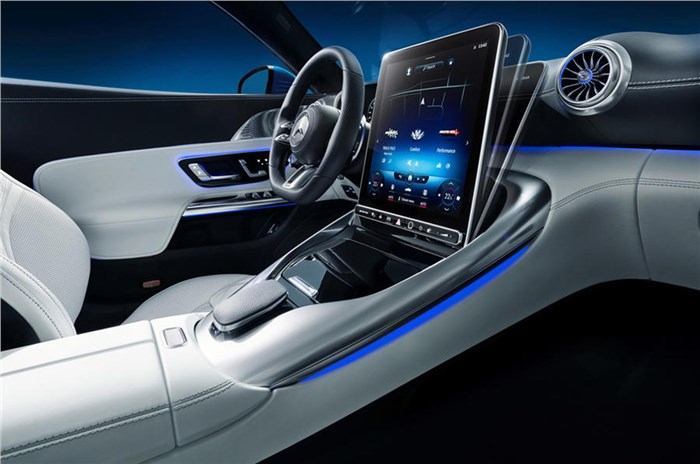 The interior of the forthcoming Mercedes-AMG SL roadster has been revealed, ahead of the car’s unveil later this year. The new SL has already been previewed in its pre-production guise last year.

The interior design takes its inspiration from the AMG GT and GT 4-Door Coupe, according to Mercedes, but here the centre console is dominated by an 11.9-inch touchscreen. The company said the portrait orientation is better for navigation, and the entire screen can be tilted electronically to give drivers the best possible view.

Running the brand’s MBUX infotainment system, the 12.3-inch instrument display is fully digital, and drivers can customise the menus to suit their individual preferences. Mercedes claimed the screen “is not designed to be free-standing but integrated into a high-tech visor” that prevents glare caused by sunlight. There is also an optional head-up display that can show the car’s surroundings in 3D. The new model will also get Burmester speakers that are integrated into the doors, and 64-colour ambient lighting allows drivers to adjust the mood of the cabin.

The AMG SL adopts a 2+2 seating layout for the first time since the Mercedes SL R129 model from 1989. The rear seats are suitable for children, and when they are not in use, Mercedes says a draught stopper can prevent unwanted airflow around the driver and front passenger.

In keeping with the car’s sporty yet comfortable brief, Mercedes has paid close attention to the interior finish. Buyers can choose from single- or two-tone Nappa leather, which can be combined with a variety of stitching colours.

New Mercedes-AMG SL: what else do we know?

Last month, Mercedes revealed details of the new AMG SL in the build-up to an anticipated unveil later this year. The new model uses an aluminium spaceframe with a “self-supporting structure”, and a wider range of powertrain choices will be offered.

A mix of aluminium, steel, magnesium and fibre composites result in an 18 percent  increase in stiffness over the old model, and the main shell of the car – without the doors, bonnet or bootlid – weighs 270kg. The new SL will be offered with a fabric roof, and 4Matic+ all-wheel drive is expected, too.

Mercedes plans to offer the SL with a limited range of hybridised in-line six-cylinder and V8 petrol engines. The new SL will use Mercedes’ MSA platform which will also underpin the next-gen AMG GT.

New Mercedes-AMG SL: will it come to India?

While Mercedes did previously offer the SL in India from 2001 up to the early 2010s, it did not launch the current-generation – revealed in 2012 –in our market. The German carmaker has also not made any official announcement regarding its plan to launch the new model in India. That being said, the new Mercedes SL could likely return to our market after its debut later this year. If it is launched in India, it will compete with the likes of the Jaguar F-Type and the Porsche 911.