Next-gen Mahindra Thar to be feature-laden

Fresh spy shots give us a glimpse of the new Thar’s top-spec trim. 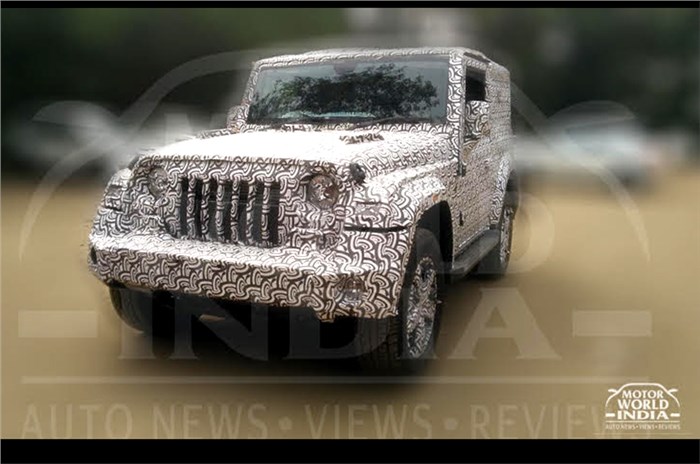 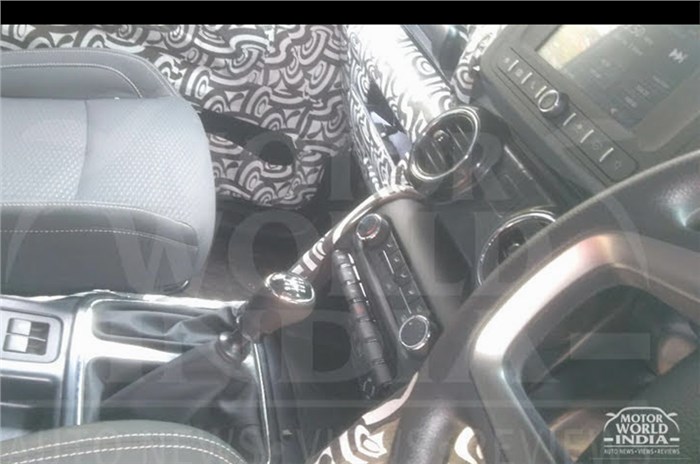 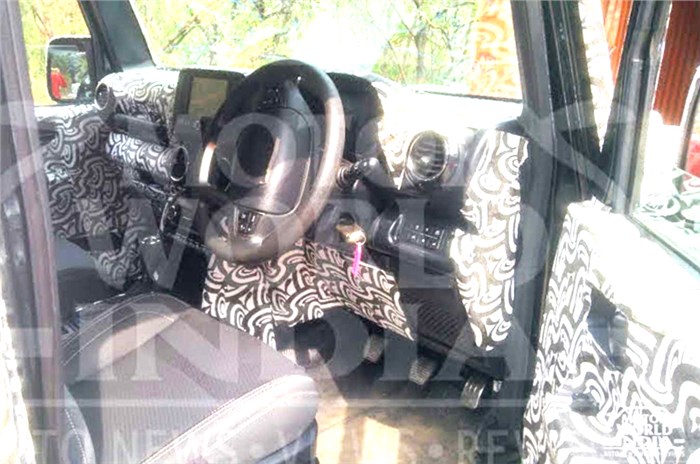 Mahindra has been testing the next-gen Thar for almost a year now and we have brought you spy shots of the upcoming SUV being tested in its various stages.  Our last set of images showed the new Thar in its close-to-production glory, confirming that the SUV will get large 18-inch alloy wheels. This time around, the new spy shots on the internet give us a glimpse of what the new Thar's interior will look like.

An earlier set of images had given us a hint that the new Thar will be a lot more comfort-orientated and much less utilitarian than the model it'll replace. There'll be a fresh dashboard design, and, for first time, a touchscreen infotainment system, at least in the higher variant. The infotainment is expected to come with Apple CarPlay and Android Auto support and will also double as a display for the reverse camera. It gets the same steering wheel as the TUV300, with mounted controls for audio and telephony among other features. The AC vents are round units with subtle chrome outlines, placed below the high-set infotainment screen and on the corners. The SUV will, however, get a manual HVAC system and multiple USB outlets. Also, in terms of features, the new Thar will have dual front airbags, power-folding wing mirrors and a large multi-info display. As we had reported earlier, the new SUV will get front-facing seats for the second row.

Under the Thar's hood will be Mahindra’s tried-and-tested 2.2-litre diesel engine but with a BS6 emission upgrade. It will also get an automatic start-stop system.  The engine will generate around 140hp and will also be seen on the Scorpio and the TUV300 Plus. This engine will be mated to a 6-speed manual gearbox, with an automatic transmission variant expected to join later. There are also talks of the Thar getting a petrol engine at some point.

In terms of proportions, the new Thar looks a bit bigger (length and width). The new SUV is a ground-up effort from Mahindra, with new body panels all around. And as the spy shots reveal, the SUV will get a factory-fitted hard top as well.

As reported earlier, the new Thar’s design sees a lot of retro Mahindra Jeep cues, but will also get features like LED daytime running lights, LED tail-lamps and other modern styling bits. It gets a higher-set front bumper with integrated fog lamps. Mahindra will continue to offer the side-opening rear door with a spare tyre mount on the new Thar.

These recent spy shots confirm that the Thar looks close to ready for its market launch. While there is no confirmation from the company yet, a few dealers have revealed that the new Thar could reach dealerships pan India by March 2020.