Codenamed ‘Z101’, the new Mahindra Scorpio will stick to body-on-frame construction but could have a lower stance; likely to use a new, BS-VI-compliant 2.0-litre diesel engine. 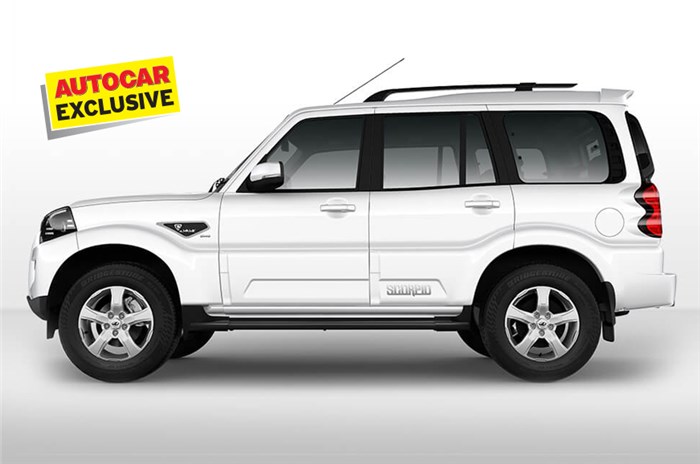 The last six months have been action-packed for Mahindra. Between October 2018 and February 2019, the company has launched three all-new models – the Marazzo MPV, the flagship Alturas G4 SUV and the XUV300 compact SUV. Now, Mahindra is focusing on helping the rest of its portfolio make the transition and meet upcoming safety and emission norms. The carmaker is readying a new 2.0-litre diesel engine that will comply with the upcoming Bharat Stage VI emission norms, and this unit is also likely to make its way into the engine bay of the new Mahindra Scorpio.

The new 2.0-litre diesel engine is being developed to offer three different states of tune. Of the three, the mid-spec, 160hp version of this engine – said to weigh 80kg less than the outgoing 2.2-litre mHawk unit – will likely power the next-gen Scorpio. Along with the hike in power, the 2.0-litre diesel will also likely bring more torque to the table, with an output higher than the 320Nm generated by the current-gen Scorpio’s mHawk engine. In addition to a 6-speed manual, Mahindra could also look at offering an automatic gearbox on the new Scorpio as demand for ATs continues to grow. A four-wheel-drive variant could also be on the cards.

According to company sources, the new Mahindra Scorpio (codenamed Z101) will be the second product after the Marazzo to be conceptualised and shaped at Mahindra’s North American Technical Centre. To be engineered and developed at the Mahindra Research Valley, in Chennai, the new Scorpio will remain a body-on-frame SUV like the current model, but with updated underpinnings. It’s expected to sit lower than the current Scorpio, but should retain its beefy and imposing look on the whole, seeing as that is a draw for most Scorpio buyers.

By the time the new Mahindra Scorpio is launched sometime in 2020, the SUV space will be jam-packed with entrants from established players such as Tata Motors and Maruti Suzuki, as well as newcomers such as Kia Motors and MG Motor. The high cost of upgrading diesels to meet BS-VI norms will mean the new Scorpio will likely come in at a notably higher price than the current model, which is priced from Rs 10-16.37 lakh (ex-showroom, Delhi).

What would you like to see on the new Mahindra Scorpio? Let us know in the comments.