Over 4,000 bookings already registered for the Mahindra XUV300, aimed squarely at Maruti Suzuki Vitara Brezza and Tata Nexon; available in both petrol and diesel options. 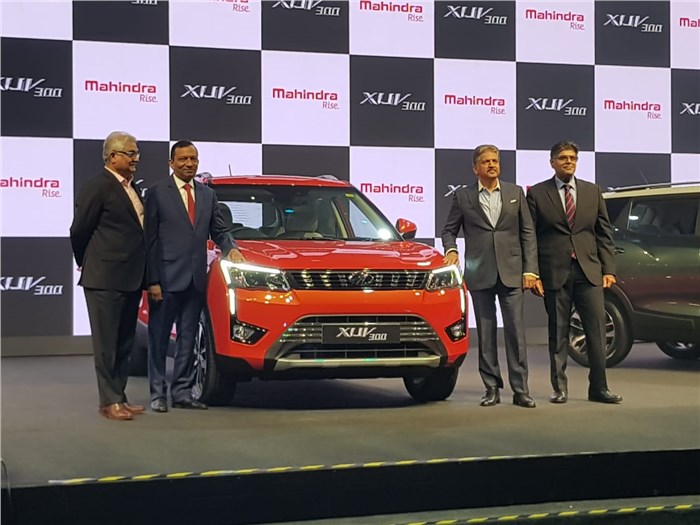 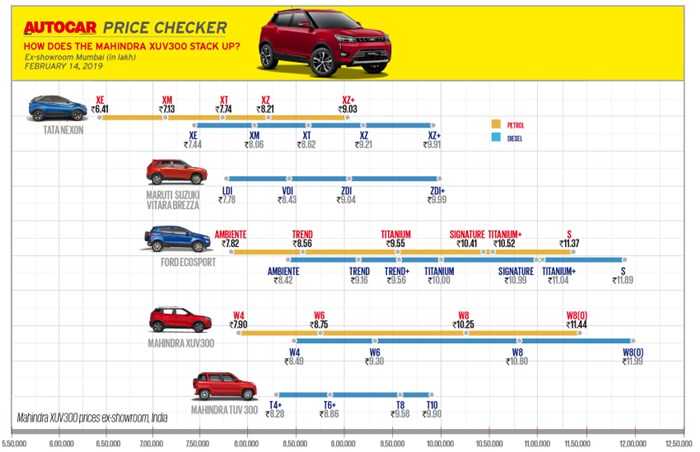 How does the XUV300 stack up against rivals (ex-showroom, Mumbai)? 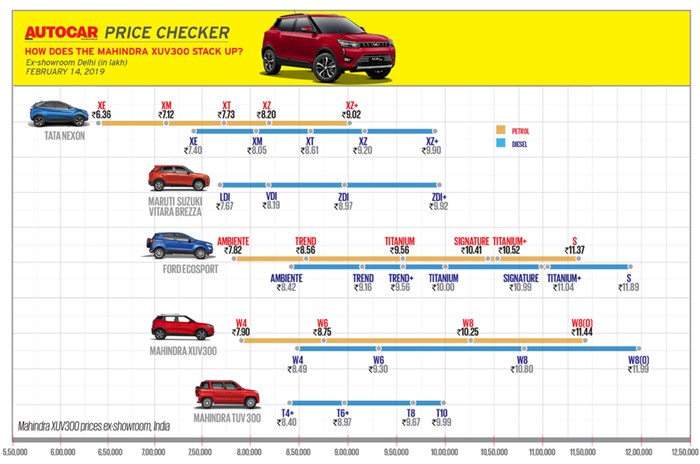 How does the XUV300 stack up against rivals (ex-showroom, Delhi)?

Since its reveal at the end of 2018, the Mahindra XUV300 has been one of the most talked-about new launches in recent times. As it should – Mahindra has pulled out all the stops with its latest salvo in the compact SUV space. Not only is the Mahindra XUV300 good-looking, it also brings with it a number of segment-first features and a powerful diesel engine. Today, Mahindra has launched the XUV300 at a starting price of Rs 7.9 lakh (ex-showroom). The XUV300 diesel starts at Rs 8.49 lakh. Its price puts it squarely in the territory dominated by the Maruti Suzuki Vitara Brezza; and the XUV300's fully-loaded W8 (O) variant could even poach some potential Hyundai Creta buyers. Having opened order books at the start of January, Mahindra has already received over 4,000 bookings for the XUV300.

The Mahindra XUV300 is based on the SsangYong Tivoli’s X100 platform, which has been modified and altered to fit within the crucial sub-four-metre length. That said, the XUV300 is still the widest compact SUV on sale and also has the longest wheelbase in its class.

As we’d previously reported, the XUV300 will be available in a total of four variants – W4, W6, W8 and W8 (O). Features that will be standard across the range include two airbags, ABS, disc brakes on all four wheels, LED tail-lights and all four power windows. In addition to those, the W8 gets dual-zone automatic climate control, a 7.0-inch touchscreen infotainment system, a reverse camera, cruise control and more; while the range-topping W8 (O) packs even more kit in the form of front parking sensors, 17-inch diamond-cut alloy wheels, a sunroof, and a class-leading seven airbags.

Powering the XUV300 is the same 1.5-litre diesel engine that debuted in the Marazzo, making 117hp and 300Nm of torque; along with a 1.2-litre turbo-petrol engine putting out 110hp and 200Nm of torque. The Mahindra XUV300’s fuel-efficiency figure is pegged at 17kpl for the petrol variant and 20kpl for the diesel variant. Both engines are mated to a 6-speed manual gearbox for now, with an AMT set to be introduced in the XUV300 in the months to come.

(*Prices for the Mahindra XUV300 are ex-showroom pan-India)

What do you think of the Mahindra XUV300’s price? Let us know in the comments. 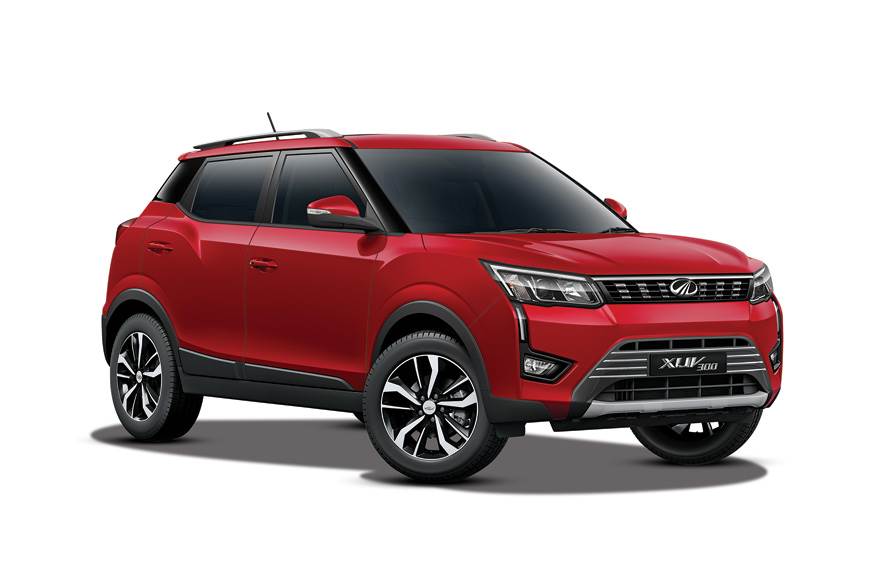