All-new SUV from Hyundai will replace the Creta internationally. 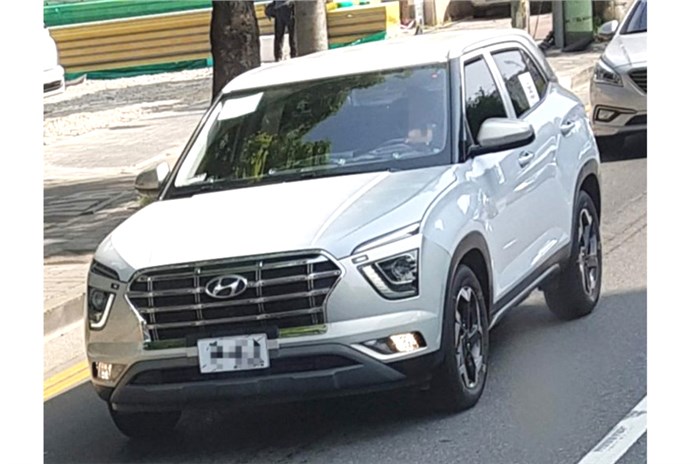 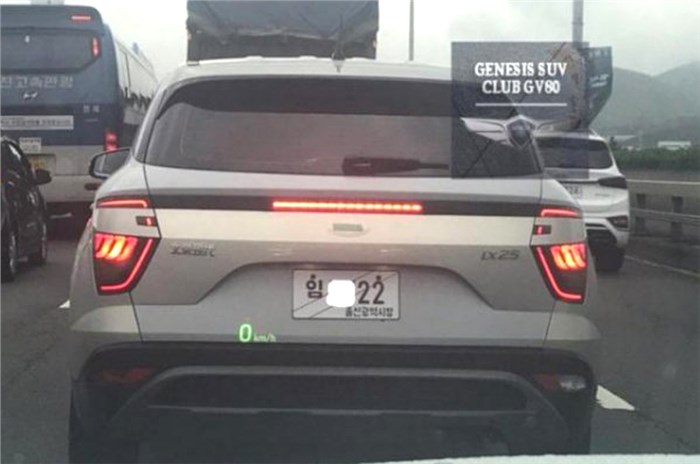 Hyundai has begun road-testing its new ix25 SUV with the first pictures coming from Korea. This new SUV will be a replacement for the Hyundai Creta (sold as ix25 in some markets like China) and was first shown at the recent Shanghai Auto show 2018.

The model spotted in Korea seems to be a variant or two below the top-spec trim, thanks to the missing sunroof and contrast paint like the one seen on the show floor display.

The new Hyundai ix25 gets a more rounded look as opposed to an angular design on the previous gen SUV.  Upfront, the new Hyundai ix25 gets a massive cascade grille, similar to the one seen on the Hyundai Venue compact SUV (launch May 21) and on the full-size Hyundai Palisade SUV that is sold abroad. It gets a split headlight design with slim LED lamps placed on the top of the main headlamps (with projector units and LED daytime running lamps) that are placed in a separate unit a bit lower on the front bumper.  The front bumper gets a separate set of fog lamps on each corner that is divided by a faux skid plate that adds to its SUV look.

On the side, the new Hyundai ix25 (Creta replacement for some markets) gets a rather plain look with almost no character lines except the one running from the rear fender across to the rear door.  The wheel arches on the new ix25 are squared off and the model continues to come with subtle cladding running across its side along with some faux aluminum trim below the doors. The new ix25 gets similar diamond cut alloys like the Venue however the size could be a tad larger.

Just like the front styling, the new ix25 gets a split-setup for the taillamps as well. There is a strip of LED lights running across the width of the car with separate units for brake and turn signals placed below. The shape of the main taillamps do resemble the ones on the latest-gen Mahindra XUV500 that is sold in India.

On the inside, the ix25 shown in China was loaded with a much more premium interior than the outgoing SUV.  A large touchscreen infotainment system, seamlessly flowing to the centre console making the dashboard almost devoid of buttons. This also confirms that most of the functions like HVAC will be managed via the touch screen. The model also gets a flat-bottom steering wheel with subtle does of faux brushed aluminum to give a sporty feel.  Higher variants are also expected to come with paddle shifters and even cooled seats along with an electronic parking brake.

While the styling of the ix25 SUV which will replace the Creta in some markets does look a bit radical, the actual Creta replacement for India is expected to get slightly different (read toned down) styling when the model comes to India in future.  Expect the India-spec Creta to be powered by BS-VI compliant 1.5-litre petrol and diesel engines that will make debut first on the refreshed Hyundai Verna.

As reported by us last year, the next-gen Creta will come in not one but two seating configurations. The five-seat model will come first, sometime around next year and the seven-seat iteration will join a little later.