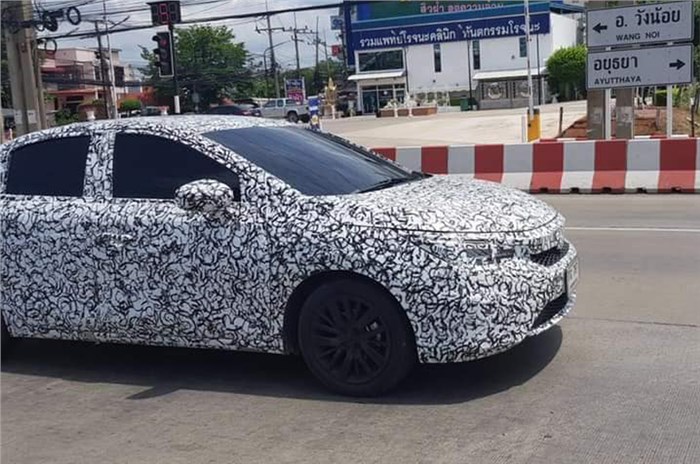 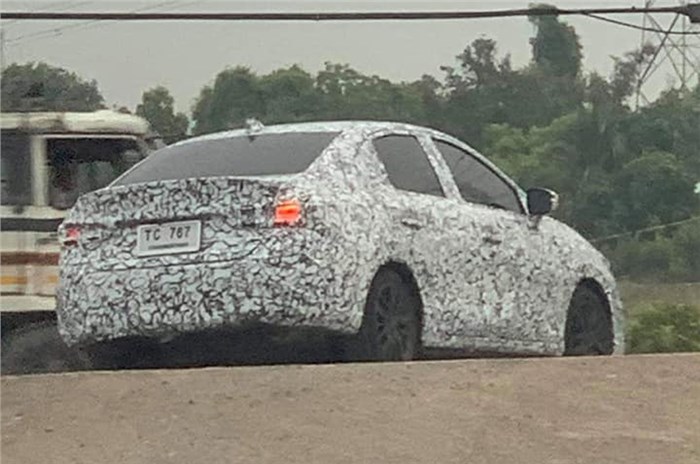 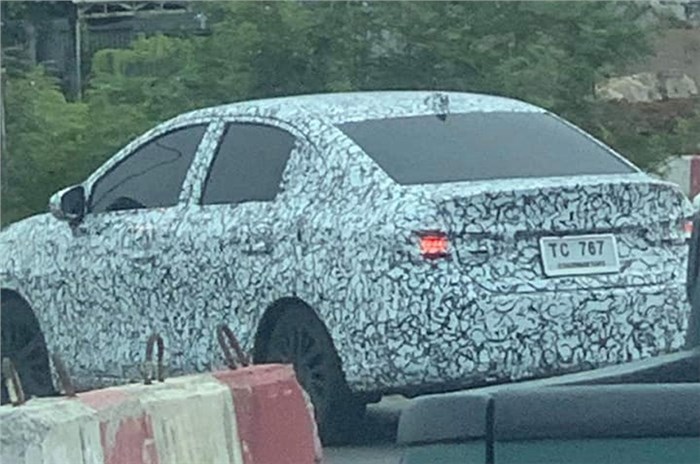 Honda has begun road testing the fifth-gen City, with the first-ever spy shots of the all-new mid-size sedan showing it on Thailand’s roads. The new Honda City will replace the current, fourth-gen model that made its debut back in 2014. The Japanese brand is expected to bring the new City to India some time next year.

As seen from the spy shots, the new Honda City looks a tad longer and wider than the outgoing car. Even though the test mule wears heavy camouflage, the images do reveal quite a few details. The new City’s styling could somewhat mimic newer Honda models, namely the flagship Accord sedan, especially when viewed from the front. It gets wide wraparound headlamps replete with LED elements, a wide grille with a thick chrome strip and a large Honda badge at the centre.

At the back, the new City will get wraparound tail-lights just like the outgoing car. However, a closer look reveals that the tail-light’s new design tapers down a bit at each corner – something that has not been seen on any Honda sedan so far.

As reported by us last year, Honda is also readying a petrol-hybrid version for the City. This variant will be a mild-hybrid alternative and won’t get costlier, fully-fledged hybrid technology that is available on other Honda models sold abroad.

Key rivals to the new City will include the Maruti Suzuki Ciaz and the Hyundai Verna; the latter is expected to get a facelift next year.