New City is most likely to come with three engine options and is expected to get a full-digital instrument cluster as well. 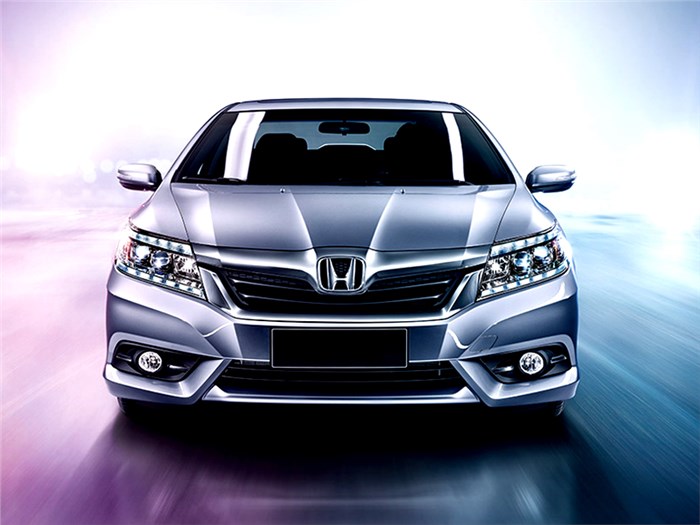 The fifth-gen Honda City is all set to see a global unveil sometime in the latter part of next month. The model will first go on sale in the Thai market followed by other ASEAN regions. India launch is expected to take place next year, most likely in the second half. The company has begun testing its Verna rival; not just in Thailand but also in India.

The new Honda City sedan will be sold globally with engine options and first up will be a new 1.0-litre turbo petrol engine. This engine will churn out around 120hp and will feature a turbo charger from Borg Warner. Gearbox choices would include a 6-speed manual as well as a CVT. This motor will be primarily aimed at the Thailand domestic market.

The second engine option on the new City will be a 1.5-litre petrol mill coupled with Honda's new compact i-MMD mild-hybrid tech expected to make its debut in the new Jazz later this month. Power and torque figures for this motor are not yet known. Honda will offer this engine with a CVT gearbox and a 6-speed manual is also a possibility.

The third engine option for the Honda City will be the 1.5-litre diesel powerplant that is available on the current-gen City and other Honda models in India. This engine delivers 100hp and 200Nm of torque in its BS4 state. However, the next-gen Honda City will come with a BS6-compliant version of this engine. Honda will offer the City diesel with a 6-speed manual gearbox as well as, for the first time, a CVT transmission, as reported by us earlier.

As far as the interiors go, the new City is expected to have better-quality materials on the inside and may share the same dashboard design as the next-gen Honda Jazz. It will come with a larger touchscreen system on higher variants and is expected to get digital instrument cluster as well.

From the spy shots seen earlier, the new City could get Honda's latest styling characteristics. This means large wraparound LED headlamp and tail-lamp units, a thick chrome bar up front, similar to the Civic sedan and the CR-V. Like the current Honda City, the new model will take on the likes of the heavily updated Hyundai Verna, the Maruti Suzuki Ciaz, Toyota Yaris, Volkswagen Vento and Skoda Rapid in the Indian market.