New Mahindra XUV500, Scorpio launch could be delayed due to semiconductor shortage

The global shortage will impact Mahindra’s ability to source key electronic components for the new SUVs. 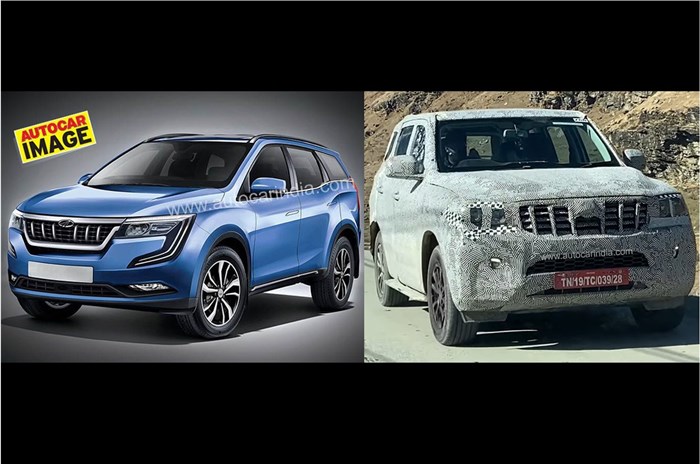 The all-new Mahindra XUV500 and Scorpio, which are slated for launch in India in the coming months, might be delayed due to the current global shortage of semiconductor chips. Semiconductor chips are used for manufacturing ECUs (Engine Control Units) and other car electronics.

Over the past few months, there has been a global shortage of semiconductor computer chips. This shortage has disrupted the automotive industry’s supply chain and is impacting car manufacturing all around the globe.

The reason this shortage is causing setbacks to automotive manufacturers is that, in today’s day-and-age, semiconductors chips are a crucial component for modern infotainment systems, ECUs, driver aids and other electronic components. Without the chips, these vital components can’t be manufactured and fitted to the cars, hence halting the car’s production.

Another reason semiconductor chips are currently in high demand is that, in addition to being crucial for the auto industry, it is also required for a number of consumer electronic devices, such as gaming consoles, laptops, desktops and tablets, to name a few. The fact that there has been strong demand for new cars off late, along with the high pandemic-driven demand for consumer electronics, means the shortage has been even more pronounce.

Mahindra – like many other automakers – has also been impacted by this global shortage of semiconductor computer chips. Due to the shortage, there is a high possibility that the launch of the upcoming second-gen XUV500 and all-new Scorpio could be delayed. Especially considering that Mahindra is expecting this shortage to spill into the second quarter of 2021, meaning it will take even longer to get the various electronic components in place, before manufacturing the new SUVs can begin.

Mahindra’s second-gen XUV500 is going to feature new interior and exterior styling. It will also come equipped with a lengthy features list, including two flush-mounted horizontal screens – one for the instrument cluster and one for the infotainment system (like in a Mercedes E-class) – a panoramic sunroof and the much talked about Level 2 Autonomous Driving Assist Systems (ADAS) to name a few. The new XUV500 will be built on a stiffer monocoque platform that will be longer and wider than the current model. It will also get two engine options – a 180hp, 2.2-litre turbo-diesel and a 190hp, 2.0-litre turbo-petrol. Both engines are expected to get the choice of either a 6-speed manual or a 6-speed torque converter automatic, and an all-wheel-drive system is also likely to be offered on higher trims.

The all-new Mahindra Scorpio will feature a completely fresh exterior design, too, that will retain the upright and boxy silhouette of the older models. Its interior will also get a major overhaul and is expected to be more premium than the current model. The new Scorpio will sit on an updated ladder-frame chassis and will be both, wider and longer than the outgoing model. Under the hood, the new Scorpio will come with a 140hp, 2.2-litre turbo-diesel and a new 2.0-litre turbo-petrol engine.

Other Mahindra launches in 2021

Besides the two models mentioned above, Mahindra is also working on the Bolero Neo, which will be based on the TUV300. The Bolero Neo is expected to be positioned slightly above the standard Bolero in Mahindra’s line-up. Another model set to be updated is the XUV300, which will be getting a new 130hp, 1.2-litre, turbo-petrol from Mahindra’s mStallion family. This configuration was previewed in the XUV300 Sportz that was showcased at the 2020 Auto Expo.