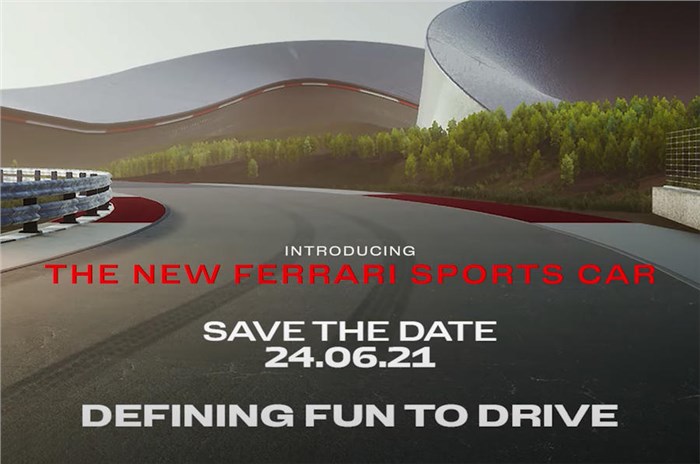 Ferrari has officially announced the reveal date for its "revolutionary" next supercar, June 24, 2021. The firm has yet to confirm any details about the upcoming model, but a teaser video featuring 2019 F1 Pro Series world champion David Tonizza hints that it will be a radical departure from the brand's current line-up.

The video doesn't give a glimpse of the car itself, but it appears to show the Ferrari esports driver using a real car's steering wheel and includes a brief audio clip of an engine being fired up.

It is highly likely that the new model will be the entry-level hybrid supercar confirmed by Ferrari in 2018. Codenamed F171, the new car is widely expected to use an electrified V6 powertrain - making it the firm's first since the Dino to use six cylinders, and the second hybrid capable of electric-only driving, following the SF90 Stradale.

It is understood the car will use a twin-turbocharged 3.0-litre V6 and single electric motor, with a combined output of around 710hp in order to compete with the 680hp McLaren Artura. Unlike the all-wheel-drive SF90, this new model will be rear drive only.

It's currently unclear if the engine will be an all-new Ferrari creation, or if it will be related to the 3.0-litre Nettuno seen in the recent Maserati MC20 supercar, albeit without any hybrid assistance.

The hybrid powertrain will also appear in the upcoming Purosangue SUV and will be key to furthering the brand's electrification efforts, which will include a fully electric model by 2025.