New limited-edition 812 Competizione and Competizione A get the most powerful V12 production engine Ferrari has ever launched and a 9,500rpm redline. 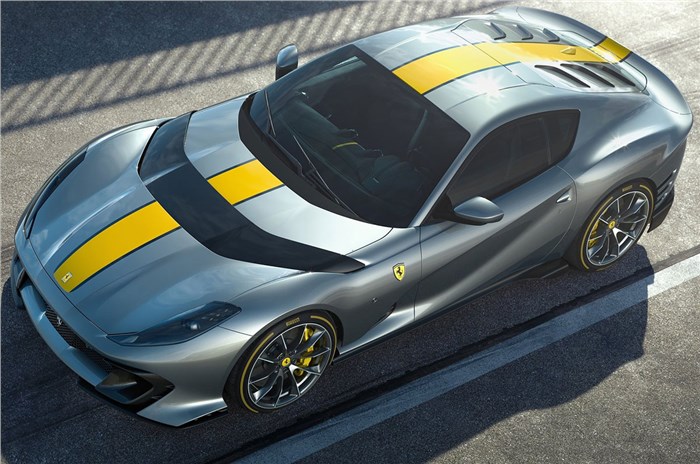 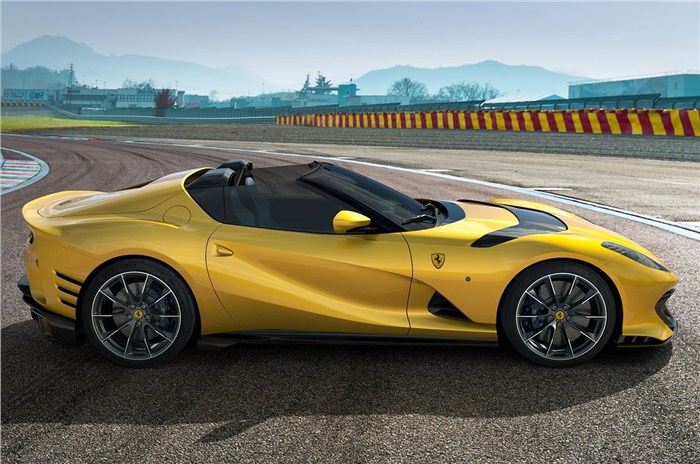 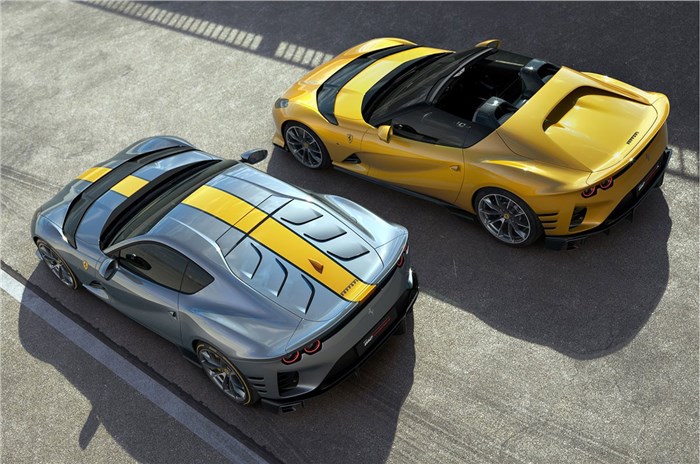 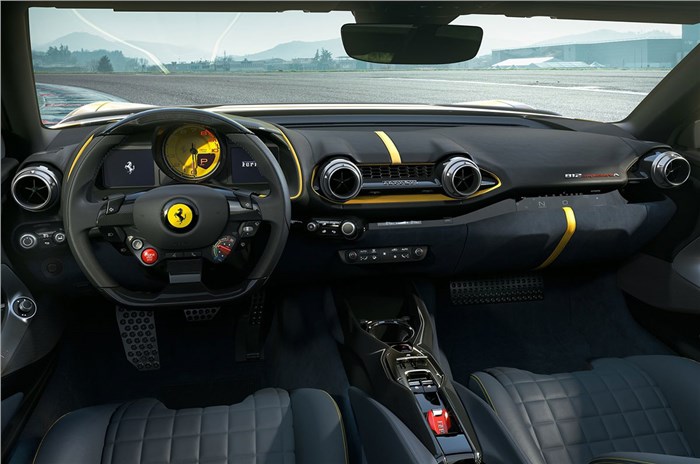 The new Competizione and Competizione A share a fair few design elements like the more aggressive front bumper and splitter, and the carbon blade that runs across the bonnet. For the Competizione (coupe), the rear window has been replaced with an aluminium structure that acts as a vortex generator and gives it a new silhouette with fastback-styled look. The Competizione A meanwhile gets a set of flying buttresses in a very typical Ferrari style, with an inbuilt spoiler that adds downforce. The built-in spoiler on both supercars is more conventional, yet more aggressive when compared to the cars they are based on, and harks back to Ferrari’s race cars from the early 60s.

Continuing to the rear, both get a massive new diffuser and vents to cool the brakes, along with a repositioned exhaust. The exhaust tips, for the first time in decades, are not round but rectangular, and vertically placed at the edge of the diffuser element.

The new Competizione and Competizione A get a 6.5-litre, 65-degree V12 engine that makes a monstrous 830hp; up 30hp from the standard car. As mentioned, this makes it the most powerful series production road-going V12 Ferrari has ever made. The naturally aspirated engine gets a redline of 9,500rpm, which is made possible due to updates in the valve timing mechanism and new titanium connecting rods, along with new carbon pins inside the pistons and the camshaft which reduces friction. There have also been updates to the crankshaft, which is now 3 percent lighter, and there’s a new intake that adapts itself to maximise the strength of the explosion in the combustion chamber. The seven-speed dual-clutch gearbox has also been recalibrated to offer 5 percent faster shifts.

The supercars also get a new high performance exhaust that not only allows the engine to breathe better but also sound better than the standard Superfast and GTS models. Other updates include the new generation of Ferrari’s side-slip control and rear-wheel steering, which offer even more control to the driver.

Unlike the Competizione’s predecessors, the 599 GTO or the F12 TDF, which never made it to India due to lack of allocations, our sources tell us that a few units of the 812 Competizione and Competizione A will make it here as there has been a fair bit of interest in both these cars from existing customers in the country. When they do make it to India, expect Ferrari to deliver them to customers only next year - similar to when the European deliveries for these limited edition cars begin. Of course, expect to see prices well over the Rs 10 crore mark when launched in India.