The all-new model, which is bigger, plusher and better kitted than the outgoing model, will be sold in with two engine options and in three trims. 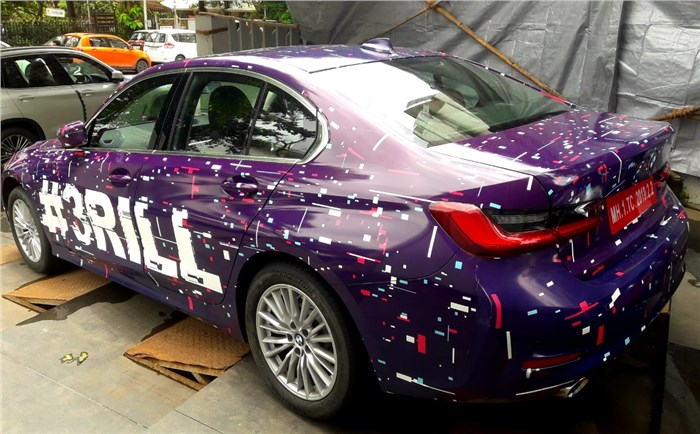 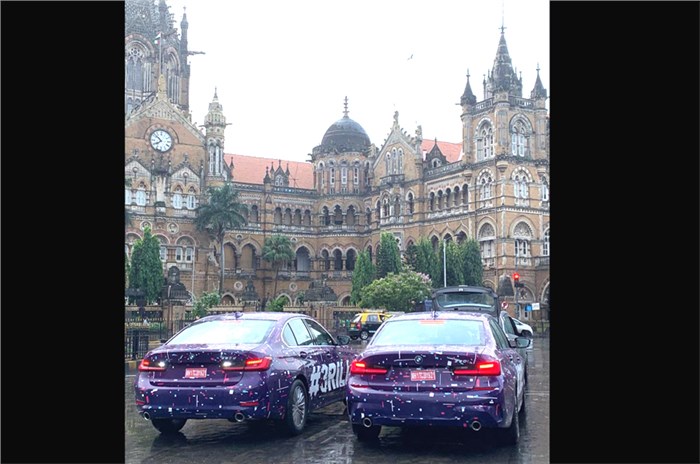 In the run up to the India launch of the new-gen BMW 3 Series – which will take place on August 21, 2019 – the brand has begun accepting bookings for the model on its website. The new 3 Series has also begun arriving at BMW India dealerships across the country. Expected to arrive with a choice of 2.0-litre petrol and diesel engines, the seventh-gen 3 Series has grown bigger, is more comfortable and gets more equipment than the outgoing model.

The new 3 Series (codenamed G20) is underpinned by the same Cluster Architecture (CLAR) platform as the 5 and 7 Series, which explains the increase in dimensions. While the silhouette is nearly identical to the previous-gen 3 Series, the new model gets a raft of design changes including new L-shaped LED daytime running lights and tail-lamps, a bigger ‘kidney grille’ and a thick shoulder line runs above the door handles.

Despite the increase in overall size, interior space on offer with the new 3 Series isn’t a big improvement over the previous model. However, the new model is more practical than the outgoing one as the rear seats get a 40/20/40 split folding function, along with more storage spaces in the cabin. While the boot has also been reshaped for ease of use, it holds the same 480 litres of luggage as before.

In terms of equipment, even the base variants of the new 3 Series will come with an 8.8-inch infotainment screen (a bigger 10.25-inch unit is an optional extra) that is controlled via BMW’s latest iDrive system (accessed though the rotary dial, touchpad, touchscreen, voice commands or gesture control), a reverse camera, LED headlights and three-zone auto climate control. The top-spec trims will add a digital instrument cluster and other premium bits found on more expensive BMWs.

Expect prices for this Mercedes-Benz C-class, Audi A4 and Jaguar XE rival to range between Rs 41 lakh for the base diesel, and go up to Rs 48.5 lakh for the top-of-the-line petrol model.