While the coronavirus pandemic has forced carmakers to rethink new model launch plans, MG Motor has confirmed the Gloster SUV will be introduced as scheduled. 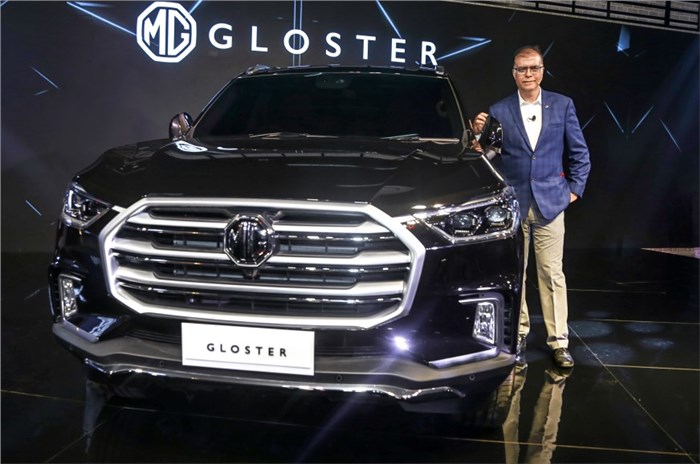 If you’ve had your heart set on the MG Gloster, here's some good news for you. The big MG will go on sale around the festive season as planned. In a #LiveWithAutocar session on Instagram, Rajeev Chaba, President and MD, MG Motor India touched on the impact of the coronavirus pandemic on launch programmes but confirmed the Gloster SUV is on schedule. “Luckily, we had kept some margin with us and it has been delayed, but it [the Gloster launch] will still be before Diwali. We are on track,” Chaba said. Over the course of the session, Chaba also revealed that the Hector Plus will come in June.

The big and bold Gloster got its first India showing at Auto Expo 2020 earlier this year. Longer than even the full-size Toyota Land Cruiser LC200, the Gloster will be pitched as an upgrade from the current crop of ladder-frame 7-seat SUVs like the Toyota Fortuner, Ford Endeavour and  Mahindra Alturas G4. The Gloster will be assembled at MG’s Halol plant and is expected to be priced in the region of Rs 45 lakh.

The Gloster will boast a massive cabin with loads of room for all seven passengers. The MG SUV will be big on features too with LED adaptive headlights, a panoramic sunroof, a 12.3-inch touchscreen, a gesture-controlled tailgate and three-zone air-conditioning expected to be part of the package. The model displayed at Auto Expo 2020 also featured electrically operated rear doors which would be a unique inclusion.

For the Indian market, MG is expected to introduce its own in-house-developed, 2.0-litre, twin-turbo diesel engine that delivers 218hp and 480Nm of torque. The big SUV, however, will initially be launched with a manual gearbox, with an 8-speed automatic likely to be introduced at a later date.

Rajeev Chaba talks about what’s in store for MG, the lockdown and more