MG Cyberster will be revealed as a halo car

The concept is based on a bespoke architecture and could offer a range of around 800km. 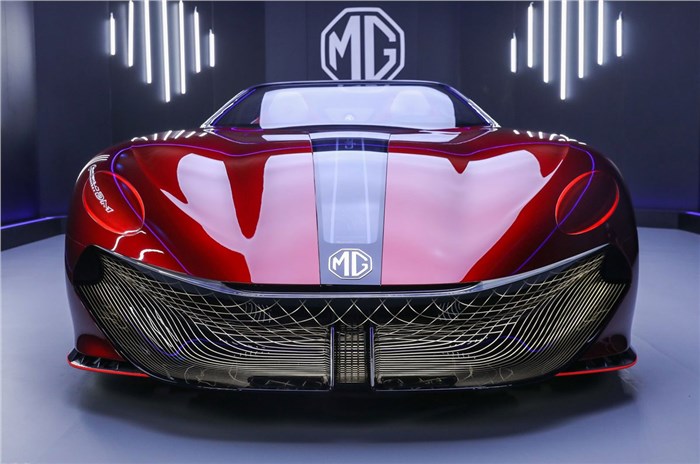 The Cyberster roadster will arrive before 2024 as an affordable halo car for MG, and one of the three new models arriving by that date. It will build on the Chinese brand’s recent phenomenal success in the UK: sales grew 66 percent last year, from 18,415 in 2020 to 30,600.

The MG 4 hatchback will be the first to arrive, later this year, and is the value-driven rival to the Volkswagen ID.3. It is expected to become MG’s biggest seller besides – or even surpassing – the MG ZS small SUV.

“The car stays true to our values of getting more from an MG,” MG UK commercial director Guy Pigounakis said of the MG 4. “It represents cutting-edge technology, it needs to be exciting and it needs to represent fantastic value for money. That doesn’t mean cheap.”

He added, in reference to the ZS EV’s 400km range, that the MG 4 will “be even more competitive on a pound per mile of range basis than today,” but added that pricing for the family hatchback has yet to be decided.

MG Cyberster: could get around 800km range

A production version of the Cyberster, first revealed as a concept at the Shanghai Motor Show last year, is likely to be shown at this year’s Beijing motor show in April, given MG’s history of showcasing new models at major Chinese events.

The concept was said to be based on a bespoke EV architecture, offering a range of around 800km and a 0-100kph time of less than 3.0sec.

Talking about adding the Cyberster to the MG line-up, Pigounakis said, “The problem with sports cars is that everybody loves them, but not many people buy them.” He added, however, that MG’s global volume means it can “afford to invest in sports cars and take a longer-term view on when there will be a return on investment”, adding that having a sports car “will bring us massive PR and marketing benefits”.

The third new MG to arrive by 2024 hasn’t yet been confirmed, but it is likely to be a third SUV, given the continuing consumer demand for high-riding vehicles.

MG Motors sold 2,296 units of the pre-facelift ZS EV last year. MG also launched the facelifted model of the ZS EV at Rs 21.99 lakh. The manufacturer also claims that 25 percent of its sales will be EVs from next year.

What are your thoughts on the MG Cyberster sports car? Let us know in the comments below.