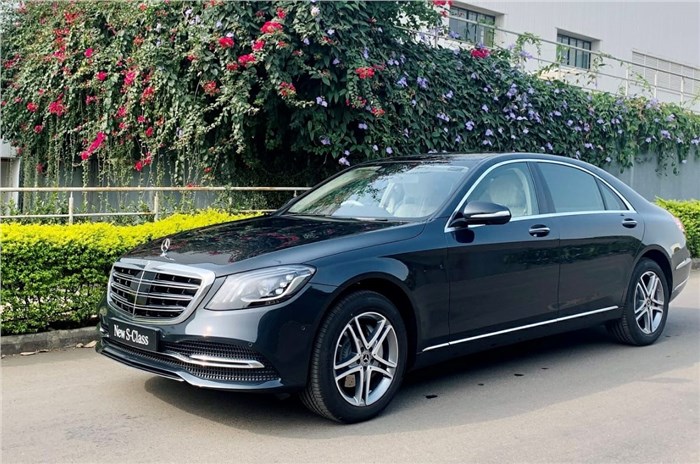 Effectively a swansong for the current-generation Mercedes-Benz S-class, the Maestro Edition features Alexa and Google Home integration, as well as the Magic Sky Control panoramic sunroof.

The current-generation Mercedes-Benz S-class is set to bow out this year, and to give it a fitting farewell, Mercedes-Benz India has launched the S-class Maestro Edition, which is priced at Rs 1.51 crore (ex-showroom). The Maestro Edition isn’t limited to a few cosmetic changes – it also brings added features, albeit for a substantial outlay. Let’s quickly run through what’s new.

One of the most important additions to the S-class Maestro Edition – which costs Rs 13 lakh more than the standard S-class – is a panoramic sunroof with Mercedes’ Magic Sky Control tech, which lets passengers alter the opacity of the sunroof by pressing a switch. Transparency for both the front and rear segments of the sunroof can be configured independently.

Additionally, the S-class Maestro Edition gets a memory package for the front seats – which can be used to save preferred seat, steering and wing mirror positions – as well as eucalyptus wood trim for the interior.

Another highlight with the S-class Maestro Edition is the latest version of the Mercedes Me Connect (MMC) in-car connectivity system. In addition to offering the usual connected car features such as real-time vehicle tracking, speed alerts, remote operation of the windows and sunroof, the latest version of MMC brings Alexa and Google Home integration for the S-class Maestro. Using a Google Home/Alexa Echo device or the mobile app, customers can receive real-time updates or issue commands to the car. 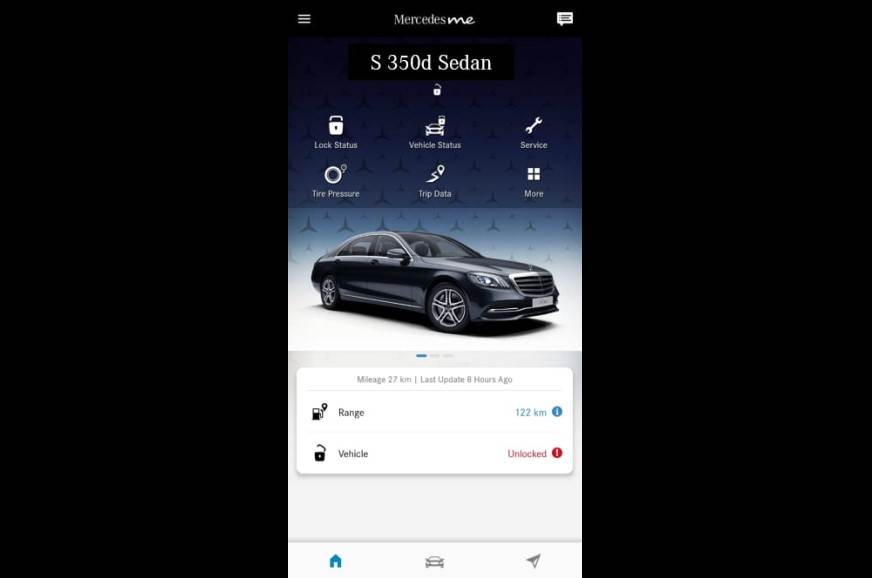 This MMC update also brings another useful function – the navigation system now shows parking lots around the city under the points of interest section, with additional information on covered and non-covered parking spots.

The new features that are part of the latest MMC have also been rolled out to other MMC-enabled cars in the last few days as an over-the-air update, and customers can activate them from inside the Me Connect smartphone app.Do note that while this is the latest version of MMC, the base interface is still the older COMAND system, and not Mercedes' latest MBUX system available on the new-gen models.

Lastly, Mercedes-Benz is offering a new Anthracite Blue paint scheme with the S-class Maestro Edition, and for those who’d like something different, there’s also the option of a Diamond White exterior scheme paired with a ‘Nut brown’ interior.

Based on the S 350d, the Mercedes-Benz S-class Maestro Edition continues with the 3.0-litre, six-cylinder turbo-diesel engine that makes 286hp and 600Nm of torque, paired to a 9-speed automatic. The claimed 0-100kph time is pegged at 6 seconds, while top speed is limited to 250kph.

The current S will make way for the all-new Mercedes-Benz S-class, which is set to be launched in the second half of 2021. While it is more evolution than revolution on the outside compared to the current car, the new S-class’ interior places greater emphasis on technology and connectivity. Mercedes-Benz is expected to launch the new S-class with a choice of six-cylinder petrol and diesel engines, with plug-in hybrid and Maybach versions set to follow.