The 7th edition of the Mercedes-Benz Classic Car Rally (MBCCR) was not only a celebration of the finest Mercedes-Benz cars but equally of the dedication and perseverance of the state’s Covid-19 frontline workers. 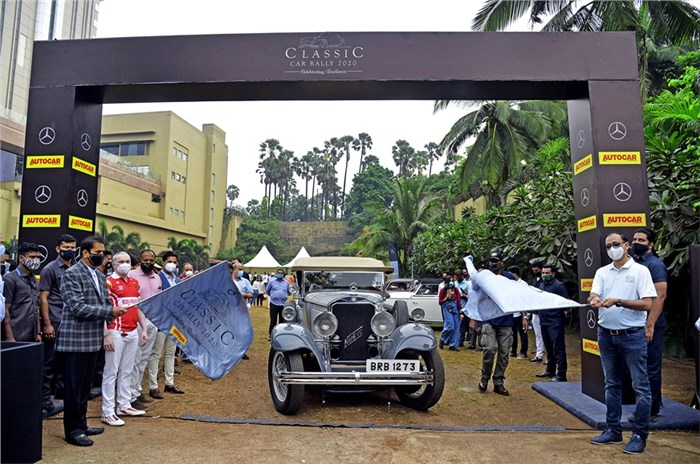 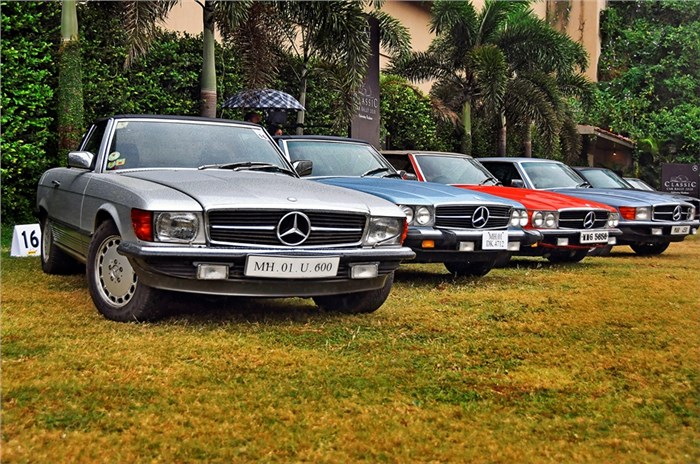 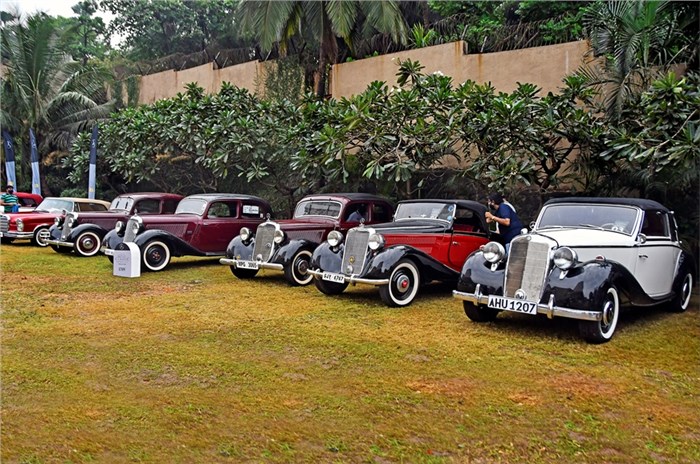 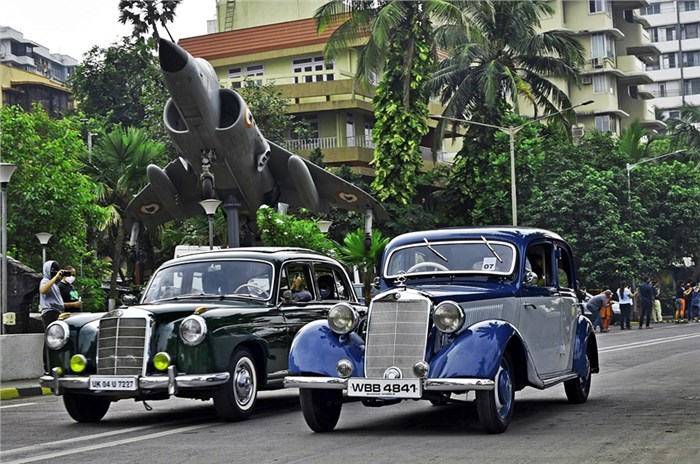 A spectacular assortment of classic Mercedes-Benzes gathered at the Taj Lands End seaside lawn, each of the cars being of legendary pedigree. From Viveck Goenka’s 1929 W08 Nurburg, the oldest car at the event, to youngtimers such as the R129 500SL, it was a bedazzling mix of automotive nostalgia, contrasted judiciously by the Mercedes-Benz EQC electric SUV.

Check out our Mercedes-Benz Classic Car Rally 2020 image gallery for some of the best moments.

A total of 46 cars participated in the 7th edition of the MBCCR, with enthusiastic participants driving in to bring together the rarest collection of Mercedes-Benz model families through the years. Supercar fanatic Gautam Singhania drove in with his impeccable 190SL, while industrialist Viveck Goenka stunned everyone present with his rare and immaculate assortment of Mercedes-Benzes, including icons such as the W111 Fintail. Another noteworthy mention must be made of the W136 170V belonging to Yashvardhan Ruia, and also Zahir Merchant’s W191 170S. Mr. Vikram Bokey from Pune took part in his immaculate 500SEL (W126) that is believed to have run under 25,000 miles since new.  Every classic generation of the E-Class, SL-Class and S-Class was represented at the event, adding to the prestigious lineage of the Mercedes-Benz Classic Car Rally.

The MBCCR was, in a poetic way, symbolic of Mercedes-Benz’s journey through the ages, retaining its timelessness and popularity even in the face of adversity - just like the brand has marched ahead through the last century. A highlight of this edition of the MBCCR was the felicitation of frontline Covid-19 warriors, especially the women in the Maharashtra Police department, who were recognised and lauded by the event’s chief guest, Honorable Home Minister of Maharashtra Anil Deshmukh.

“For the last nine to ten months, we have all been fighting back against the pandemic. The Mumbai Police are not going to give up and the fight will go on for as long as it takes. I’m extremely happy to see events such as these recognising their service to society in this unprecedented time”, said Deshmukh in his address to the participants.

Mercedes-Benz vice president (sales & marketing) Santosh Iyer (VP/MD), who flagged off the event along with Anil Deshmukh, was hugely impressed by the deep-rooted fan-following for the three-pointed star in India. Underlining the show of resilience, he said, “It’s a pleasure to see so many ‘car-proud’ participants, men and women who are proud of the heritage and innovation of Mercedes-Benz cars and have taken great pains to keep their cars immaculately maintained. We at Mercedes-Benz have been relentlessly supporting the state and central governments in the fight against Covid-19, and we will continue doing our bit until the fight is over.”

Perseus Bandrawalla, curator, MBCCR, took pride in the overwhelming support from the participants and authorities alike, and summed up the event articulately. “This year’s MBCCR event is a special one, not only owing to the cars - the true stars of the show - but also because this Rally for Resilience, emerging from a truly trying year, is best represented by these classic Mercedes-Benz cars that have remained resilient against the test of time.” said Perseus, in his concluding address to the attendees.

The 7th edition of the MBCCR was held following strict social distancing measures, ensuring the safety of the participants, who were awarded certificates, trophies and memorabilia for making the event a truly grand affair, yet again.