The sportscar, based on the AMG GT Black Series, has done with away with all creature comforts on the inside and gets more power. 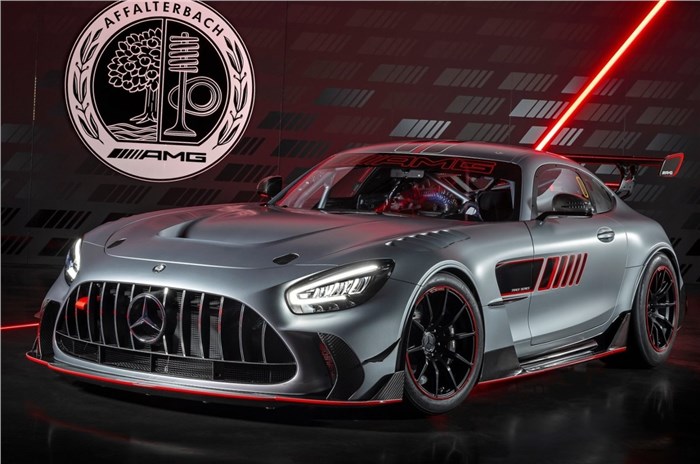 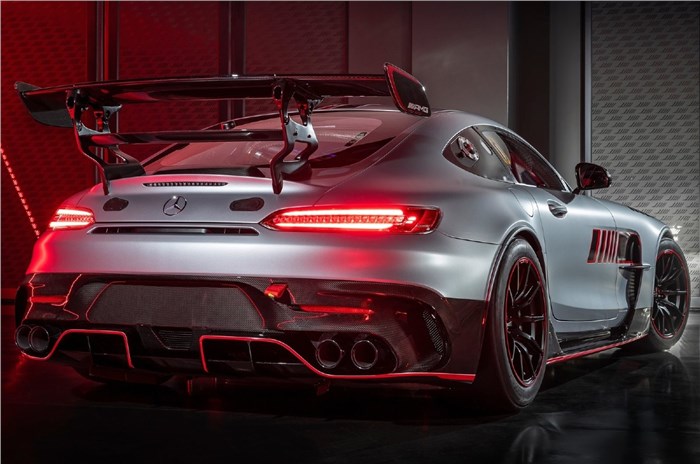 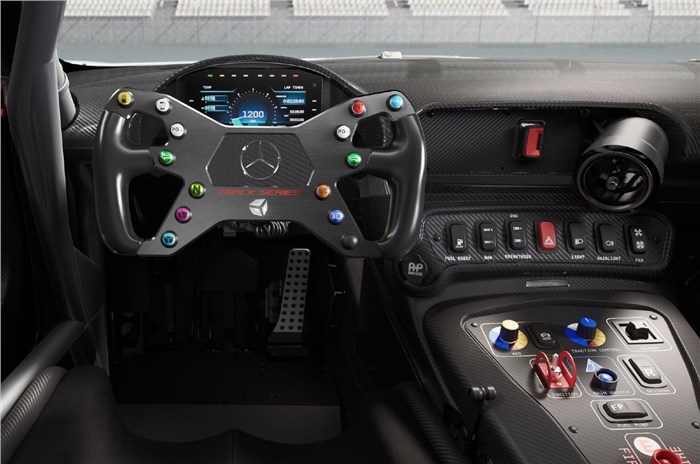 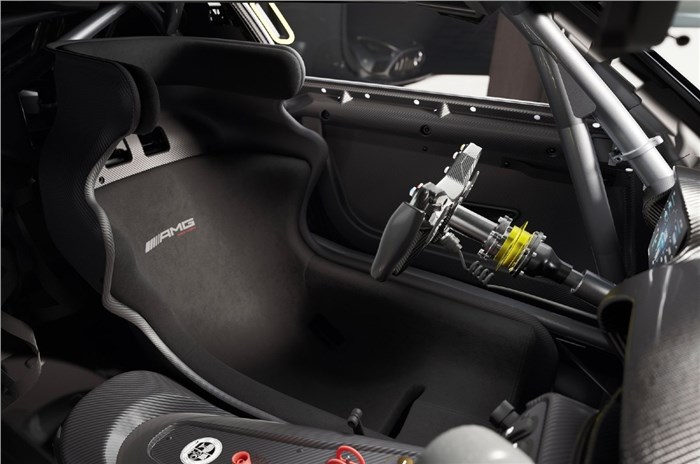 Mercedes-AMG will roll out a number of special-edition models to celebrate AMG’s 55th anniversary. However, there is one car that is grabbing all the attention – the AMG GT Track Series. Based on the AMG GT Black Series, the Track Series is also the most powerful car Mercedes-AMG sells to customers and is limited to just 55 units.

The Track Series has the same 4.0-litre, twin-turbo V8 as the Black Series, but here it puts out 733hp and 850Nm of torque, which is about 3hp and 50Nm more than the latter. The 7-speed dual-clutch automatic has been done away with, and in comes a 6-speed sequential race gearbox that sends power to the rear wheels. The car also has Bilstein dampers and gets a revised suspension, with stopping power provided by 390mm discs up front and 355mm ones at the rear.

The German marque claims to have shaved off even more weight in the Black Series-based car, with the Track Series weighing just 1,400kg. This has been achieved using carbon-fibre components for the bonnet, sills and fenders, with the material making its way on the inside too.

The Track Series’ styling leans more towards the GT3 race car, as it has similar aero elements on the bonnet and bumper. The rear wing, which is similar to the one on the Black Series, reportedly provides additional downforce. The Track Series also gets 18-inch milled and forged alloy wheels.

The interior of the Track Series has bid goodbye to the luxuries present on road-going AMG cars and is doused, almost entirely, with carbon fibre. A racing seat with five-point harness, customisable digital driver display, and an F1-like steering wheel (that resembles the Tesla Model S Plaid’s ‘yoke’) are gentle reminders that you are sitting in a track car.

The centre console has switches for the lights, fuel pump and ignition, while ABS and traction control have 12 levels of adjustment. The car also comes equipped with a fire extinguisher and an extraction hatch. Customers seeking a little more comfort can opt for seat and helmet ventilation systems.

Mercedes-AMG will provide technical training before handing over the keys to the customer, and also give engineering support on track days, if requested.

Mercedes-Benz EQS SUV to be unveiled on April 19