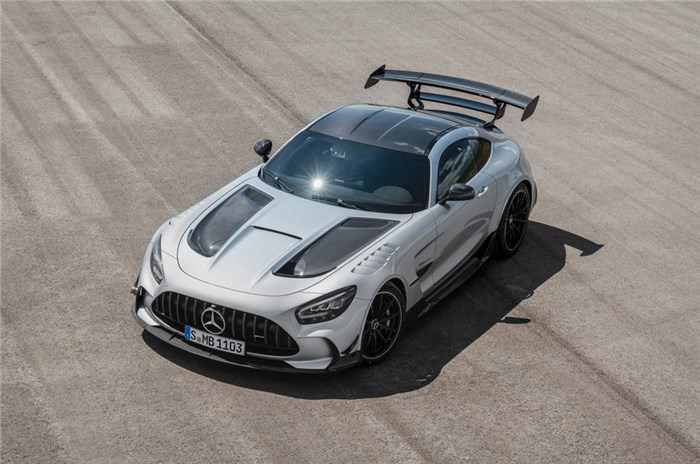 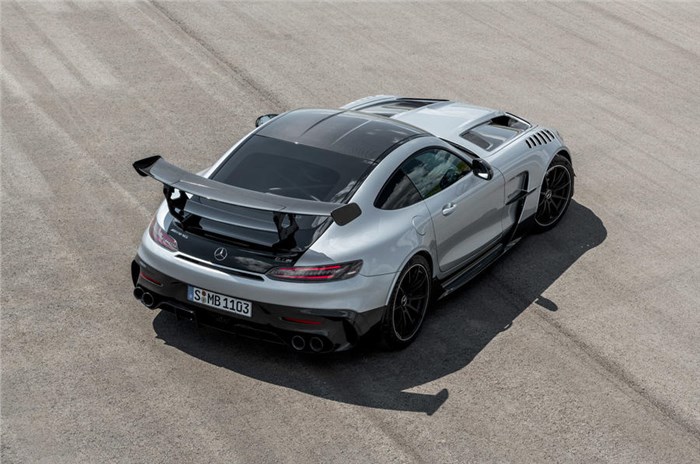 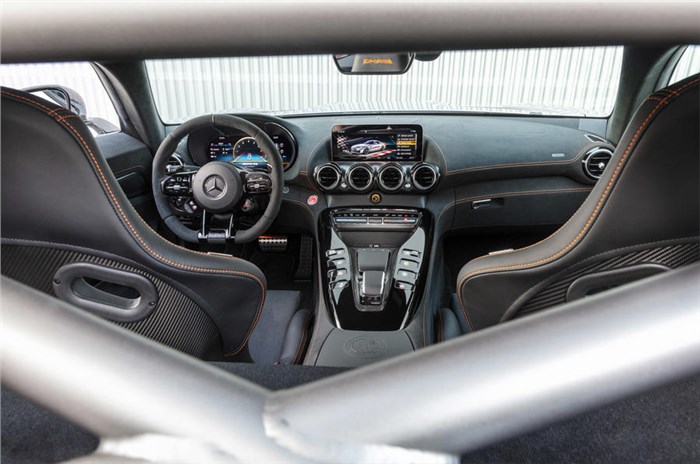 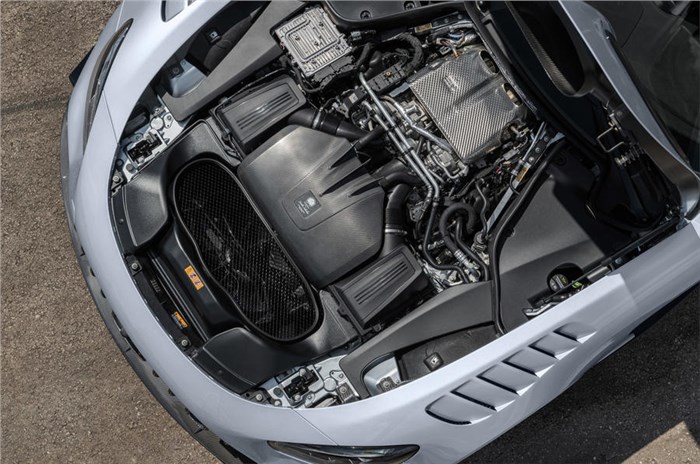 Mercedes-AMG has revealed the long-awaited GT Black Series sportscar, packing the most powerful series-production V8 engine that AMG has yet made. The AMG GT Black Series rivals other track-focused sportscars such as the Porsche 911 GT2 RS and the McLaren 600LT.

The GT Black Series is powered by a twin-turbocharged 4.0-litre V8 that puts out 730hp and 800Nm of torque. That’s 145hp and 100Nm more than the next-fastest variant, the GT R Pro. The Black Series’ V8 has been modified so extensively from the existing GT’s unit that it has been given its own engine code.

The result is a claimed 0-100kph time of 3.2sec, 0-200kph in 9.0sec and a top speed of 325kph. Power is put through the rear wheels only via a 7-speed dual-clutch automatic gearbox, which is itself modified for better shift response and with altered ratios. It combines with a revised Race Start function, promising even more impressive launches.

What are the other upgrades?

The Black Series gets weight reduction over other GT models, courtesy the extensive use of carbon fibre. Aside from the bonnet, roof and tailgate, details such as the transmission mount, new body stiffening structures and even the driveshaft are also made of carbon fibre. Lightweight forged wheels hide standard-fit ceramic brakes with Black Series-specific components. Even the front and rear glass is thinner. However, no weight figure has been quoted yet.

Among the multiple driving mode settings (which also includes a nine-mode traction control system) is a new function in Sport Plus that can detect the racetrack surface and set the car up accordingly. The camber is also manually adjustable, while AMG has worked with Michelin to develop a specific Pilot Sport Cup 2 tyre with soft and hard compound options.

How does it stand out from the normal GT?

The motorsport theme is apparent in the exterior appearance of the GT Black Series, which looks much like one of Mercedes’ GT3 or GT4 racing cars. At the front, a larger air intake combines with airflow-optimising ‘flics’, a two-stage manually adjustable carbon-fibre splitter and a carbon-fibre bonnet with downforce-boosting exhaust air openings and cooling slats.

Wider sill panels contain brake cooling ducts, while a rear diffuser and huge two-piece spoiler feature. The latter gets flaps that can adjust by up to 20 degrees to reduce air resistance or improve stability, depending on the driving situation. Combined with an almost fully flat underbody, the aero measures give the car a claimed downforce of 400kg at 250kph.

While there is no official word yet, Mercedes is likely to offer the Black Series to customers in India. Presently, the German carmaker retails the updated AMG GT R in the country, which was launched at Rs 2.48 crore. There's also the AMG GT 4-door on sale in 63 S guise, which packs a 639hp, 4.0-litre V8 and is priced from Rs 2.42 crore.