Compact SUV achieves sales milestone in 46 months since its launch. 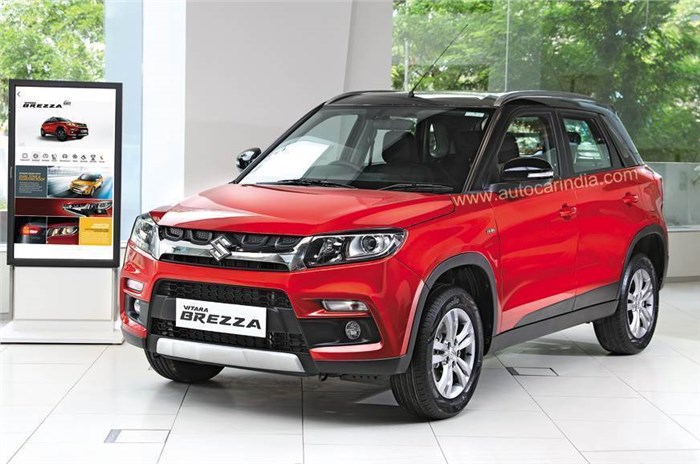 From launch itself, the Vitara Brezza has proved to be a game changer, helping Maruti grab the UV market share, only coming under pressure in the past eight-odd months. In October 2018, it clocked its highest-ever monthly sales of 15,082 units. And, in July 2019, it recorded its lowest yet – 5,302 units. Nonetheless, the fact remains that the Vitara Brezza has been instrumental in giving Maruti Suzuki India a new charge, handing it the sales lead in the utility vehicle market. Presently, the company has a 25.07 percent share of the UV market, with Mahindra & Mahindra second with 20.45 percent and Hyundai Motor India third with 19.18 percent.

The 5,00,000-unit milestone would have been achieved much sooner if it weren’t for the sales slowdown following Maruti Suzuki India's plans to drop diesel cars from April 2020. Add to that the overall market slowdown and the arrival of newer rivals like the Hyundai Venue and Mahindra XUV300 (both also available with petrol engines). However, not all is lost though as Maruti Suzuki is fighting back.

Maruti Suzuki is preparing a refreshed Vitara Brezza that is likely to debut at the upcoming 2020 Auto Expo in February – four years after the model's world premiere at Auto Expo 2016. The compact SUV will come with a petrol engine for the first time. The current model’s ageing 1.3-litre diesel engine will be replaced by the Maruti Ciaz and Ertiga’s 1.5-litre naturally aspirated petrol powerplant tuned to produce 105hp and 138Nm of torque. This petrol-automatic Vitara Brezza will get the same 4-speed torque-convertor automatic as Maruti’s midsize sedan.

The Vitara Brezza diesel, with the current 1.3-litre unit, will soldier on until the BS6 norm deadline. In April last year, Maruti Suzuki announced that the brand will stop selling diesel-powered cars from April 1, 2020. However, there is a possibility that the recently launched 1.5-litre diesel engine from some Maruti models could make a comeback in BS6 form a little later.

Is this the Vitara Brezza facelift?