While it took 29 years for the brand to hit the 10 million sales mark, it took just 8 years to achieve the next 10 million. 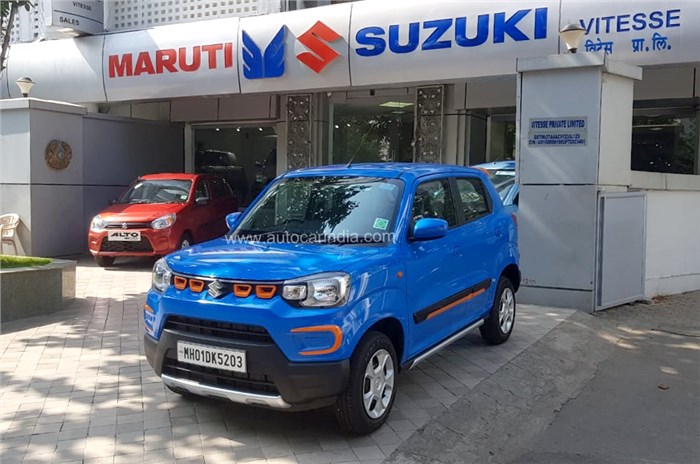 While the first 10 million sales took around 29 years, the brand's next 10 million PVs were sold in a record period of eight years, with the last 5 million coming in just three years – making it the sole Indian carmaker to clock 20 million sales. To put it succinctly: Maruti put the country on wheels.

Kenichi Ayukawa, MD and CEO, Maruti Suzuki India said, “Achieving this milestone is a great accomplishment for Maruti Suzuki, as well as for our suppliers and dealer partners. We are thankful for immense trust placed in us by the customers, long-lasting partnerships with our stakeholders as well as the support extended by the government. Maruti Suzuki was incorporated with a mission to put India on wheels, where every Indian family could fulfil its dream of owning a car, which we continue to work towards.”

He added, “We are committed to bring value to the lives of our customers and delight them through our global technologies, and emphasis on safety and superior quality. This is complemented by an extensive sales and aftersales service network. While Maruti Suzuki continues to contribute to the Indian economy and create employment opportunities across the value chain, the company is committed to give back to the society. Maruti Suzuki continuously invests in CSR activities in the areas of community development (health, education, water and sanitation, infrastructure), road safety and skill development.”

In line with the government’s goal for environment care and lower pollution, Maruti Suzuki introduced factory-fit CNG vehicles as well as Smart Hybrid vehicles, in addition to eight BS6 models rolled out much ahead of stipulated timelines. Along with its parent company, Suzuki Motor Corporation, it plans to introduce a small EV for the Indian market. Currently, it is road testing 50 EV prototypes across the country to check their real-life performance in multiple terrains and varied climatic conditions.

The domestic market sales landmark of 20 million units comes a year and a half after the 20 million production milestone was achieved.

As the Indian automotive industry readies its advent into 2020 – the year that will see the stringent BS6 emission norms come into force – Maruti Suzuki will also exit the diesel-engine car market, a move which will have an impact on some of its popular cars, much to the glee of its competition. The company is known to be a fighter, though, so expect it to come with up with some surprises in the years ahead.