Models that run purely on CNG have their merits but will make sense only when the network of CNG filling stations grows, says Maruti’s CV Raman. 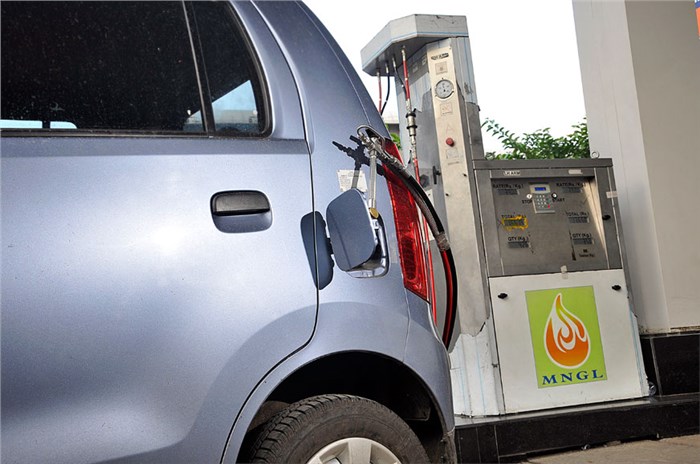 Compressed natural gas or CNG has been an area of focus for Maruti Suzuki for years. Since the first model with a factory-fit CNG kit rolled out in 2010, the carmaker has sold well over 5,00,000 units of its CNG cars. And with Maruti set to withdraw from diesels by April 1, 2020, the carmaker’s CNG line-up could just see a greater interest than before. At present, 6 Maruti cars are available with a CNG version, namely the Alto, Alto K10, Celerio, Wagon R, Eeco and Ertiga.

A point to note is that the aforementioned models are not powered by pure CNG engines but rather petrol-CNG bi-fuel units. In fact, bi-fuel engines based on existing spark-ignition petrol units and modified and re-calibrated for use with CNG are the norm in the industry. While a bi-fuel setup does allow the flexibility to run the car on either petrol or CNG, this arrangement brings with it certain compromises too. CNG performs at its best with a high compression ratio of 13:1 to 14:1, but most donor petrol engines have a significantly lower compression ratio. The Ertiga CNG’s 1.5-litre engine, for instance, runs a compression ratio of 10.5:1. Question is, does Maruti see potential in pure CNG models somewhere down the road?

“Well, we have been looking at it (pure CNG models),” says CV Raman, Senior Executive Director, Maruti Suzuki. He is quick to add, “Having said that, the (network of) CNG stations are still growing. So customer anxiety is still there and so a buyer would prefer a bi-fuel car. Ultimately, the people using CNG are using it also for the economics and it does make a lot of difference in terms of running costs. It has the lowest running costs. So if they have that, they should also have the peace of mind to, when they go out of Delhi or something like that, they are still able to run the vehicle.” Raman did hint the government’s plan to have 10,000 CNG filling stations by 2030 could provide the necessary push towards pure CNG. “If a lot of stations are there, then the range anxiety is not there and the queues are not there. The people can look at a dedicated CNG, so to speak. From an economics point of view, it’s very good,” Raman says.

At present, there are 1,856 CNG filling stations in India, primarily concentrated in NCR, Maharashtra and Gujarat.

Speaking to our sister publication Autocar Professional about a month ago, Raman had said that the company had already increased its volume of CNG vehicles to over 1 lakh units annually.