Maruti Suzuki’s in-house developed 1.5-litre diesel engine will be rolled-out across the carmaker’s line-up. S-cross likely to be third model to get new engine. 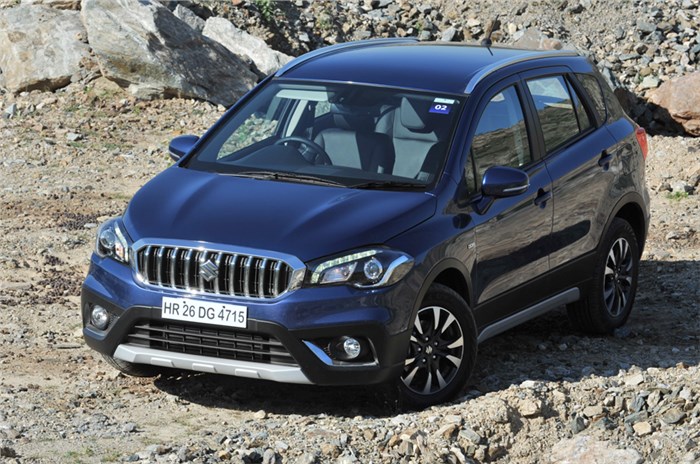 Maruti Suzuki’s all-new and in-house developed 1.5-litre diesel engine is finally set to make production. The engine will be rolled out in the coming weeks on the Maruti Suzuki Ciaz and will also find its way on the Ertiga after. According to sources, the third model to get the new engine will most-likely be the Maruti Suzuki S-cross crossover. At present, the S-cross is available with a Fiat-sourced 90hp, 1.3-litre diesel engine with Suzuki’s SHVS mild-hybrid tech. In the past, the S-cross was available with the 1.3 (without hybrid) and a 120hp, 1.6-litre diesel, again from Fiat. A high price and low demand resulted in Maruti discontinuing the latter engine altogether.

Maruti Suzuki’s new 1.5-litre engine will replace the Fiat-sourced 1.3 across the product range in the run up to the implementation of BS-VI emission norms. The new four-cylinder 1.5 unit is expected to produce 95hp and 225Nm of peak torque, an improvement of 5hp and 25Nm of torque over the current 1.3-litre. Expect fuel efficiency figures to improve over the current model’s ARAI-rated 25.1kpl. While this new diesel motor has been developed to comply with future emission norms, it will launch in the Ciaz in BS-IV form and later be upgraded to comply with BS-VI norms before it begins in 2020. It is not yet clear if the engine in the newer S-cross will be BS-VI compliant when it first arrives in showrooms.

Interestingly, unlike the 1.3-litre S-cross, which was updated in 2017 with a refreshed design and a mild-hybrid set-up, the 1.5-litre S-cross is not expected to get the mild-hybrid system. In addition, the 5-speed manual gearbox will be replaced with a new 6-speed manual, which will continue to power the front wheels.

Expect prices of the S-cross with the 1.5-litre diesel to rise in comparison to the outgoing model, especially after the engine complies with BS-VI norms. Maruti Suzuki has admitted that BS VI-compliant diesel motors will be about Rs 1.5 lakh more expensive than their equivalent BS-IV counterparts.