Suzuki’s long-awaited in-house diesel engine will be launched in BS-IV form, initially; expected to make 95hp and 225Nm of torque. 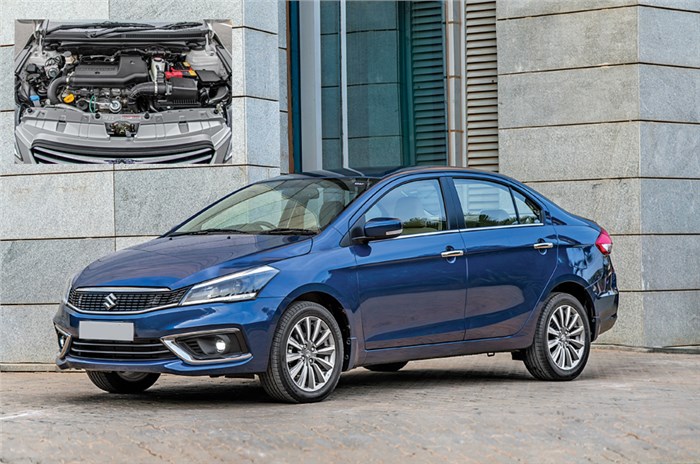 The Maruti Suzuki Ciaz facelift launched with the Fiat-sourced 1.3 diesel (inset), which will now be replaced.

After much speculation over the timing of its launch – and even over its development – Maruti Suzuki is confirmed to roll-out its new and in-house-developed 1.5-litre diesel engine in our market next month. The engine will first be deployed on the Ciaz sedan; and then be offered on the all-new Ertiga shortly after.

Reports suggest that the four-cylinder unit will produce about 95 hp and 225 Nm of torque. As with most Maruti cars, fuel efficiency is a high priority and the Ciaz with the 1.5-diesel is likely to offer upwards of a claimed 26kpl.

Although the new 1.5-litre diesel motor has been developed to conform to future emission regulations, Maruti is expected to initially launch a BS-IV-compliant version. The BS-VI engine will come into play ahead of the 2020 deadline. The move to launch the new engine in its BS-IV form is centred around costs. BS-VI engines feature costly additional hardware, which would make it difficult for Maruti to price the Ciaz competitively against its existing BS-IV rivals. By Maruti's own estimates, BS VI-compliant diesel engines will be dearer than their equivalent BS-IV versions by up to Rs 1.5 lakh.

The 1.5-litre engine is a part of Suzuki’s new family of in-house-developed diesel engines, which also includes the 800cc two-cylinder unit that made its debut in the now-discontinued Celerio diesel. Refinement was said to have been an issue in the development programme so it will be interesting to see how well the engineers have addressed the problem in the upcoming unit.

Maruti’s current Fiat-sourced 1.3-litre diesel motor will be not be upgraded to meet the new emission norms and will be phased out by 2020, before the new norms kick in.