All-new compact SUV coupe to sit above the Vitara Brezza and will be underpinned by Maruti's Heartect platform. 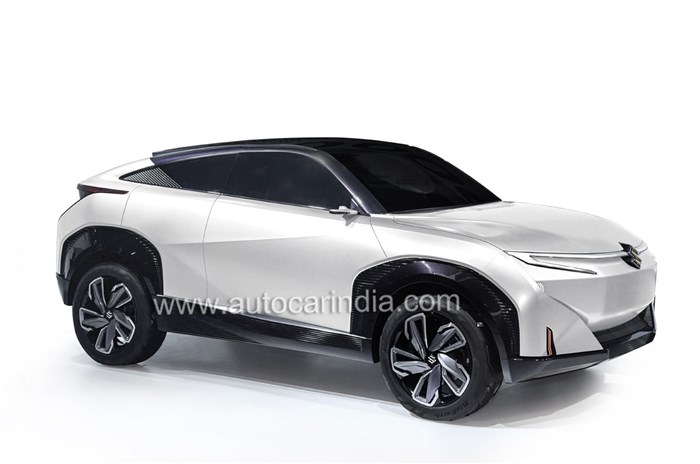 Maruti Suzuki is readying a second compact SUV that will be a more premium alternative to the Vitara Brezza. Codenamed the YTB, the new compact SUV is expected to be underpinned by Maruti's Heartect platform and will go on sale via the company's Nexa dealership chain.

To start with, unlike the Brezza, the YTB is expected to use Mauti's Heartect platform that has underpinned all new Marutis to launch in recent years. The Brezza in comparison is based on the Suzuki Global C platform also used by the larger S-Cross. Maruti is looking to target a younger audience with the YTB, and, to that extent, it is expected to be the sportiest of Maruti's SUVs getting a more SUV-coupe design. It could be the production derivative of the Futuro-e concept from the 2020 Auto Expo.

The new Compact SUV will sit above the Brezza in Maruti's line-up, expecting to rival the higher feature-loaded variants of the Hyundai Venue and Kia Sonet, among others. The SUV will be sold via Maruti Suzuki's Nexa premium dealership chain. Expect the compact SUV to be loaded with features to take on its rivals. Little is known about the cabin of the new YTB, though one could expect it to share common switchgear with models such as the upcoming updated Baleno and the Brezza.

Coming to the engine, like the Brezza, the YTB will be a petrol-only SUV and come with Maruti's 1.5-litre petrol engine. However, unlike the mild-hybrid tech available with the current crop of models, expect a greater degree of electrification to be offered in the YTB.

New Maruti compact SUV: When will it arrive?

Maruti is readying a slew of new and heavily updated models for the Indian market in the coming years, with as many as five new SUVs – including the YTB – to hit the market. While a specific timeline isn't yet known, this new SUV could see light of day most likely by early 2023.  The carmaker is also readying a Creta-rivalling SUV, a larger seven-seat SUV, the much anticipated Jimny as well as a major update for the Vitara Brezza.

Moving to its hatchback range, Maruti recently launched the new second-gen Celerio with the coming year expected to see the Baleno premium hatchback receive a major update and the roll-out of an all-new Alto.

Are you looking forward to a sub-4m SUV-coupe from Maruti Suzuki? Let us know in the comments.