Move aimed at making the Alto K10 compliant with the new safety norms that come into effect from April 2019; upgrades increase its cost to begin at Rs 3.66 lakh. 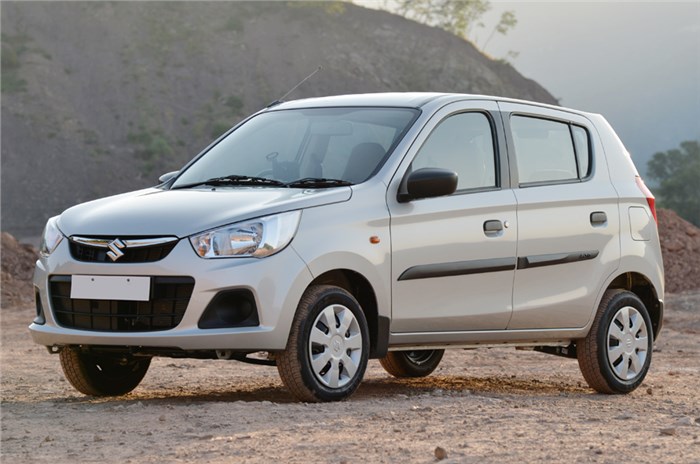 The Alto K10 – the more powerful version of the country's largest-selling car Alto – has received a host of safety upgrades, as norms stipulating the standard fitment of safety features come into force, beginning April 2019.

Maruti has announced that the Alto K10 now comes equipped with additional safety features such as ABS with EBD, driver-side airbag, reverse parking sensor, speed-alert system and driver, co-driver seat-belt reminder. It said these are in compliance with the Automotive Industry Standard (AIS) 145 safety norms.

First of the new safety norms that come into force in India this year relate to ABS or the Anti-Lock Braking System. Starting April 1, 2019, all four-wheelers manufactured in the country have to be compulsorily fitted with ABS.

The directive for fitment of ABS will be followed by a bunch of other mandatory vehicular safety measures such as a driver-side airbag, a speed warning system, a seat-belt reminder for driver and co-driver and rear parking sensors that'll have to be standard on all cars from July 1, 2019.

The Alto's key rivals, the Renault Kwid and the Datsun Redigo recently received safety updates to make them compliant with the norms. However, while the Kwid was equipped with the same safety kit as the Alto K10 as standard across all variants, which resulted in a price increase of Rs 10,000-15,000 depending on variant, the Redigo was only updated with an ABS (price hike of Rs 3,000-4,000 according to variant).

Maruti's decision to upgrade the Alto could be seen as a stop gap arrangement before the stringent crash test norms come into place for all models from October 1, 2019. The carmaker is expected to launch the all-new Alto, which will be capable of meet those norms, around that time. The requirements for full-frontal impact, offset-frontal impact and lateral/side impact have already been brought into force on new cars launched after October 1, 2017.